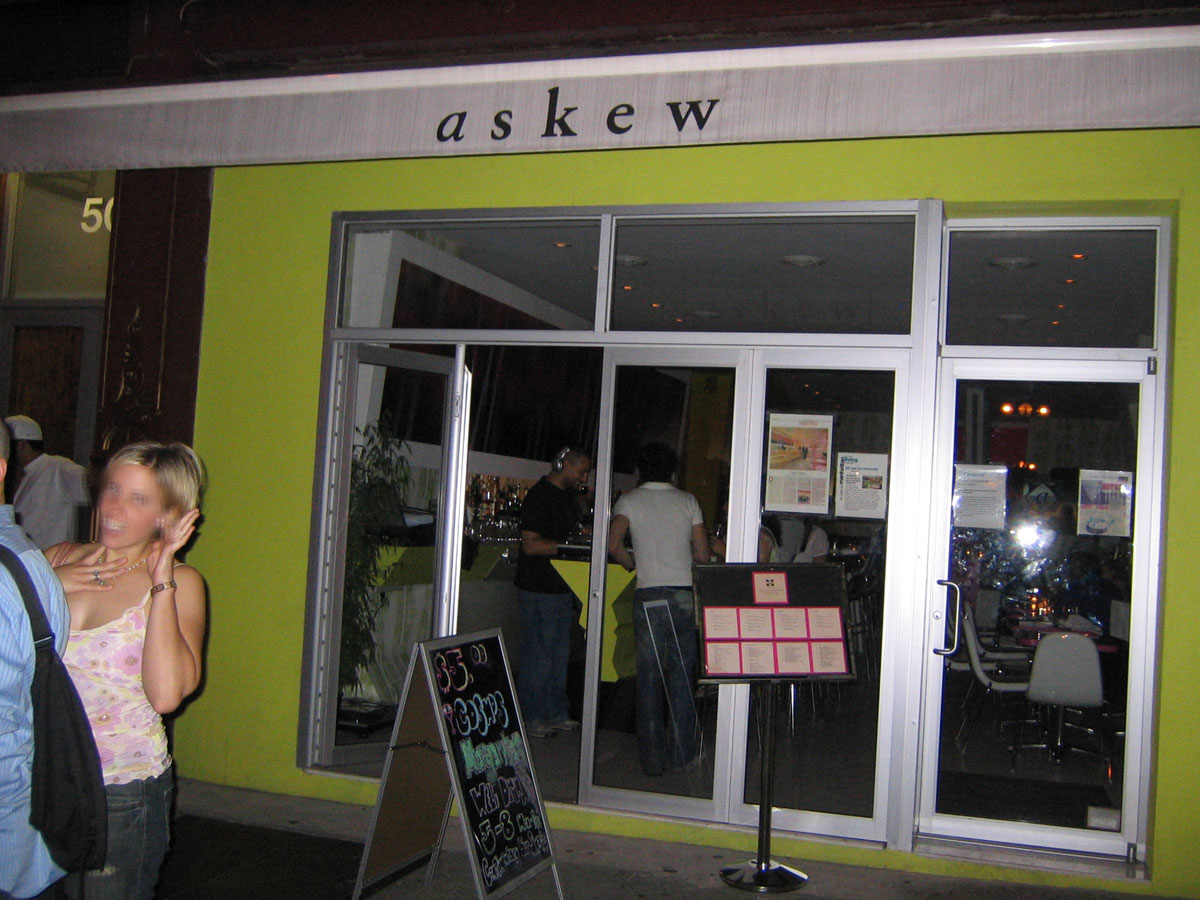 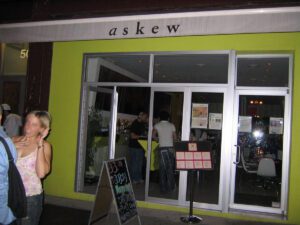 This place is more confused than Jamie Lee Curtis’ first gynecologist. Is it a restaurant or a bar? Is it hip, or is it a cast-off of a bygone era of kitschy Jetson-like nostalgia? Okay the Jetsons isn’t really a good benchmark; more like Japanese Hello Kitty, Target pastiche. What the hell do I know about interior design, anyway? It’s less the decor than the set up of the space. It’s basically an open space with a few tables stuffed in the back on a platform. When I first walked in with our group of about seven, I honestly had no idea where we were going to sit. And then I realized tat there was no air conditioning and I decided the best place might be in a movie theater somewhere. We were there relatively early, and NYU was out for the summer, so the patronage was pretty weak. Speaking of weak, let me tell you to stay the hell away from Brahma beer. It tasted something like I imagine a melted penny in rusty-piped Mexican tap water would. The small plates of were, as they usually are with tapas-like grub, hit or miss–and not terribly varied or abundant. People seemed to like their funky cocktails, which is apparently one of Askew’s draws, and I eventually ordered something that didn’t burn my esophagus. I can’t imagine coming here as a bar, and honestly can’t see it making it as a restaurant, so your guess is as good as mine… [MF]