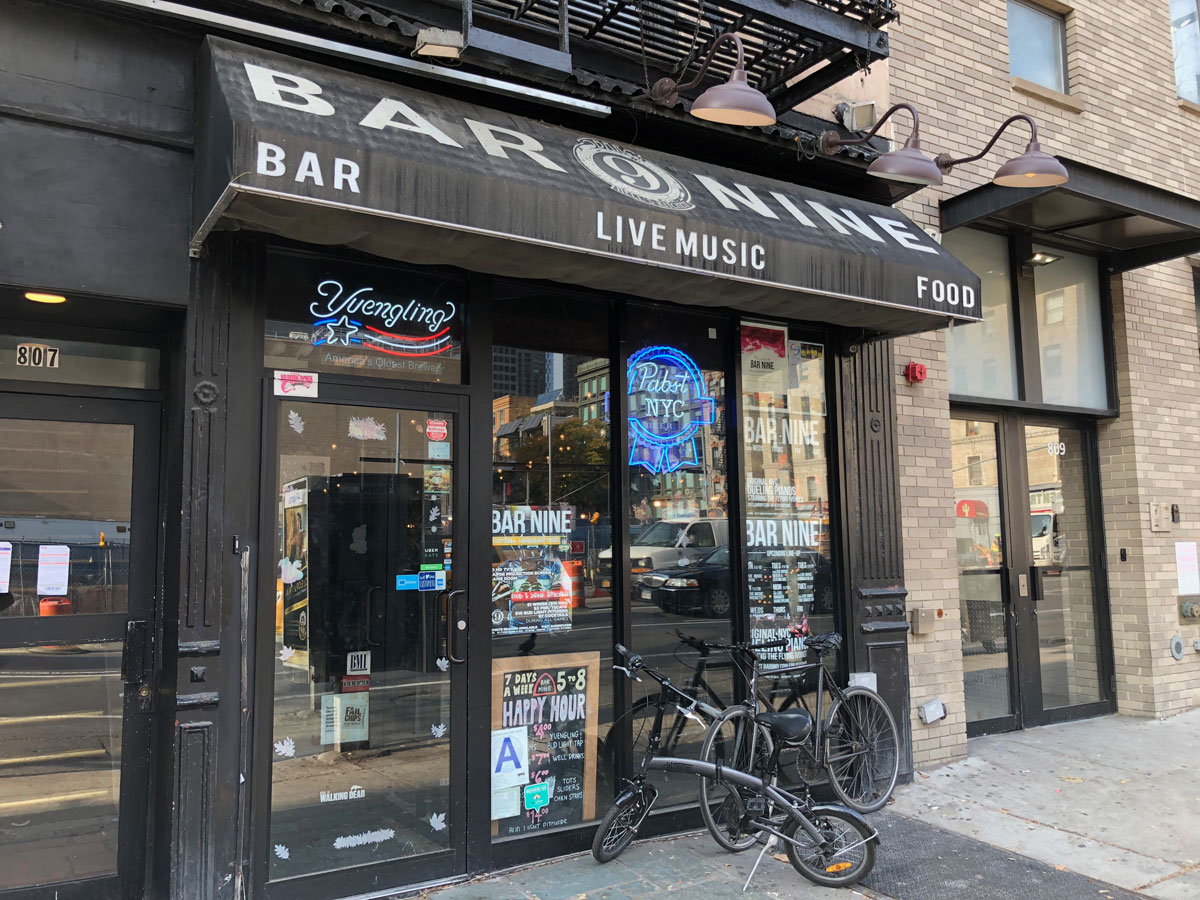 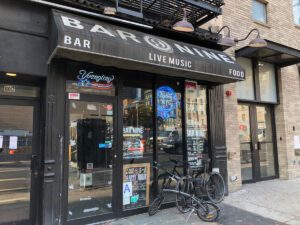 By Jove I think they’ve got it. A decent mix of young and old, traditional and trendy, pub and lounge. Bar Nine may not have the swiftest bartenders (one could not for the life of her figure out the difference between tonic, soda and Ginger Ale, nor did she know how to properly separate a Heineken from its top), but they do have a winning formula that brings in both long tables, low slung couches and a wood bar to sidle up to. Based loosely on some sort of Moroccan amalgam, the space is relatively large, and includes several different raised platforms, alcoves, back rooms and eating areas. While the place isn’t going to win any culinary awards or the Nike award for quick service, the grub is typically tasty going down with pint after pint of Harp, Stella, Guinness, etc., and the waitress was friendly and wasn’t afraid to tell us what she thought about the chicken quesadilla (it was her favorite!) [MF]