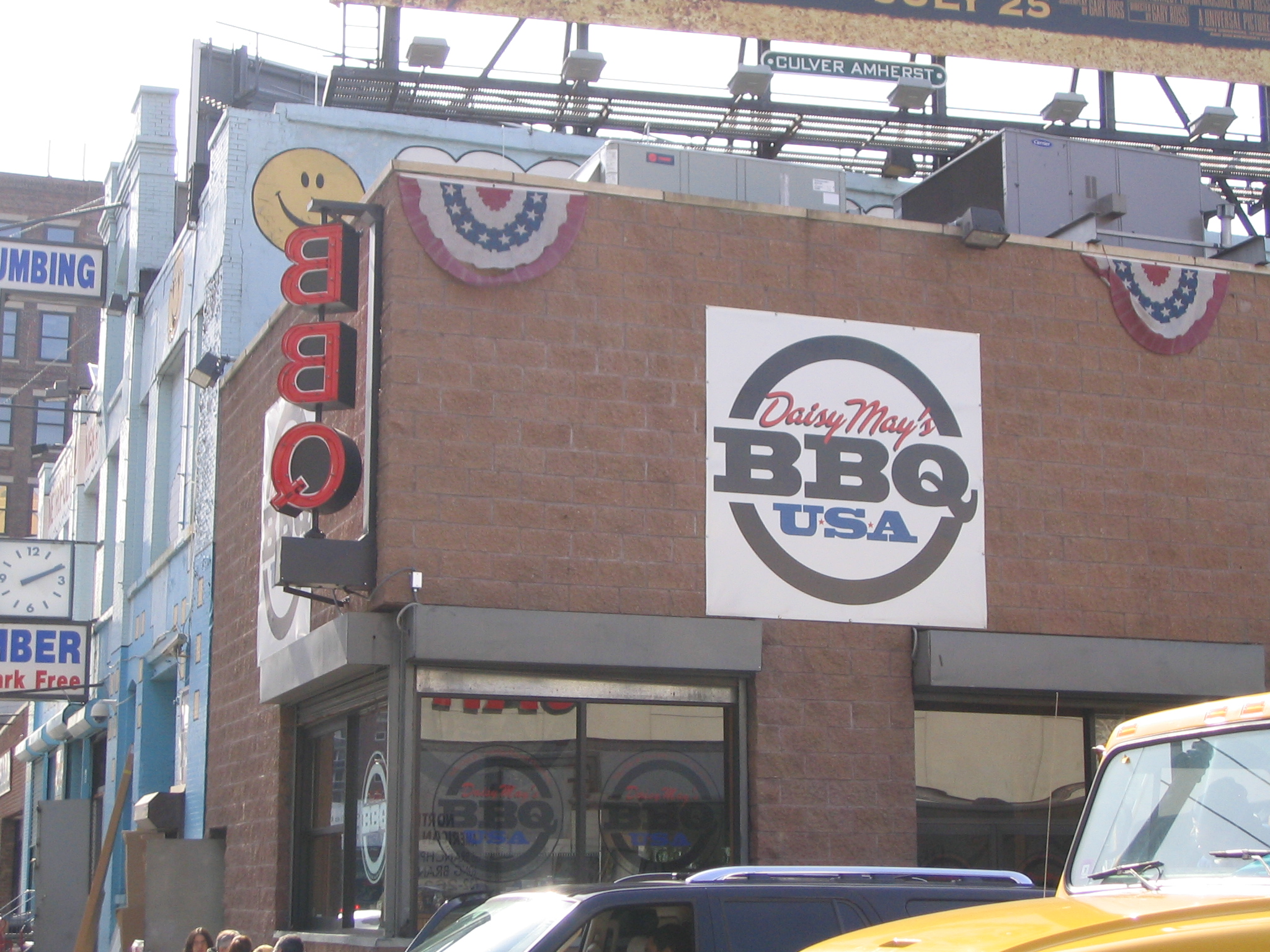 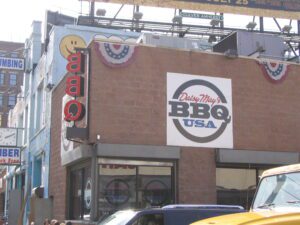 How we even found this place is beyond me. After trekking to the outer-limits of the Isle of Manhattan (through a rainstorm no less), we finally arrived at what was promised to us as the BBQ promised land. The fact I was soaked to the bone did not immediately endear me to this joint, and things didn’t improve when we came to the realization that there was absolutely nowhere to sit. I don’t mean it was crowded and there were no seats left; there were just no seats at all. Apparently the promised land couldn’t afford a fuckin’ stool or two. And then came the piss-poor attitude. Sweet, you mean I get to hike to the middle of nowhere in a driving rain and then get abused for the pleasure! Somehow the douchebags behind the counter seemed pissed that we were ordering food. How dare we. And then we had the nerve to try to order the rustic creamy corn with Wisconsin cheddar side. Yeah, we’re kinda out of that. Um, you’re out of corn? Yes, we have no more corn. Seriously, how do you run out of corn–the staple of BBQ places everywhere? Look, asshole, we’re just out of it, so shut the hell up and order something that we do have. So, begrudgingly, I ordered mashed potatoes and Cajun dirty rice and beans sides with the Tennessee whiskey beer can style half chicken entree and headed back out into the storm to trudge back to the office to eat the stuff at my desk like a schnook. And, goddamn, if they didn’t give me the wrong sides after all that grief. Instead of the mashed potatoes they gave me something called baked beans with burnt ends. Wet and pissed, I took a couple fork-fulls of the strong-smelling legumes. “What an odd taste,” I remarked to my office-mate. “Yeah, that’d be pork, you idiot,” he claimed. Swine! I knew it! They were trying to poison me for being to vehement about the damn corn. After ditching those on my pig-hatin’ friend, I dug into the chicken. I wanted it to suck. I wanted it to really suck so I didn’t have to ever go back to this place. And, of course, the stuff was delicious. It was tender and spicy and flavorful and awesome. Granted, it was a little colder than I would have liked it after our adventure, but I just couldn’t deny its goodness. If I ever run across this Daisy May woman, I may slap her in the face for making the experience at her restaurant so excruciatingly painful, and then kiss her feet for making some of the best BBQ chicken I’ve ever had. I’m a very complicated man. [MF]