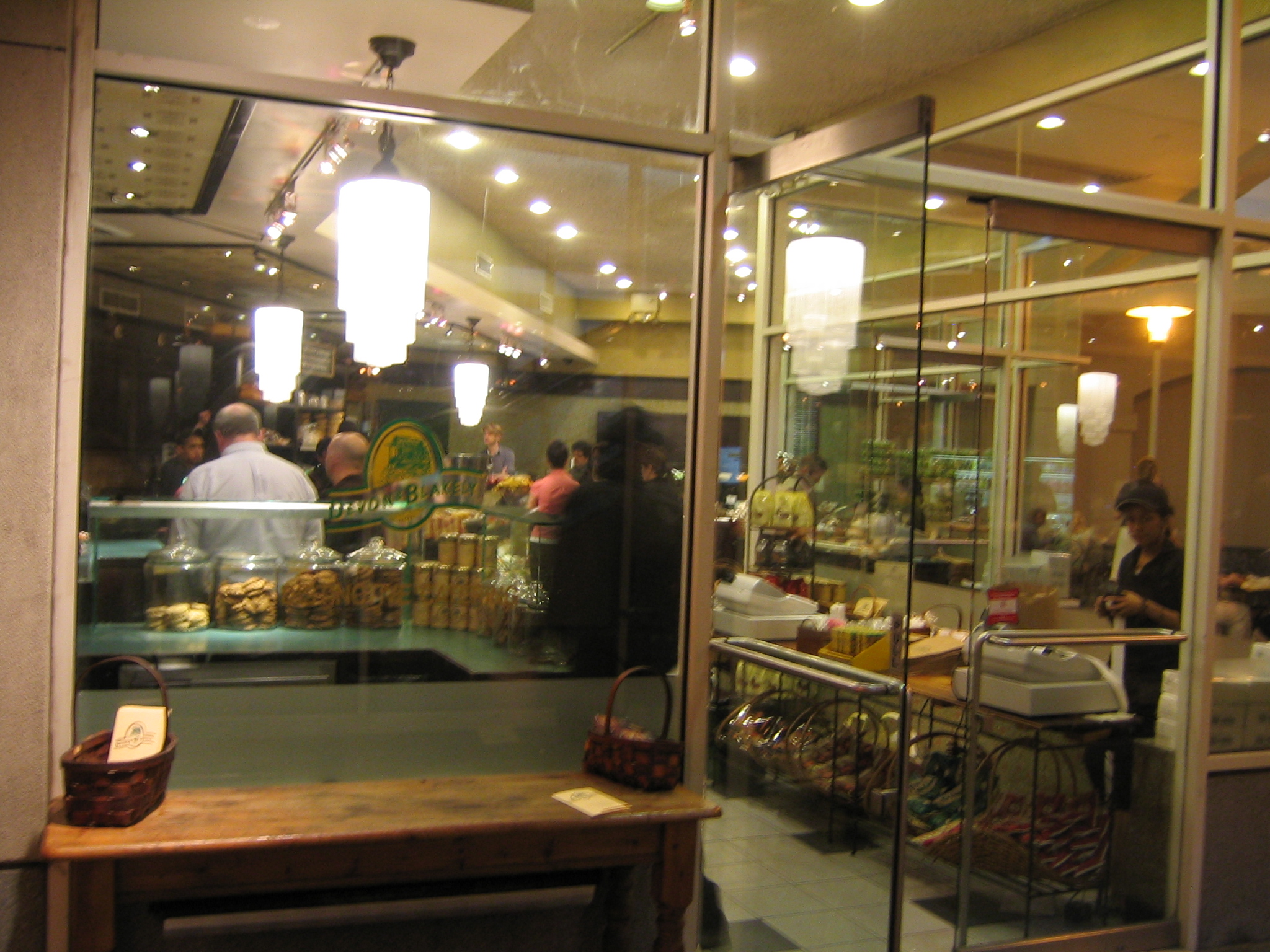 Possibly one of the oddest restaurant spaces in Manhattan, this Devon and Blakely franchise is shoved in a glass cage at the bottom of some subway-looking stairs next to a subterranean eating patio. I kept waiting for a bleeding Darryl Hannah in a plastic raincoat to come smashing through the windows and flop dying at my feet like a drowning fish. Instead I was faced with a flaccid eatery filled with absolutely nothing to eat. It had been a while since I’d been to one of these “boutique” chain lunch joints (the oxymorons keep on coming), and I apparently didn’t read my own site before wandering the half-block from work to get here. I must have had a stroke that day. I mean, what the hell did I think was keeping me from eating at this place considering its utter and complete convenience? Other than past experiences with the franchise, fear of rogue replicants, confusion over its resemblance to one of those little tram booths that sit inside the Lincoln Tunnel (into which they always stuff like the fattest, sleepingest cop on the PA force), I blame my negative feelings on my pure–and well documented–hatred of soup as a lunch substitute. And D&B gets all cutesy with the broth, making me just want to shout it out loud that soup can have just as much fat and calories as anything else that’s terrible for you, but still leaves that empty feeling that can only be filled by a giant cookie, chocolate covered brownie or two slices of your co-worker birthday-boy- Joey’s Little Pie Company carrot cake. So by the transitive property, soup makes you fat. Whatever your opinion on having what the soup council is branding “the other liquid lunch,” I don’t suggest you come here to get it. I’ll just try to remember that myself the next time I run across one of these places whose time has passed it by like tears in rain. [MF]