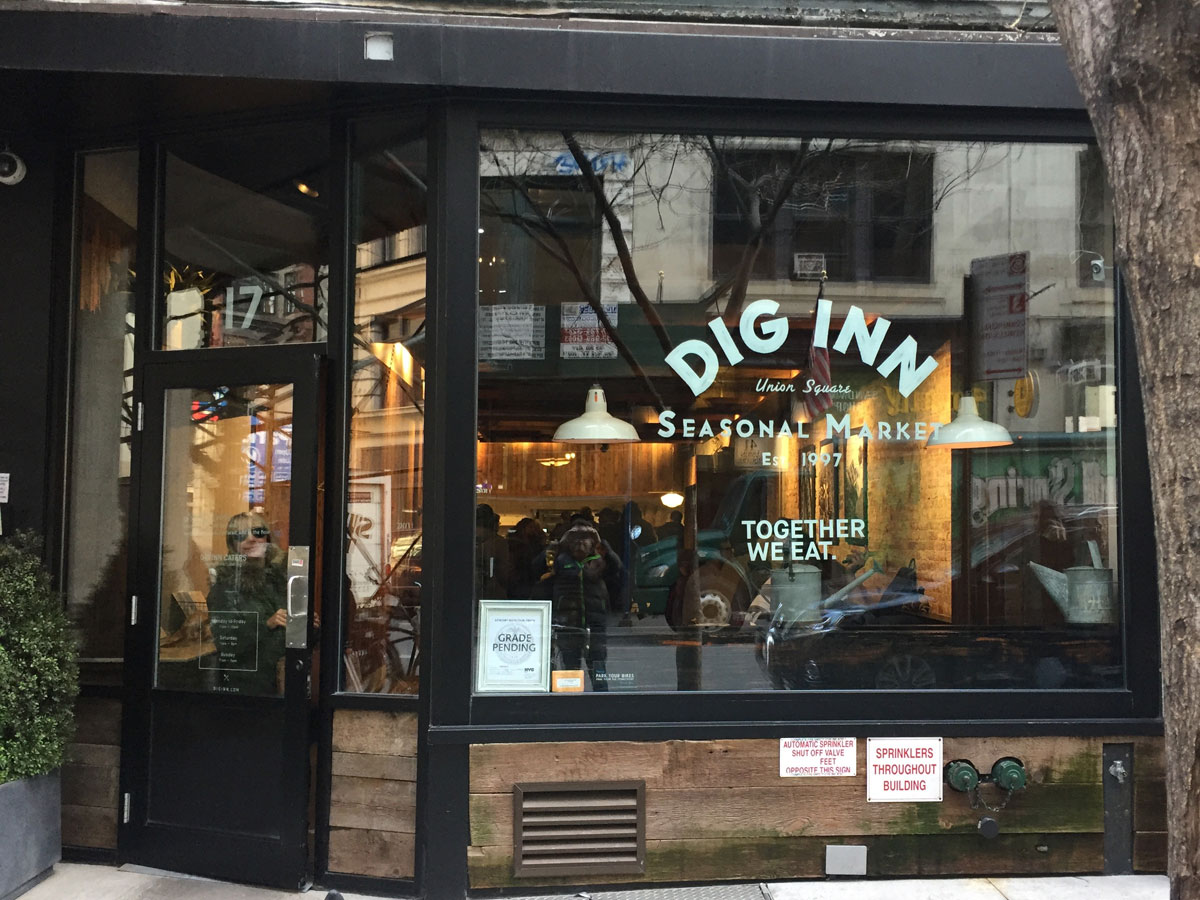 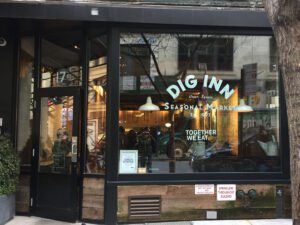 Options in the Flatiron and Union Square area used to be slim. In fact, back in the day, Union Square was a complete shithole. I know — hard to believe! Now it’s a tourist mecca, swarming with gawky Germans and Swedes, but it’s also teaming with women and men just looking for something not disgusting to eat. I mean, there are only so many days in a row you can eat a reheated slice from the pizza joint with the B health grade or the halal cart with no rating at all. As it is, the area is on the way up in terms of culinary delights. In fact, it’s almost impossible to get away with a quick lunch for under ten bucks if you’re planning to go some place that won’t give you a bad case of the cold shakes and an incurable rash. Enter Dig Inn, the mini-chain with about fifteen restaurants in and around Manhattan, including three or four within about a three-minute walk of this Union Square location.

So what does Dig Inn offer that I can’t get at, say, Pret? Well, the feeling that the owners actually give a shit about the food, for one. And at least the feeling — fake or not – that what you actually end up eating is fresh and not the worst thing in the world for you. Like I finish eating Dig Inn and don’t immediately want to take a nap or sign up for a gym membership. It could be the fact that I tend to actually eat vegetables for lunch when I go there. Generally brussels sprouts or broccoli and almost always sweet potatoes. And they’re well-seasoned with garlic and things like lemon zest or various herbs and funkiness. And, generally, the people eating there look healthier than they do at your average takeout restaurant. And this is totally what I base my lunch choices on: the look of the patrons. The only time I feel a little less-than-stellar about myself is when I cheat and get the mac and cheese that, despite being somehow made with cauliflower in some way, is really damn good. And, yes, I know that it cancels out the brown rice and whatever veggie I pick that day, but I really enjoy the shocked — and somewhat jealous — look on the faces of the yipsters (those are yuppie hipsters for all of you out there — or are they yupsters) when I order the dairy and gluten. For shame.