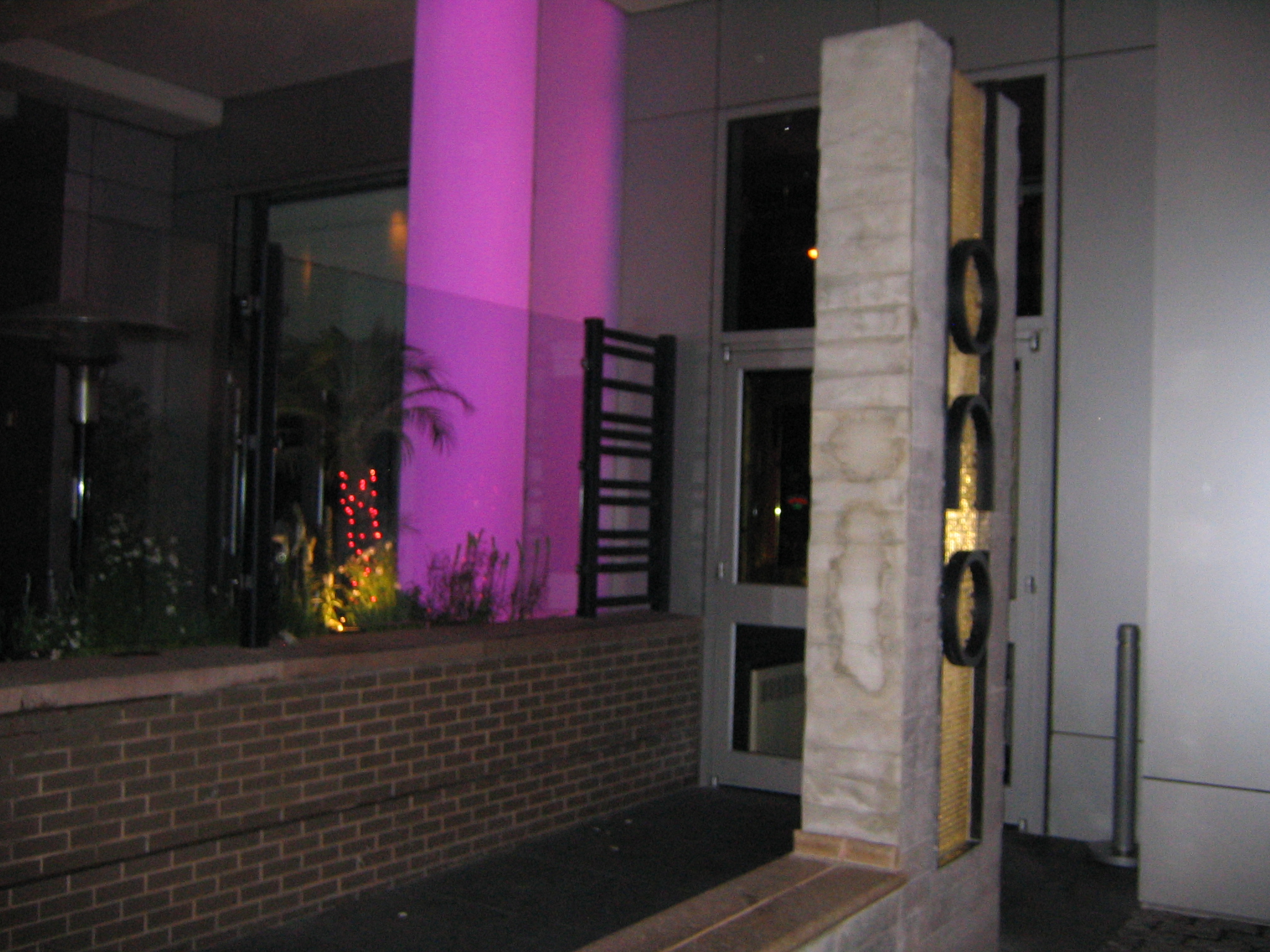 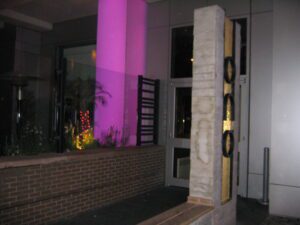 Ono is apparently Japanese for “eh.” Or perhaps it’s Meatpacking District lingo for “style over substance.” Quite honestly I was too busy looking around at the funky space to pay attention to what I was eating. Our meal was mostly little plates of various skewered things with dipping sauces and sushi. The unfortunate thing for purveyors of raw fish in this town is that there are so many good ones at reasonable prices that you really have to do something different to make yourself stick out from the crowd. So Ono has the cool, high-ceilinged modern room, with its separate round bar out front and its open sushi chef pen lining the side of the dining room. That’s a step in the right direction, but it’s there where things that make it special kind of stop. I’m not saying they don’t try, and I’m not saying any of it’s bad–in fact some of it is quite tasty–but I just wasn’t feeling that certain special something that comes with a new foody find. I could see this as a decent place to bring your folks when they come in from out of town (except my folks, who come from the land of starlets and sushi, Los Angeles), as the joint has to be very New Yorky and flashy, but not necessarily the crazy fish factory that other, more drab restaurants in Manhattan might be. [MF]