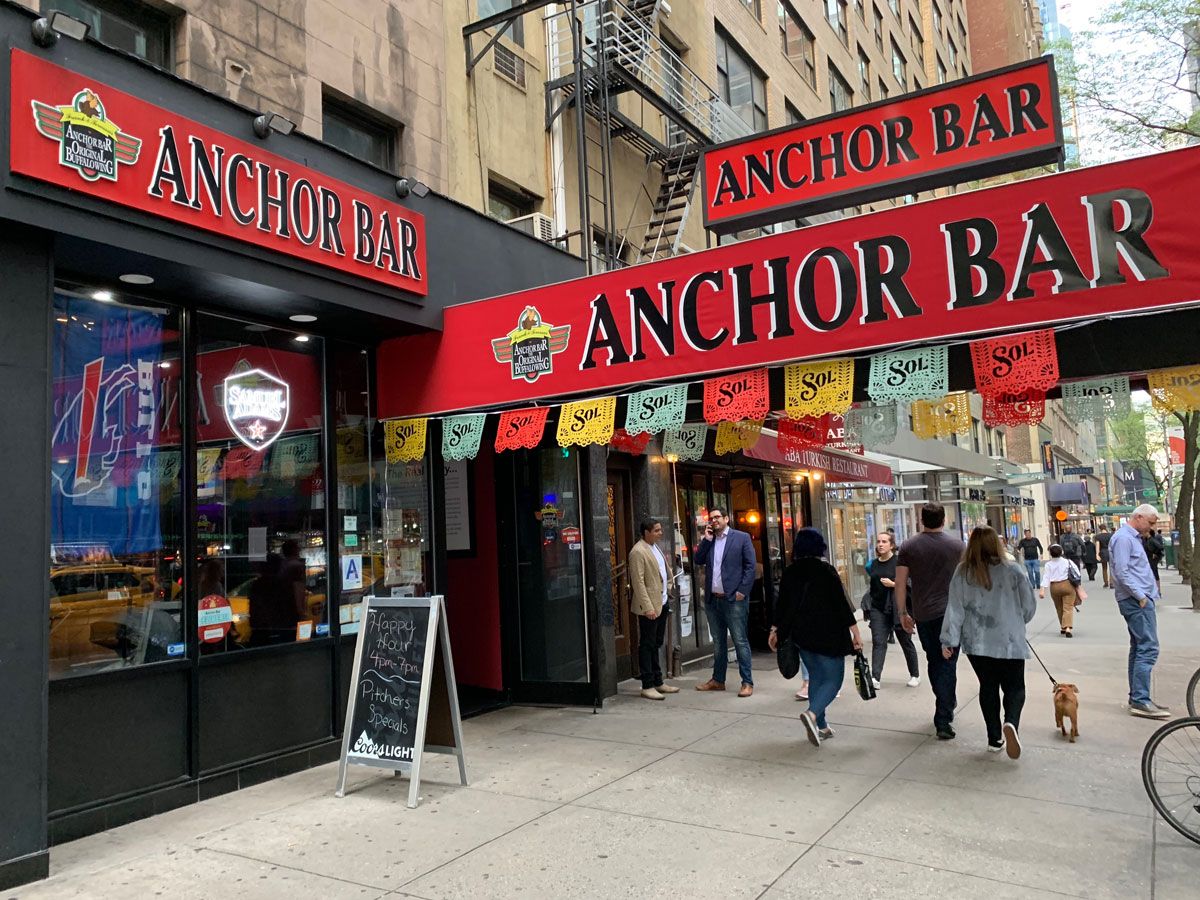 Anchor Bar is supposedly the home of the original Buffalo wing. This bar is obviously not in Buffalo. And it’s not in any way original. Though they do have wings. The thing is, so does every other Irish pub, sports bar and bar bar in every town in America now. Including thousands of joints in NYC. And basically all of them are better than this place.

I hit up the Anchor Bar before a horrible hip-hop concert with the target audience for a restaurant like this in tow: two teenage boys. I figured it served wings, allowed kids and maybe had a beer or something. I was correct on all those fronts. What we didn’t plan on was the shitty atmosphere, the drunk-ass, douchebag patrons and the lousy food. Granted, the servers were very nice and probably more attentive to us than the tables of sexual harassing dudes behind us. The lesson was obvious, but I wish I could have shown them what drunk dicks are like on my own terms.

I didn’t order them, but it was conveyed to me by Hipster Jr. that the namesake wings were absolutely nothing special and were probably eclipsed by the local pizza joint down the street from us. I got a bar pie that made zoo pizza taste authentic. Zoo pizza being the generic name for that somewhat puffy pizza that uses defrosted dough, canned sauce, fake cheese and pepperoni that is one too many parts pork. It was one of the worst pizzas I’ve ever had. And I grew up in California!

Essentially it’s a bad sports bar. I’m not sure it pretends to be anything more than that, but I felt bad dragging children to an establishment with so little regard for its decor and foodstuffs. I imagine the servers fall into bed every night wondering what they’d done in a previous life that landed them at such a place. Honestly, it’s a total train-wreck (not a beef on weck).