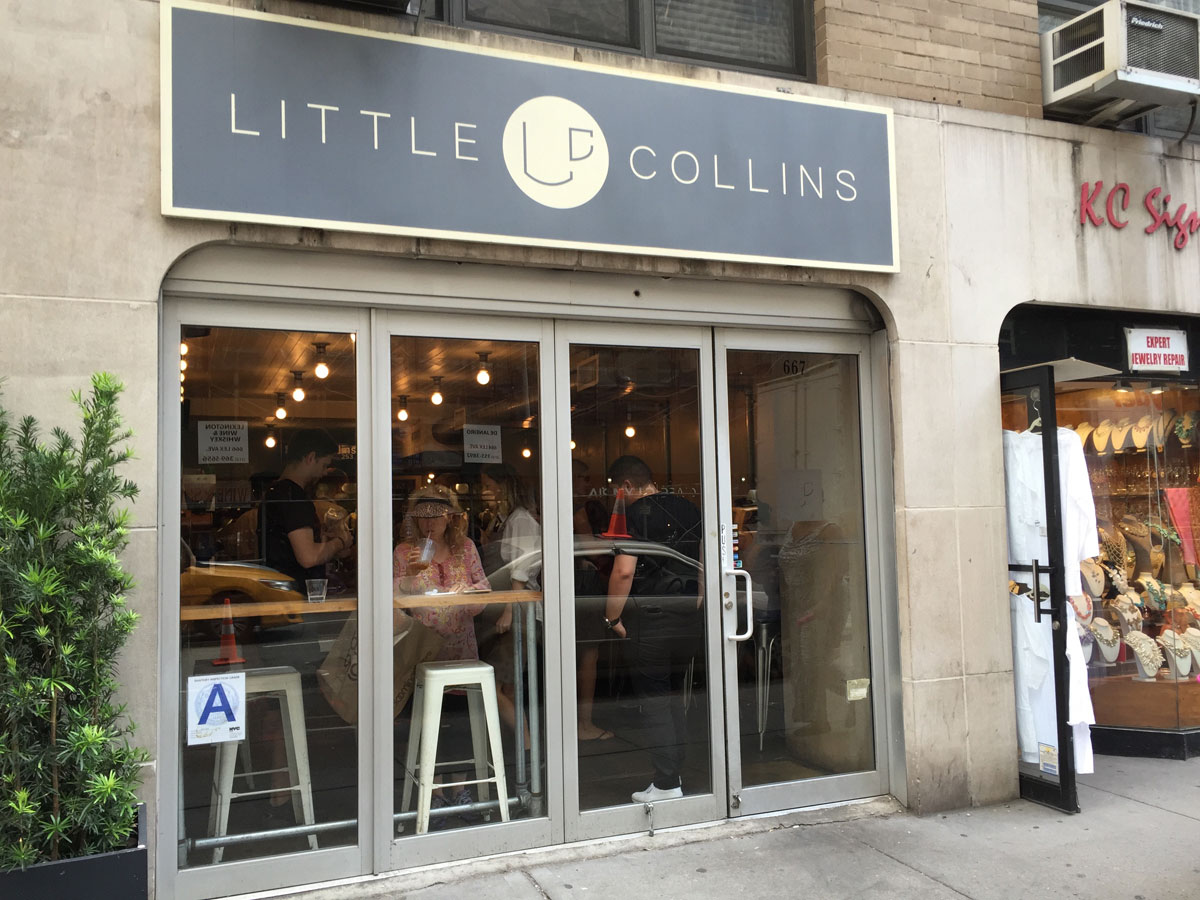 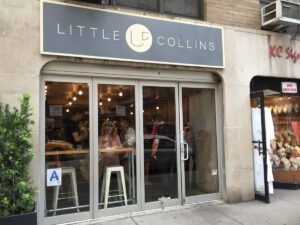 When I think of Australia it conjures all sorts of things. Sharks. Spiders. Boomerangs. Kangaroos. The Great Barrier Reef. Walkabouts. Learning “Waltzing Matilda” and making those Australian slouch hats (the one where one side of the brim is inexplicably folded up) out of chicken wire and papier-mâché  in third grade for our parade of nations. About 347th on that list is food. After all, when’s the last time you or a friend have mused aloud, “Man, it’s been a dog’s age since I’ve had some Australian grub. I could really go for a, uh, a…”

And, no, this joint doesn’t serve koala burgers or dingo pâté, but apparently there are both some coffee options and what they call “brekkie” items that are uniquely Aussie Aussie Aussie, Oi Oi Oi. Personally, I’m not at all a coffee snob. I drink mine black and the source is generally unimportant, but Little Collins promises not only great coffee from something called a Modbar system, but the Australian barista experience. What that is, exactly, I’m not certain, but judging by what I’ve seen in their tiny space, it essentially means crowding as many human bodies up to the bar as possible, while things hiss and bang right in front of them. And brekkie, of course, is the cutesy Aussie term for breakfast. Their small menu includes things that involve bananas, some peanut butter and avocado, all of which sounds pretty tasty.

But I’m not a breakfast guy. I usually grab coffee out of the industrial Keurig machine at work, which kind of automatically makes me not a great candidate for this restaurant. But, luckily for me, they have options outside of frothy concoctions and food you happen to eat before noon. Their lunchtime menu is equally small, comprising about eight sandwiches, two salads and a couple specials. But, despite the limited choices, this joint brings in the crowds. Back when I first went here, the only way to order things was to jam yourself into their space, order and wait on the side while side-stepping the swirling mass of humanity that in its disorganization seemed very Australian to me. Now you can order from your usual online vendors and come pick the stuff up or get it delivered, but I imagine it’s still a little overwhelming fighting your way to the counter to get the stuff in person — which I suggest, as it’s best warm.

I’d say the most popular sandwich, which is based solely on co-worker’s feedback and my own taste tests, is the schnitzel. Of course I always thought schnitzel was a sausage (as in wienerschnitzel), but it turns out that not only is wienerschnitzel not a wiener, as I thought, but this particular schnitzel is made with chicken rather than the traditional veal, which is also in no way a wiener. Okay, now that we have that straight, order the schnitzel. It’s a giant fried chicken cutlet with some funky cauliflower hummus, pickles, caramelized onions and sriracha on a nice sub-like roll. It doesn’t sound like it should work, but it’s amazingly tasty. The rest of the menu is equally quirky, but really quite decent. But the millennials. They love their avocado toast. Love it! So almost any picture you see online about Little Collins involves at least one shot of The Smash, which is avocado and feta mash on a whole grain toast, sprinkled with pepitas (pumpkin seeds) and chili flakes. And, while I hate to give young people any props, I gotta say that the shit is really good. I’m sorry America.