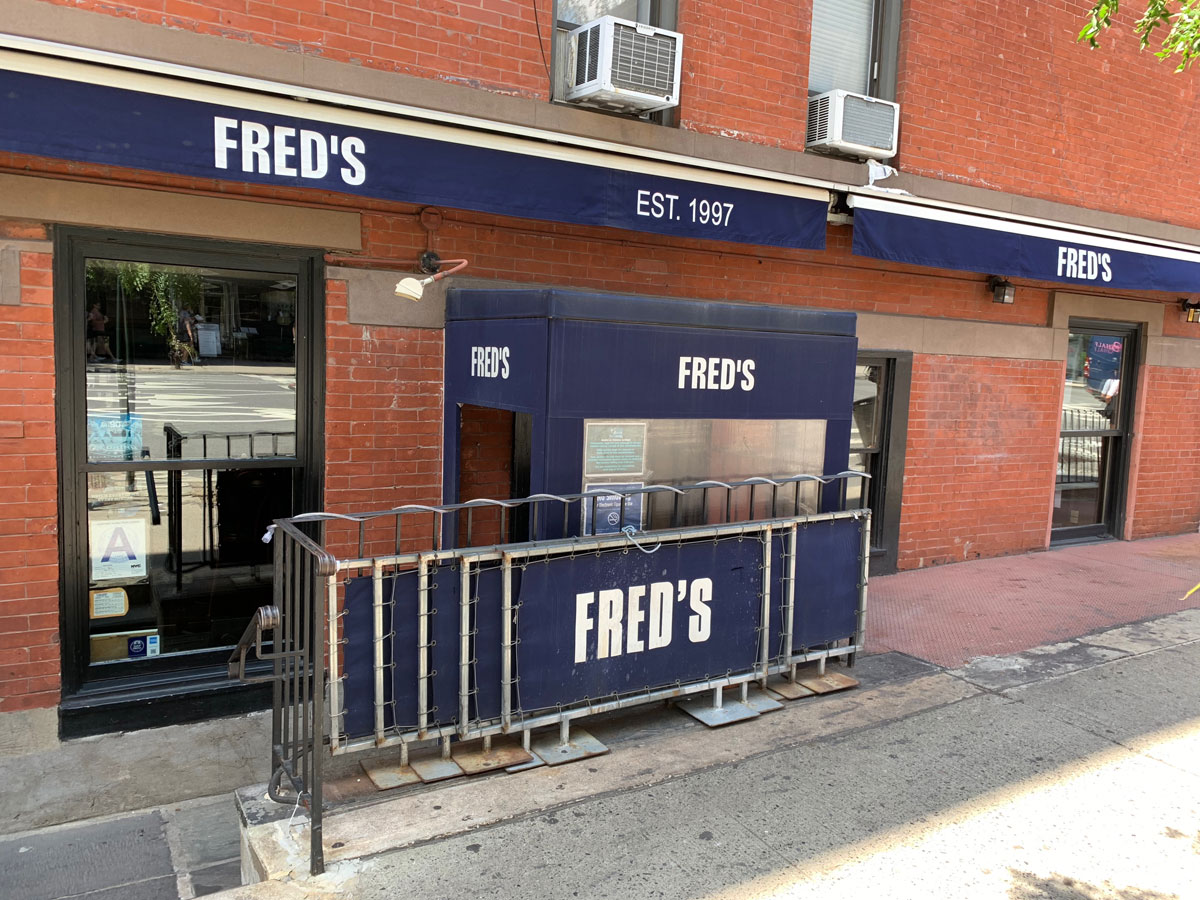 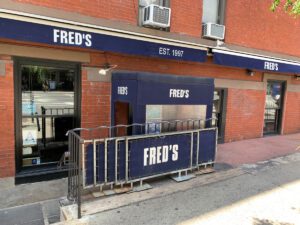 Since when is it okay to charge $10 for a hamburger? Wasn’t it not long ago that this was the joke when referring to a really expensive restaurant, “Oh, Tavern on the Green, a burger there costs, like $10.” Maybe we’re a little behind the times, but shouldn’t a place at least have linen napkins if they are going to charge $12 for macaroni and cheese? Can a place that is named after a black Labrador retriever really pass itself off for anything other than a brunch, chicken sandwich and burger joint? The East Side version of this restaurant opened in late 2000, and is already showing signs of struggle (as of January 2001). Of course, it opened in the “cursed” ex-Bishops, ex-Deadline space on 3rd Ave. (The “cursed” is in reference to a letter to the neighborhood that Fred’s owner taped to their window prior to opening.) Anyway, the food may be semi-decent, the dog theme cute, and the atmosphere neighborly and laid-back, but it’s hard to excuse the mark-up on food that any cook worth his/her salt could create for pennies on the dollar. [MF]