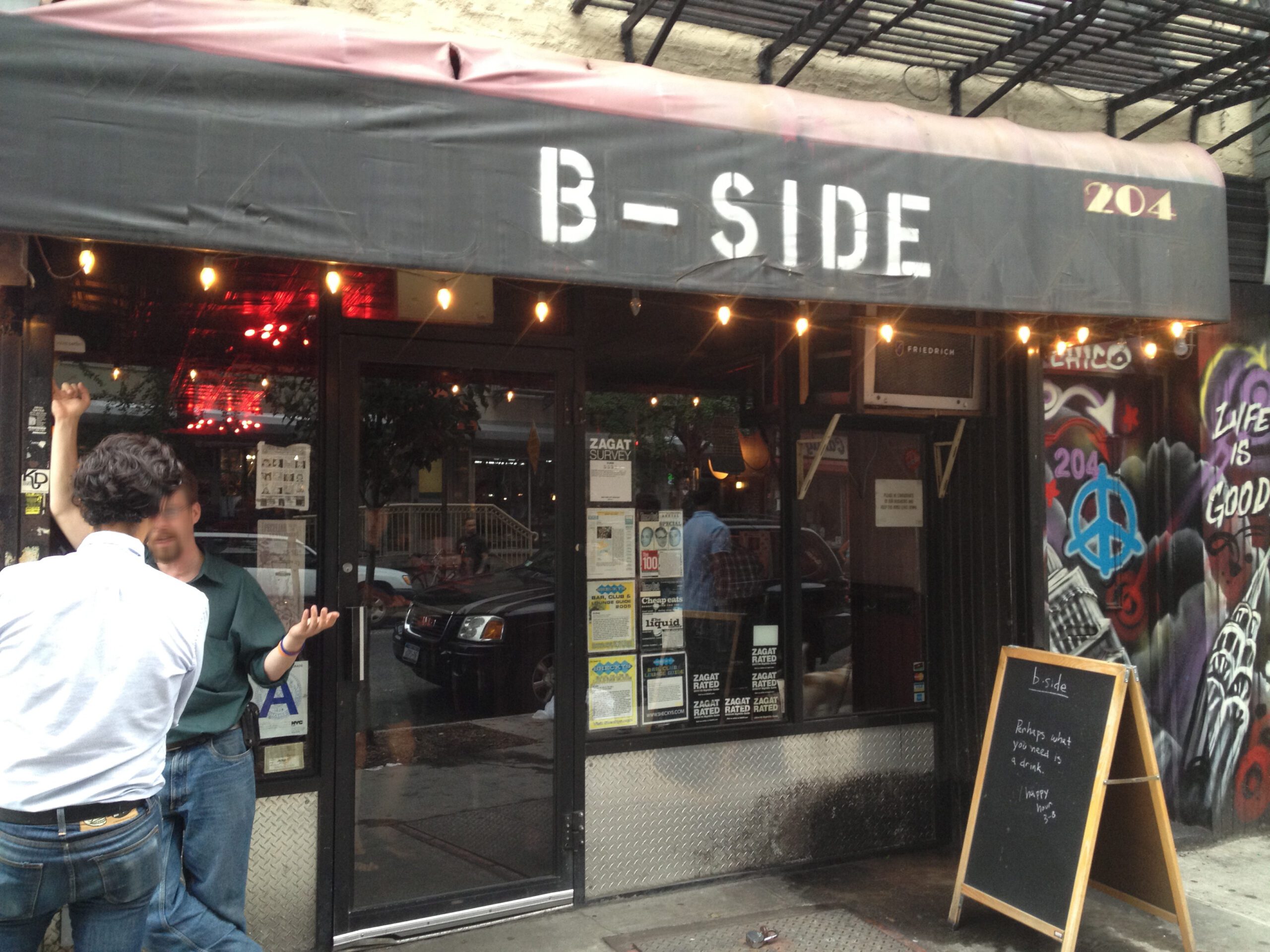 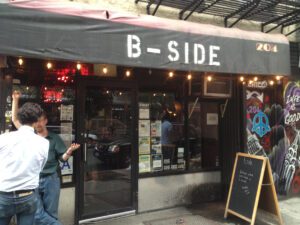 Ordering the PBR and a shot special while it was still light outside somehow felt like I was the guy with the flask at the five-year-old’s birthday party. It turns out, though, that I wasn’t alone in my predilection. There were plenty of other older folks who seemed like they had been there for quite a bit and had enjoyed the shot and beer special on a daily, hourly and minute-by-minute basis. One of the couples there, who clearly had started their binge somewhere in the two o’clock hour were of the burnt out, old-school LES variety and for some reason were convinced I was some dude names Seamus who owns a salon down the street. I’ve subsequently looked this guy up and am happy to report that I look like him the same way Eric Roberts looks like Julia Roberts. I’m not saying I’m pretty or anything, but I can say that my life of private schools and desk jobs has given me that youthful edge that could only be confused with this Seamus fella if one was in a dark-ish bar and had maybe had about 13 well shots of whiskey. To add, the nice (but obviously blind) couple asked me to scoot down at the bar so their one-armed buddy could join their conversation. Now that’s rock ‘n’ roll! Like I said, it was still daytime out when I came in, so the jukebox wasn’t yet in full swing, but I could feel the music in the divey air of the joint. The bartender was appropriately gruff, the audience abundantly lubricated and the surroundings well worn to the point that I might think about coming back here when the sun has dipped and place really gets rolling. [MF]