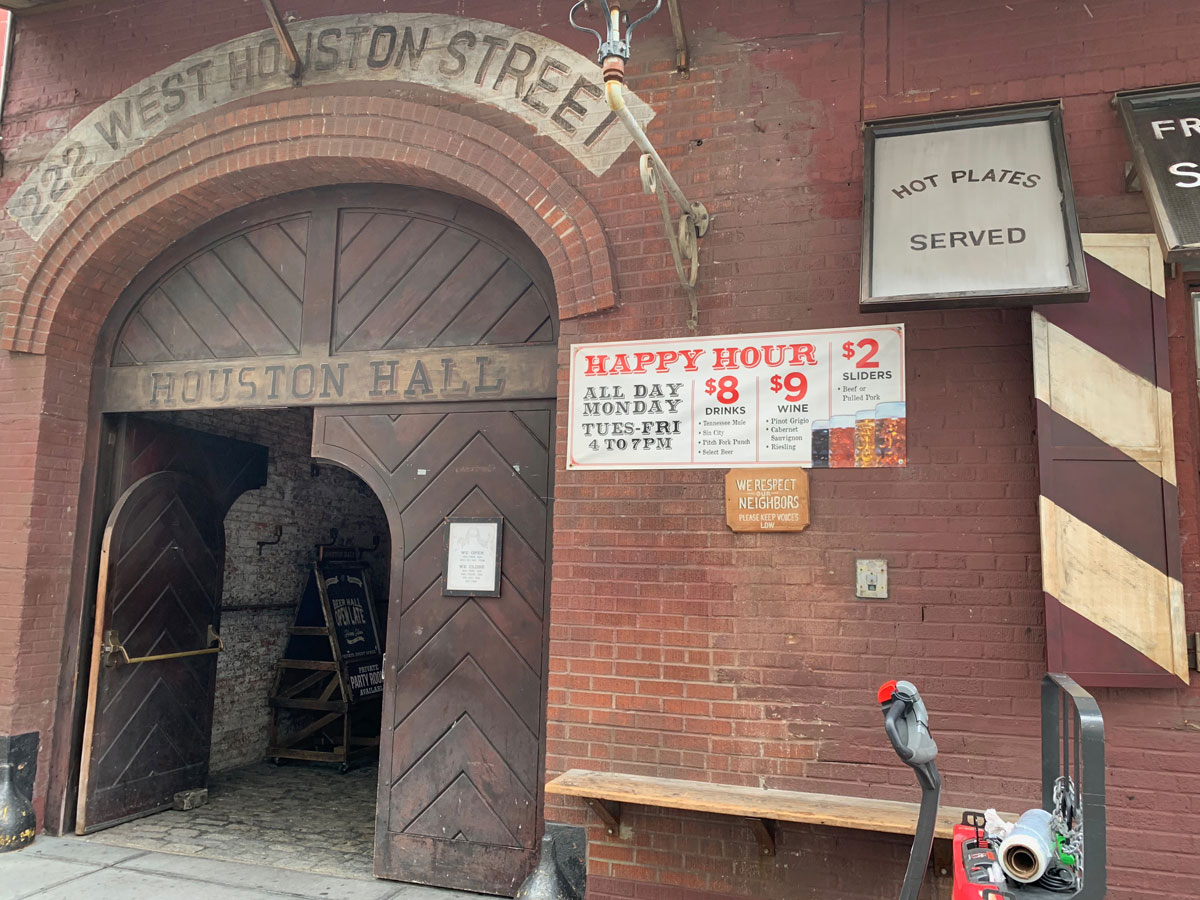 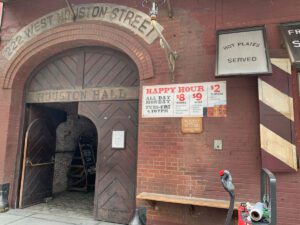 I have no idea if this place was once a garage or a stable or what, but it clearly wasn’t always the German-like beer hall that it has become. Which, of course, makes it very New York and, in my humble opinion, pretty cool. Especially because it’s smack dab in the middle of a popular Manhattan neighborhood and not out in some sketchy Brooklyn warehouse graveyard. And, sure, Houston Hall is one of those joints filled with office slags (present company included) either out for a team lunch or an after-work soiree, but that doesn’t diminish the fact it’s a unique and fun space to hang in for a couple hours.

Now come the caveats. I’ve never been here on a weekend. Come to think of it, I don’t think I’ve ever been here anytime other than lunchtime or happy hour when we’ve had a reserved table. And somebody else was paying. I imagine that has made my time here more pleasant. Or more pleasant than it would be crammed in the giant space seven deep at the large bar with a bunch of 23-year-old dudes and their ladies. I understand the kids love this place. And I’m just lukewarm on kids in bars.

Otherwise, seating is all picnic-style beer hall tables and benches. I suppose it’s communal when you aren’t taking up the entire table with your group. Love it or hate it, that’s the style. The food is pub style stuff, mostly kind of a continental mix of appetizers skewing a little bit German-ish. If you consider a giant “Bavarian” pretzel German-ish. Otherwise there’s a lot of cheese. Cheese boards. Mac & cheese. And then these milk truck grilled sandwiches, which are basically just fancy grilled cheese sandwiches. It’s all rather tasty for what it is and the saltiness goes well with a large glass mug thing of beer. Beer that they apparently brew themselves. It’s nothing to write home about, but you can get a serious workout lifting one of those liters to your face. Win-win.

And, yes, I know the authenticity of the space is dubious. Well, not dubious, but obviously more Hollywood set than the vintage, old-world establishment that it pretends to be. Quite frankly, though, I don’t much care. It’s clear care was put into converting it into something that at least feels like a beer hall. Or at least feels like a beer hall to me. The super-high ceiling, the exposed brick, the wood beams. Look, I know the Pirates of the Caribbean ride at Disneyland isn’t really in the Caribbean and that those aren’t really pirates, but it doesn’t mean it isn’t still a good time.