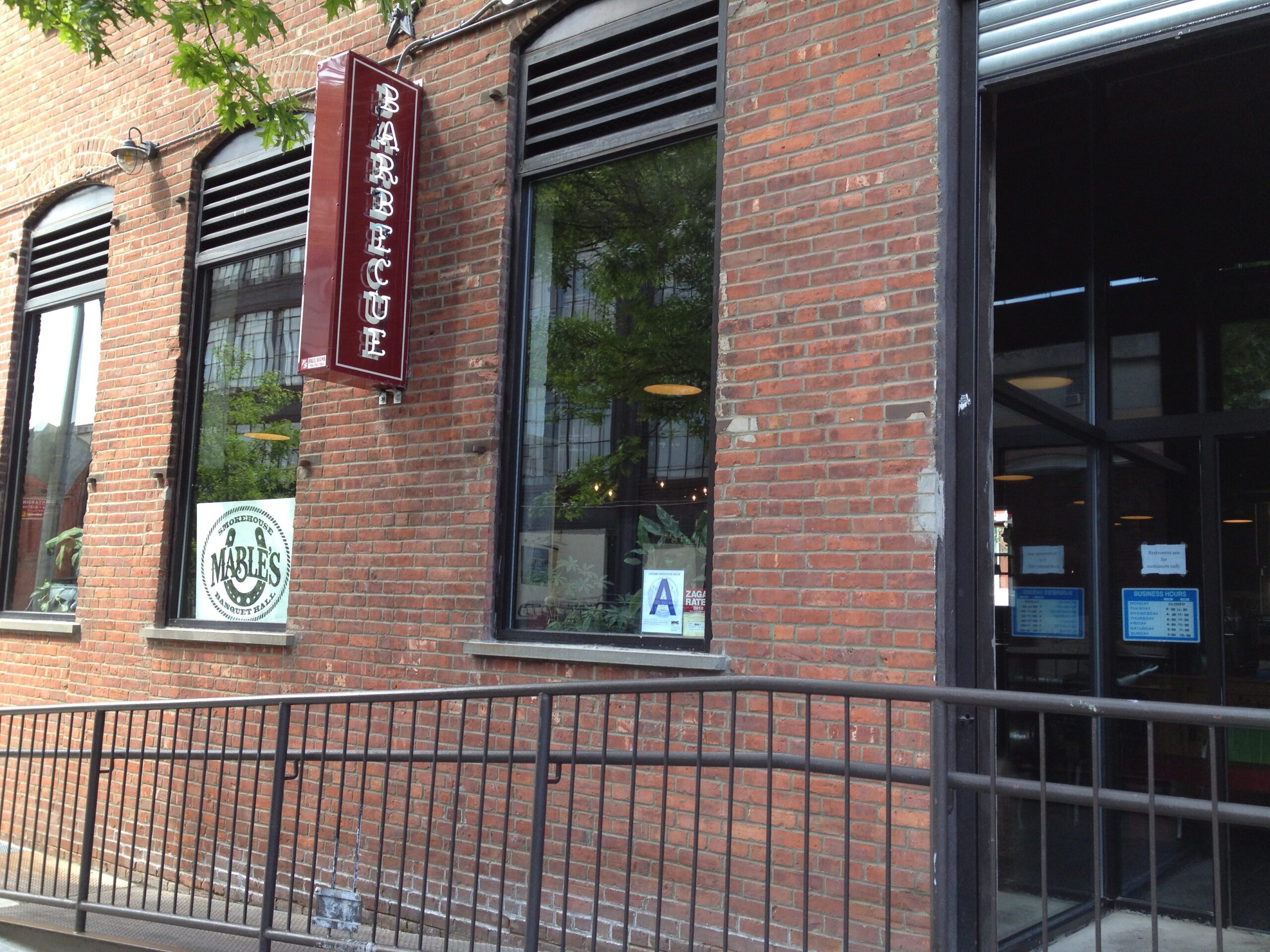 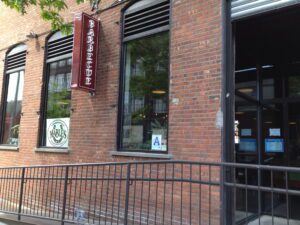 What? BBQ in the middle of hipster central? Kinda like having an ironic pastrami sandwich in Anchorage. Or a taco in Boston (don’t laugh, I’ve done it). The two just seem incongruous. I mean how do terrorist scarves, Wayfearers and knee socks on dudes possibly mix with succulent Southern meat? Isn’t everyone in Brooklyn a flattened-Schcmoo-shaped effete vegan? Turns out not. Though the night we came to this establishment, less than a month after its opening, the crowds were less crowds than a couple couple squinting at the menu trying to figure out what burnt tips were. Maybe everyone was out eating kelpy “pig” or gigging at the corner Rite Aid, but they weren’t here. Which was honestly okay, given the joint’s shocking lack of seating given the rather large size of the space. In fact the whole atmosphere seemed a little confused, too dimly lit and just not quite worn in enough for a joint serving food on orange plastic trays. That’s not to say it didn’t have massive potential. They just needed to have a little more time to find their mojo and then, Southern Jesus willing, I think they’ll have a big hit on their hands. Again, probably a side effect of being new, the adorable, but clueless, servers taking orders at the counter were oh-for-three answering my questions. Granted my last question, which drew blank stares all around, was, “Is there pork in the beans?” Sooooorry for not digging on swine. But what I did dig was the brisket and mac and cheese I ordered. I skipped the pork or not pork beans in favor of the mashed potatoes, which came out more like a better-tasting Malt-o-meal, but the first two items were definitely rib-sticking good. At first I was a little disappointed with the amount of food on my tray (and wondered why they hated plates so) but it’s amazing how thin strips of meat and a fat bomb of cheesy noodles can fill you up. Throw a few Peak Organic IPAs on top of that and you have an oh-so-satisfying meal that could be served in Birmingham or Tuscaloosa or Kansas City and make even those *rubes want to grow a summer beard and throw on a miserable Cosby sweater for extra coolness factor.