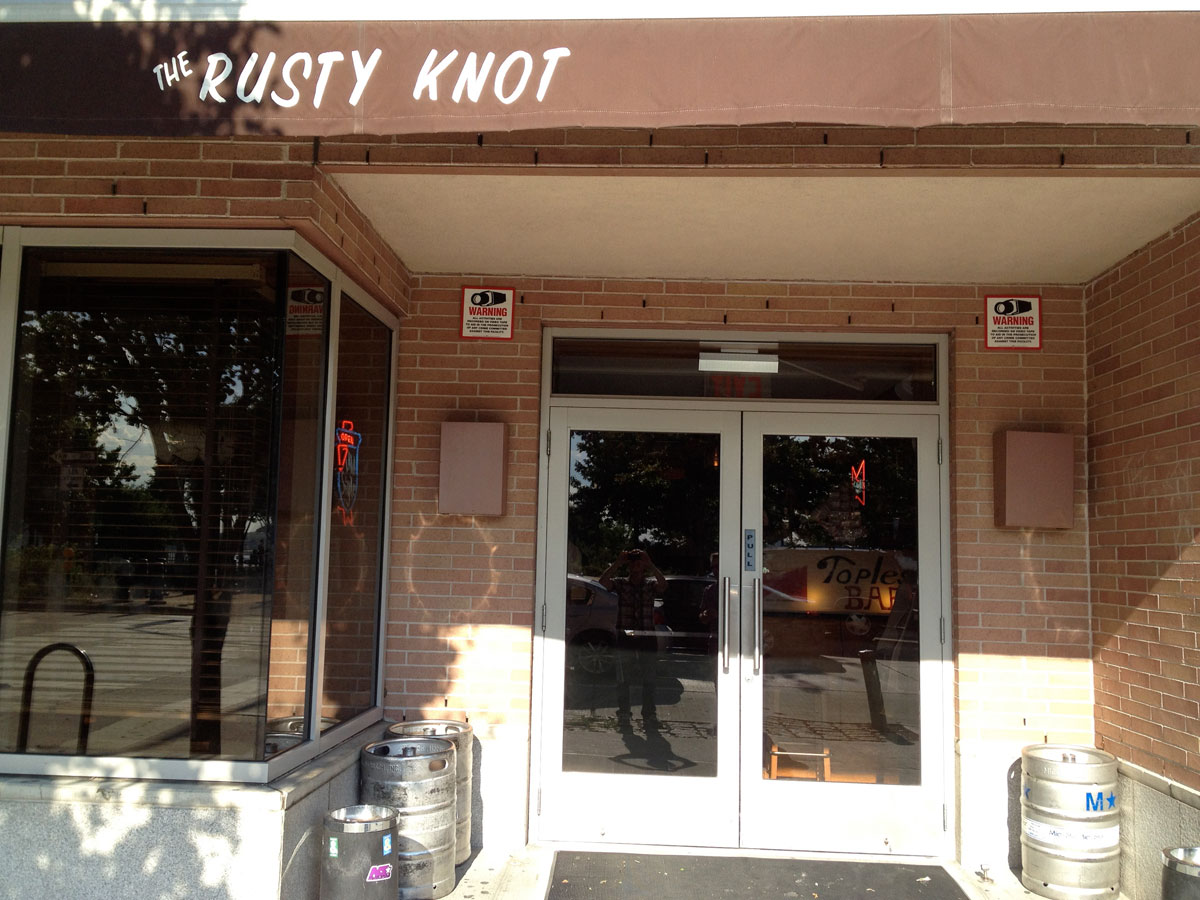 My buddy suggested we go to the Rusty Knot, a bar in the West Village called “The Rusty Knot!” Wait, that’s not a euphemism for a butthole? But it’s a rusty. Knot! Wow, ok, I totally misread that one. I was kind of wondering why a super-gay bar would go with a SpongeBob theme. Granted, an adult Nickelodeon type theme, but like the same underwater, tiki thang that gets all Bikini Bottom on your ass. Granted, the outside of this bar is innocuous to the point of strip-mallishness, but step inside and you have what feels a bit like a mashup of an East Village dive bar (of the used-to-be-something-else ilk) and the aforementioned Disney Hawaiian lounge. I had what I was told was the best Dark and Stormy in the city. And, damn if that thing didn’t pack a punch. The ginger cleared my senses and practically burned my eyebrows straight off my head — and those are some eyebrows, as I’m told. And the shit was served in a tiki cup, which makes anything taste official. We were there at an oddball time in the afternoon, actually getting to the bar before it opened and eventually sitting in one of the mix and match seats with the sun streaming in through the windows off the West Side Highway. Apparently at non-oddball hours, the space gets pretty damned packed. As an after-work type joint or a mellow hangout with a friend where you can chat with the friendly bartender and sit comfortably, The Rusty Knot is pretty stellar. I’m not sure I’d want to squish myself in here on a crowded night, though, as the space is not at all large and I’m hardly going to walk all the way to West Street just to hang with a bunch of sweaty folks trying to suck up my precious ginger root. [MF]