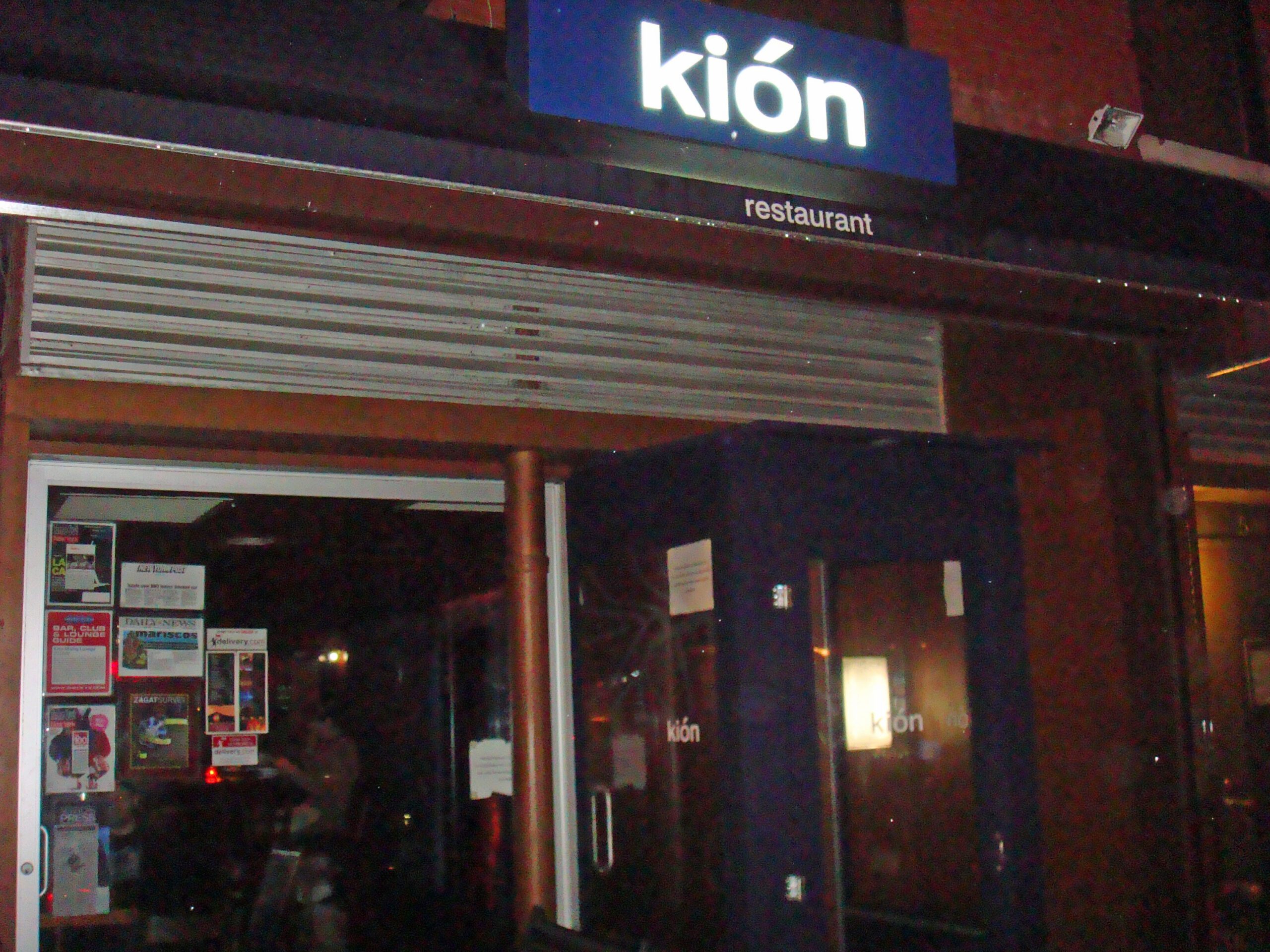 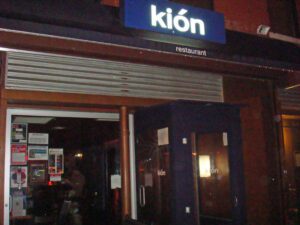 No, but seriously, what the fuck is going on here? A small group of us stopped in here towards the end of the night out of sheer curiosity and outright confusion over Kión’s abrupt weirdness. Like a 1980s West Hollywood bathhouse, the space oozes neon gayness and European underground oddity. It’s so out of place in this neighborhood it just begs to be explored. It’s as if they bred a Chillers and the worst strip club in Miami and transplanted it to the East Village. I mean what the hell is a “dining lounge” anyway? It sounds like the kind of place where degenerates wear grease-spattered undershirts and squirrel mustaches in a converted VFW and pray that someday they can move their way up to a proper restaurant. What’s missing in the joint’s description is the fact that it’s actually a Japanese/Peruvian eatery, which probably tastes as weird as it sounds. What more can I say? Oh, they had a choice of like three beers, which makes me wonder who exactly they think hangs out on East 6th Street. Maybe in the bizarro world that this joint inhabits it’s absolutely amazing, but in the real one it’s a weird train wreck. [MF]