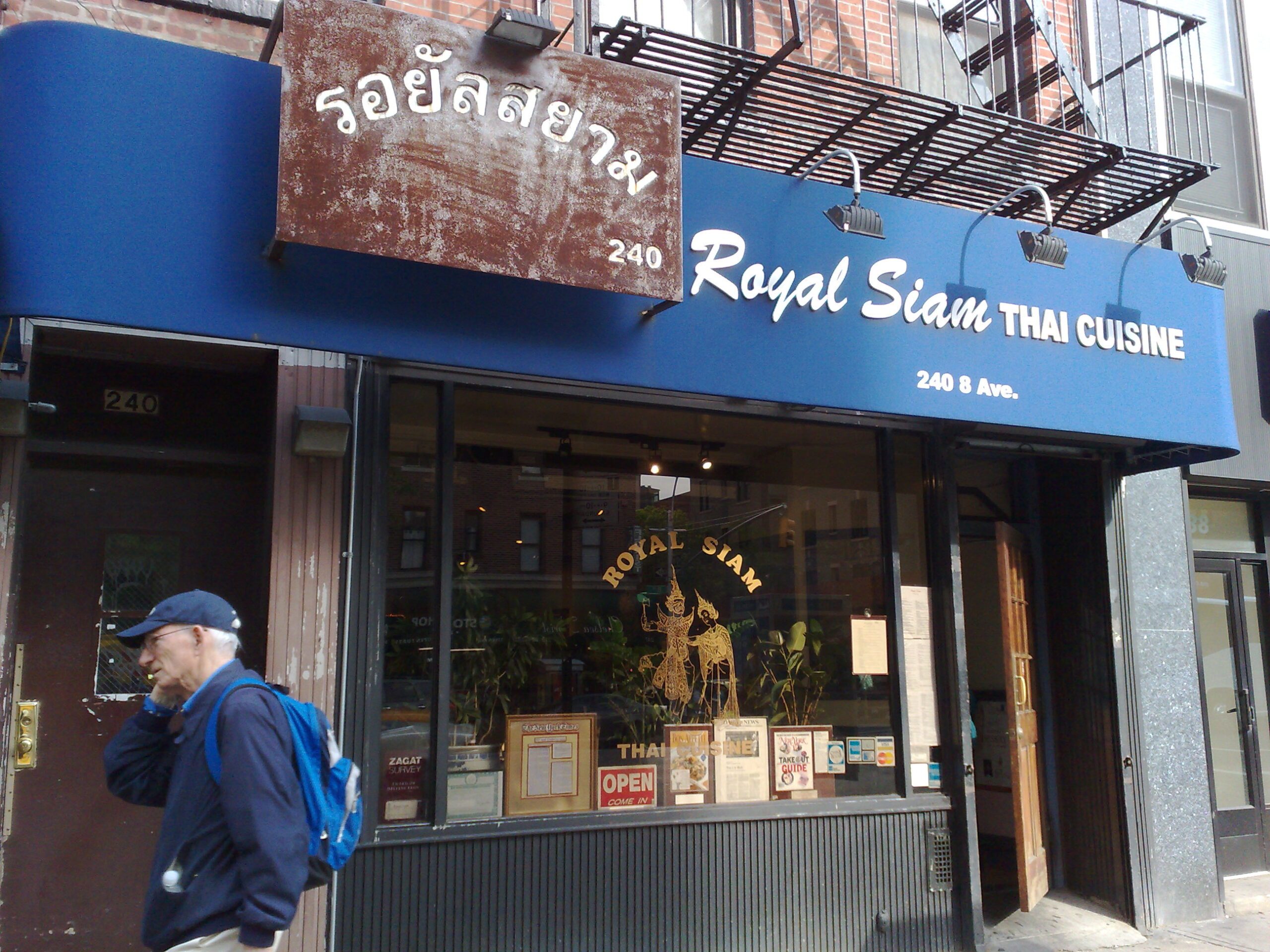 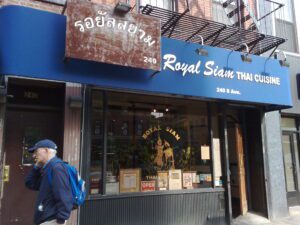 I’m stuck in a Thai rut. That kind of sounds dirty. I guess it’s better than being caught in a Bangkok? Whatever the case, I think I’ve reached the pinnacle of the Pad Thai and Pad See Yew mountain and am just now wandering around in the dense trees looking for something else to bring me up to heaven. Is Royal Siam the answer? No, not unless our pixie-ish waiter was about to sprout wings and fly me, like Icarus, into the great blue expanse. I don’t really want to put that responsibility on our poor server, or Royal Siam for that matter. It’s really my problem–I need to expand my Thai repertoire. If only the usual wasn’t so damn tasty I might order something else and find a whole new world of East Asian wonderfulness. I do recall ordering some stuff outside of my comfort zone way back when I used to frequent Jasmine on a weekly basis, but have since settled into my boring (but fattening) occasional Pad See Yew habit. I most likely won’t ever find myself back in the sad little confines of Royal Siam again, with its funky glass-inlaid tables and typical Thai restaurant decorations, but perhaps my next foray, wherever it is, will include a little prick king. [MF]