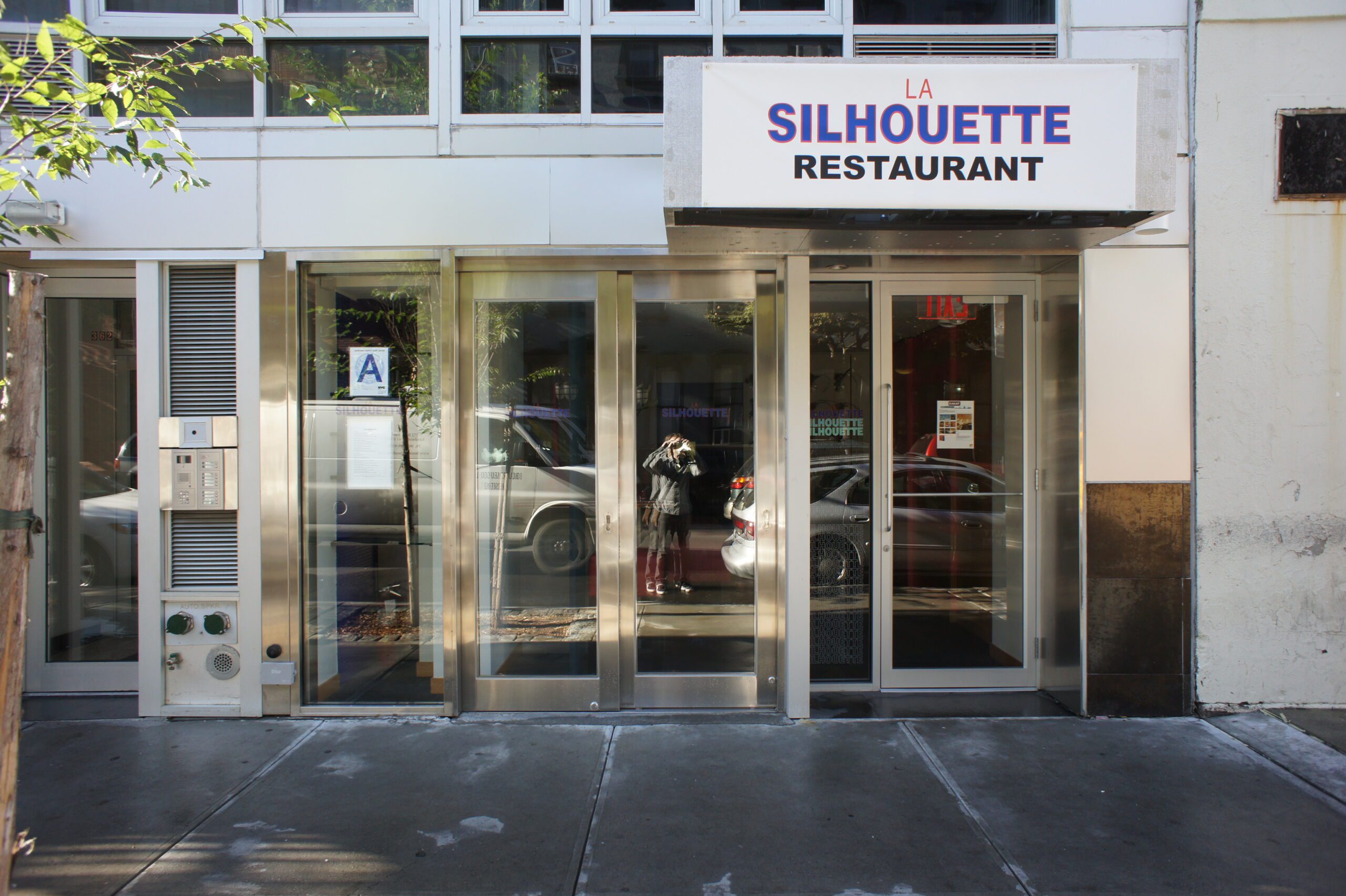 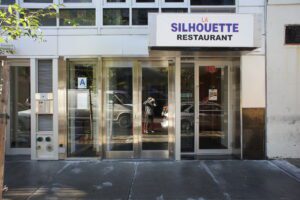 In trying to find a good restaurant for Hipster Dad’s birthday, I wanted some place that wasn’t stodgy, got decent reviews and served food that he could pronounce. The man thinks casual Fridays are an excuse to not wear pants, and I’ve never seen him eat anything but peanut butter sandwiches, soft shelled crabs and risotto. Okay, those second two are kind of his go-tos when and if they’re on a menu and not something he whips up in his underwear on a Sunday morning. And, voila, there was the risotto front and center on the menu. Winna! Granted nobody really wants to spend his birthday on an anonymous stretch of West 53rd Street when there are so many great neighborhoods in Manhattan, but this was actually conveniently located — despite Hipster Dad stepping in dog poop on 8th Avenue. And the outside of this joint isn’t exactly inspiring (as you can see to the left). The inside was actually a little worrisome as well, feeling a bit more like a sterile condo than a semi-pricey French restaurant. It’s comfortable, but kind of austere in its attempt to really avoid personality. Maybe it’s one of those brave attempts to make the food stand out in a sea of bland, vaguely 80s (but in a subtle way) decor. The waiters, in their vests, continued the 80s feel — I almost felt Hipster Mom’s eyebrows raise at the memory of my horrible vest/bow tie combo I wore to my junior prom. The surroundings’ blahness aside, the menu definitely brightened the mood. I mean I started with the porcini cappuccino soup (pictured left), which almost has to be good. And it was — not as intense as I thought it’d be, but good nonetheless, and probably the only time I’ll ever see that shite on a menu. And for my entree I did the NY strip steak “a la plancha” with a marrow and porcini crust, pont pont neuf and Béarnaise Sauce. Ms. Hipster reminds me “pont pont neuf” may be some sort of potatoes fried in duck fat, but Wikipedia says it’s a bridge. I’ll go with her interpretation. The strip was cooked perfectly and was as delicious as you’d imagine a mushroom and marrow encrusted steak would be — though was oddly non-bloody for a medium rare piece of meat. Unlike the soup, it was almost too intense after about ten bites. Rich and meaty, the way an expensive meal should be. We split some deserts, including a cheese plate, a mocha beignet and a coffee créme pâtissiére with frozen hot chocolate. All were deeeelicious. Shit, I could have just had four beignets and been happy for the night. After a couple bottles of wine, some banter with our waiter and some seriously heavyweight food, we left satisfied and with Hipster Mom and Dad praising our choice. What else could a son want? [MF]