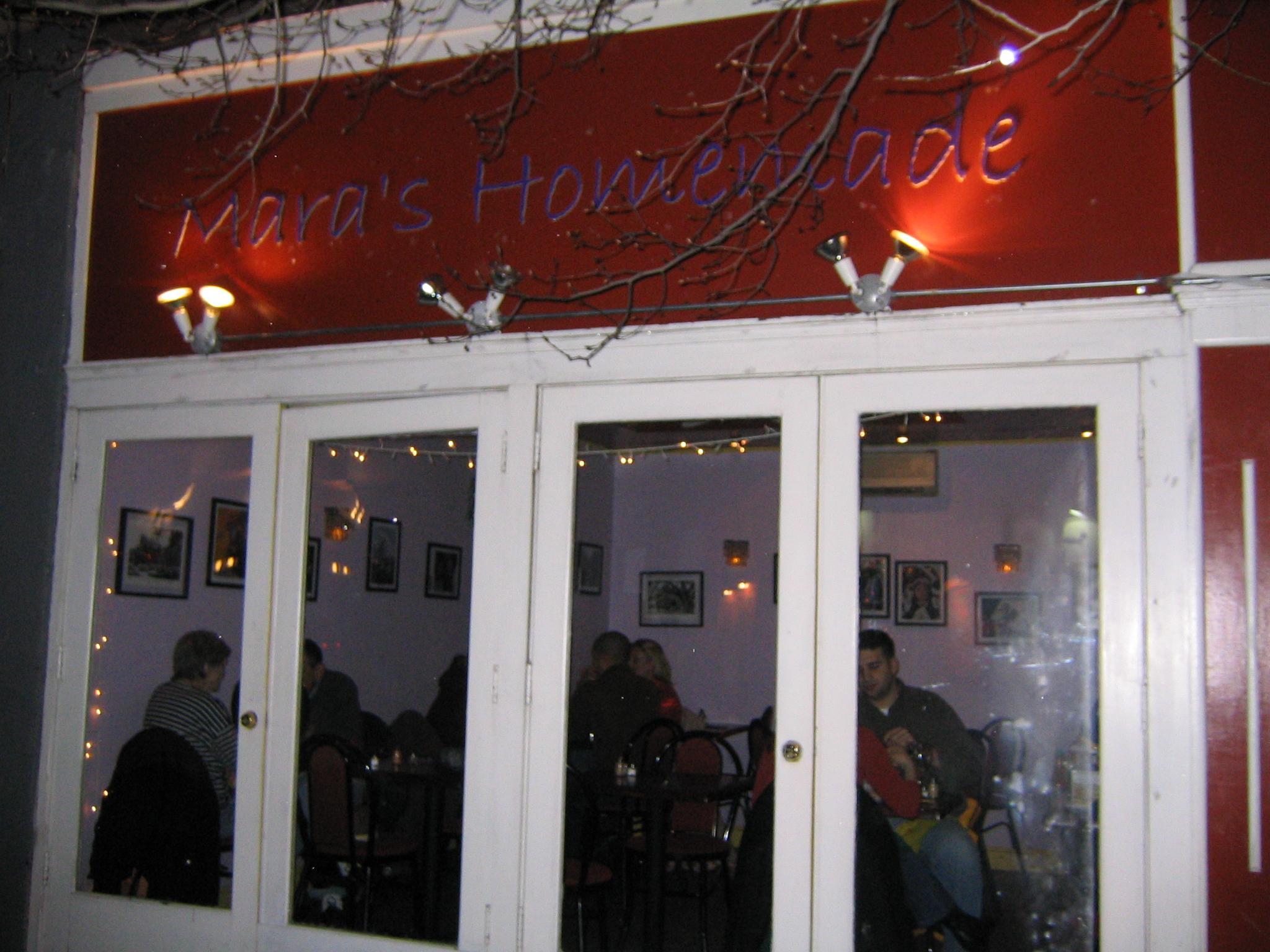 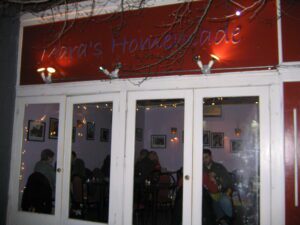 I really couldn’t tell you the difference between Arkansas, Alabama and Louisiana barbecue. I imagine it all involves pig and stuff, but other than that I don’t know a gumbo from a crawdad. The one thing I do know is that these Deep South joints are more about the food than the ambiance or aesthetic. I went to a wedding in Alabama, and attended the rehearsal dinner, which was held at a barbecue place that was supposedly one of the best around. It was located in a strip mall, and the lighting was straight-up DMV. It had about as much personality as a stock room at a box company. Mara’s isn’t far off. You’d figure that a place with a name like this would be homey and warm and inviting. What you get instead is a tiny storefront (with only like five tables) that feels like the teacher’s lounge off the cafeteria at your junior high. What’s more, the floors are coated in grease; Mara just begging to be a defendant in a horrendous slip n’ fall suit. I hate to admit, but I think I ordered wrong. I got like everything there that didn’t involved pork, which basically involved shrimp and crawfish and fish-fish. My entrée literally involved catfish smothered in crawfish. How nutty is that? Looking back at the menu now I’m completely perplexed as to where the brisket and beef ribs were, but hindsight–you know. My food was less than stellar, but I obviously made some foolish mistakes. The one word that comes to mind is salty. The rest of my party dug into the swine bonanza and seemed pretty well satiated. But as far as I’m concerned it was yet another joint with potential that didn’t live up to it. Etouffee brute? [MF]