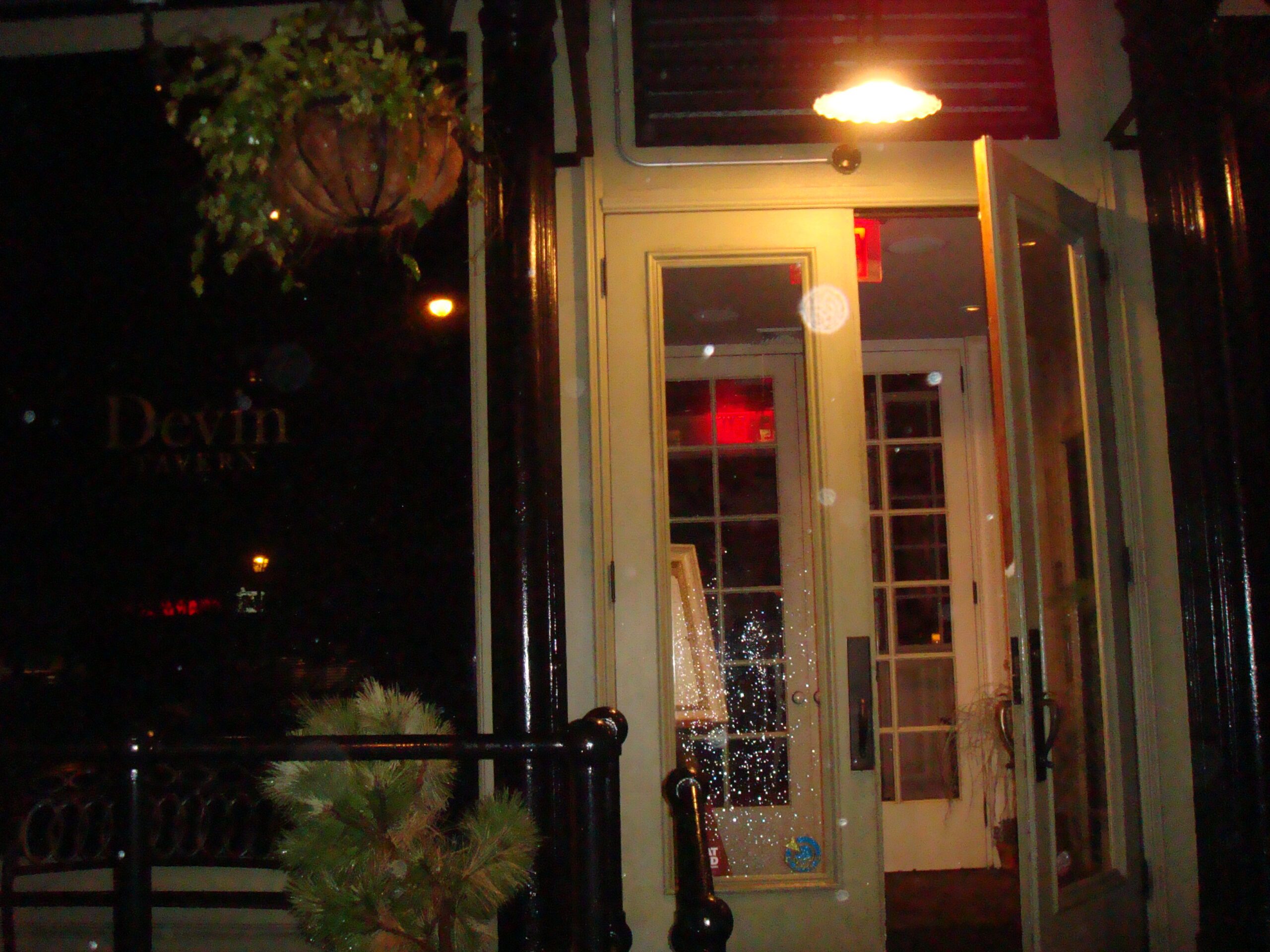 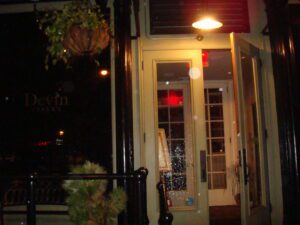 I must admit that this was a completely random choice for a Saturday night. Slogging through the rain and wind, we shook ourselves like wet dogs in the entryway and peered into the completely empty restaurant. I honestly paused for a moment, fearing that I had gotten the wrong night, and that they were, in fact, closed. While Ms. Hipster and I exchanged confused glances, a nice and very well meaning hostess appeared to take our coats and greet us. She escorted us into the cavernous space and essentially gave us a choice of tables. We decided to sit next to the fireplace (less for romantic reasons than practical, drying out) and were left to look around at our non-existent companions. Or more like we attempted to look around. The lighting in the place was minimal to say the least. There was a halo of light emanating from our candle in which we could barely see our menus. The space itself was overly fancy in an upscale showroom kind of way, but somehow still relatively generic even with its brick walls, rounded arches and thick molding. It had the feeling of a fancy winery–if Pottery Barn were in the winery business. Finally a second couple came into the restaurant–and was seated literally right next to us. Great. So we turned our attention to the menu, and were pleasantly surprised that we actually had some hard chioces to make. I ended up getting an awesome smoked summer squash soup for an appetizer. Then Ms. Hipster and I shared a trio of potpies, two of which were good, and one veggie one that was just a little weird. And, of course, I got the short rib entree, which was soft and tasty and a perfect meal for a cold night. Despite the decent meal, I couldn’t help but hear the echoing sound of the joint rocketing into the red. The bored bartenders standing around, the empty tables, the multiple party rooms ghostly quiet, and the overly fancy decor all spelled quiet death. Our friendly, but not overly bright, hostess claimed that the place garnered more business during the week, but I have a feeling she also believed in the tooth fairy and the Bush legacy. [MF]