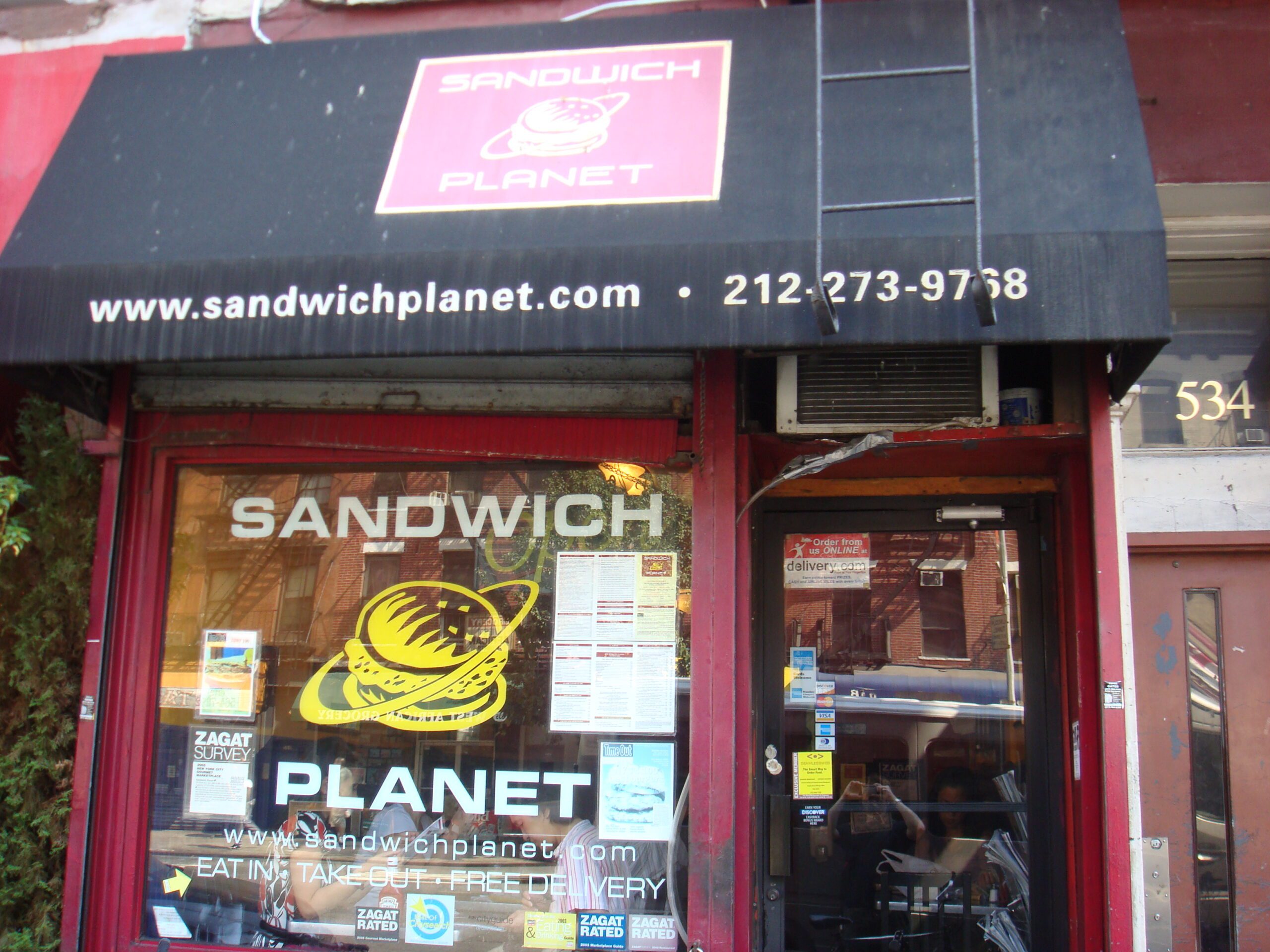 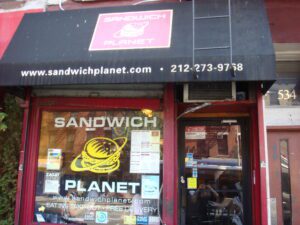 If this joint were really a planet, it would be Pluto. Not quite a planet, not quite a floating space rock, but somewhere in between. Sandwich Spacerock. That sounds pretty cool. In any case, the reason behind its Pluto-ness is its absurdly small size. The fact that they even offer a “to stay” option boggles the mind. It’s like eating lunch inside a GE toaster. I was there in mid-Summer and the air conditioner was either broken or non-existent, and some very angry Chinese guy was burning the shit out of something in the kitchen. That day it was more smoldering volcano than modern GE appliance. I waited (and waited) for my sandwich out in the sweltering heat, both because there’s room for about two reasonably in-shape people to stand in the three square feet of open floor, as well as the refreshing feeling of the Devil’s ball beating down on my head (at least I wouldn’t die of smoke inhalation). I tried to catch the cashier’s eye a few times to see if she called out my sandwich, but no dice. I was out there so long I almost /hoped/ that burning smell was my food–at least it meant there was hope. I finally got the nod through the tinted door and went to retrieve my turkey sandwich. To my surprise, they actually used fresh turkey. I’m not sure why this is a big deal, but after so many years of pressed Boar’s Head, it’s always nice to have food that resembles something that used to gobble and scratch at the earth. The sandwich was decent, if not a little on the dry side, but was kind of pricey for what it was. It honestly wasn’t until later on that I realized how extensive their menu is, as I was in such a hurry to order and get the hell out of the hotness on my first visit. Based on my first experience, though, I’ll have to go back and check out something a little more adventurous than a turkey sandwich. We’ll see how my return voyage goes. [MF]