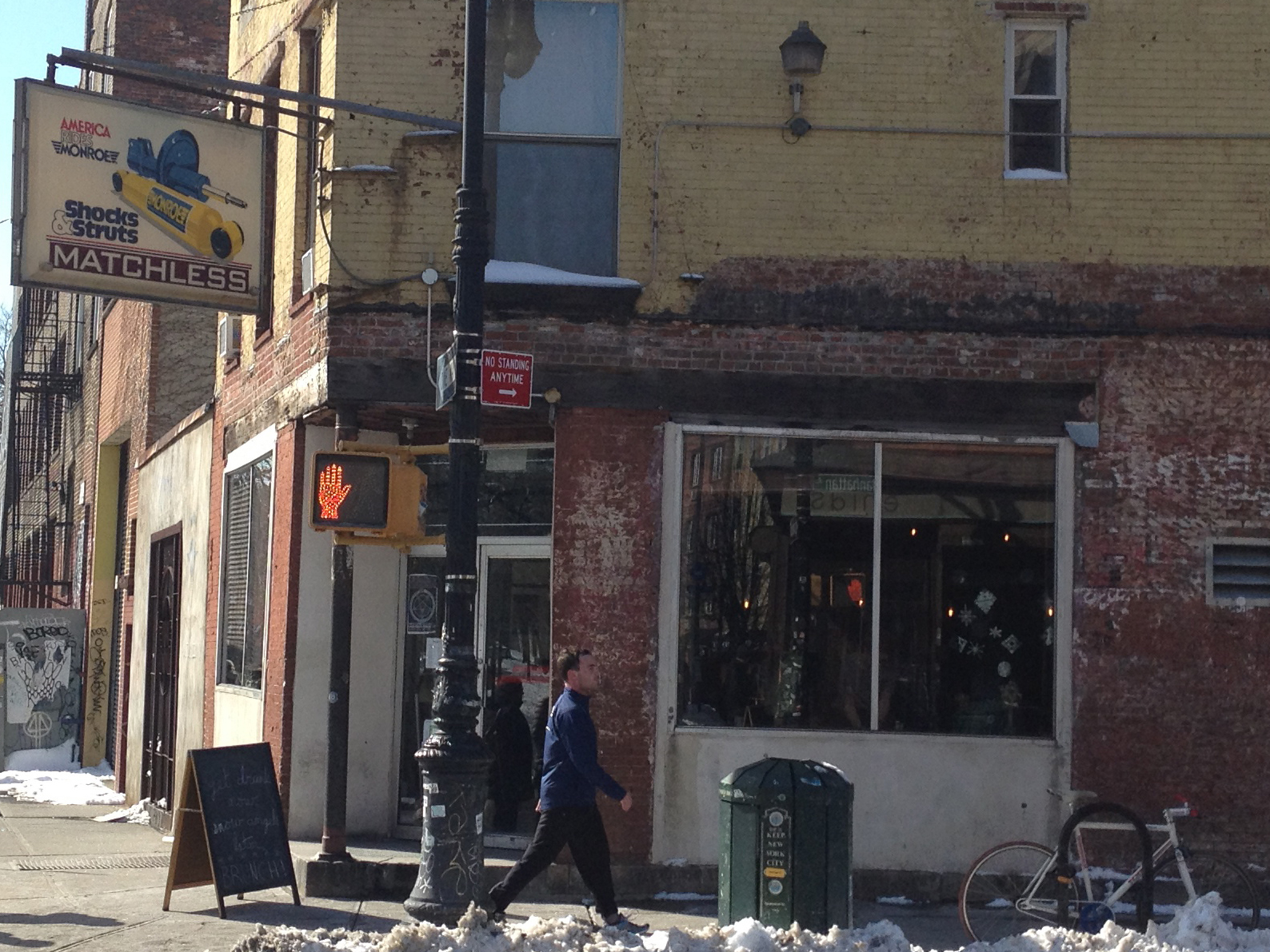 Brunch is supposed to be eaten at nice white tables on a sunny garden patio with stemware and fruit juice mixed with bubbly alcohol. There should be girls in flowery dresses (or middle-aged women dressed like said girls) gibbering about the Kardashians and tennis and their periods. At least that what I, as a man, was always told it should be. But now, because of places like Enid’s and Matchless and Brooklyn in general, brunch is for dudes in ironically short pants and the same checkerboard slip-on Vans that their dads first bought after seeing Fast Times. But these hipsters prefer their brunch to be imbibed in dark, woody places that double as bars and live music venues. Places that used to be something else more manly and blue-collar because they, as tight-panted, coddled half-men need something to validate the fact they can rough it by eating French toast in an old auto body shop where dudes once cranked shafts and wrenched nuts. Despite Matchless’ old sign outside indicating that it was once such a garage, it feels more like a beat-up Bowery bar where fellas wore beards not because they though it was a fashion statement, but because they’d rather not show their faces for fear of scaring young children and weak-kneed ladies. In the pale glow of a mid-morning, winter day, Matchless certainly seems familiar in almost a movie set kind of way. The help and the kitchen, slow and unresponsive to the point of being laughable, gave us that I-so-don’t-give-a-shit-about-my-day-job-because-I’m-an-artist attitude that one has come to expect in Greenpoint and steps-away Williamsburg. The odd part here was that we were almost alone in the place, the six of us (including two children), so the time it took to get pretty simple brunch fare seemed almost deliberate in its inattentiveness. My brioche French toast with candied walnuts and bourbon maple syrup wasn’t bad and Hipster Jr.’s buffalo wings were hot enough to burn his face off (which is a good thing), but next time I want to sit waiting while people who are supposed to be serving me mill about, prepping for a party later in the night to which I’m not invited, I’ll go out to Cali to visit my parents. [MF]