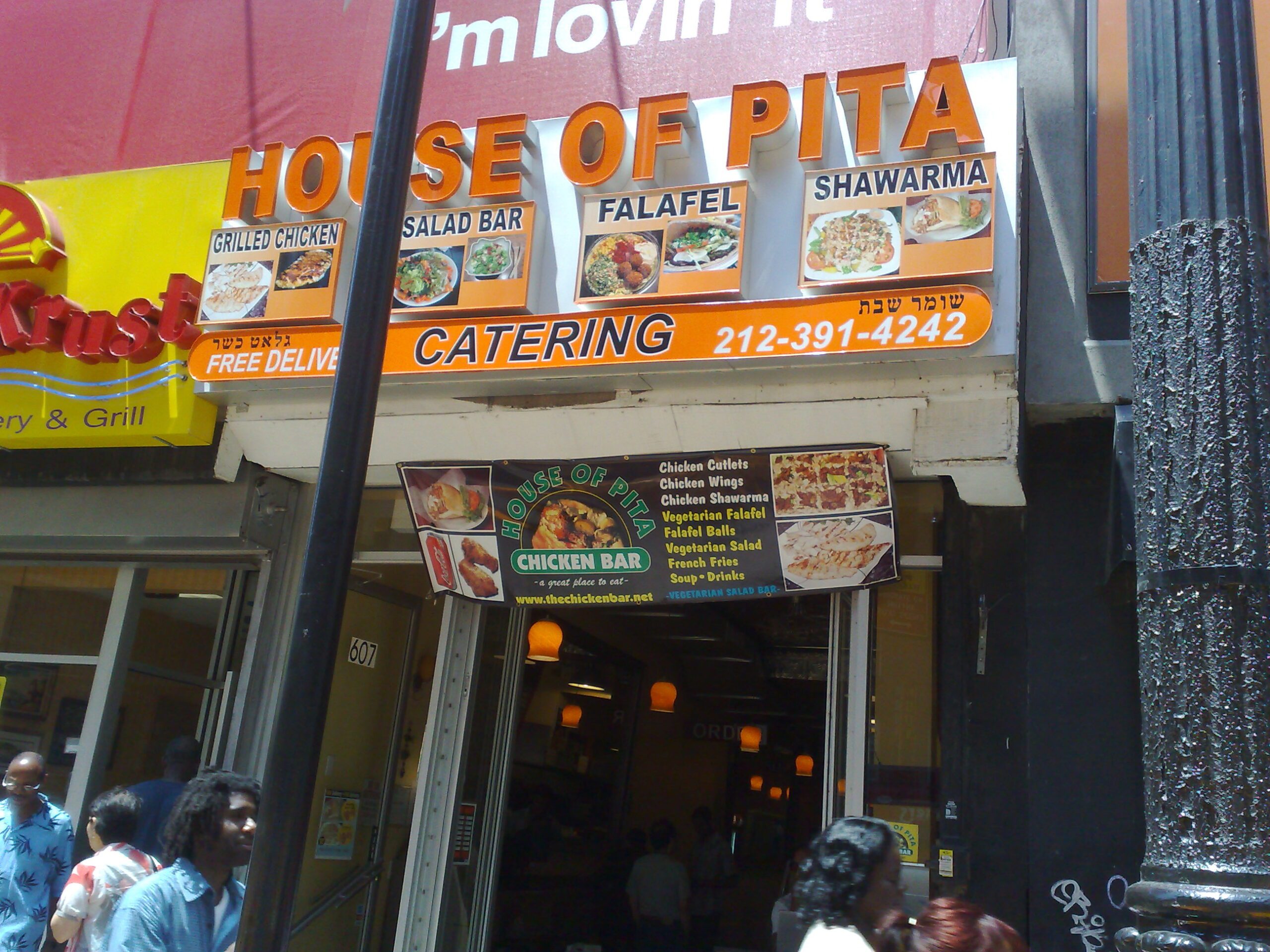 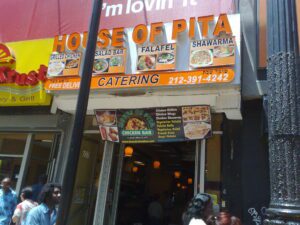 This place definitely did not have a promising beginning. The help seemed confused, the shawarma a little shaky and the whole mechanism just about broken. Luckily I decided to give the place a second try a couple months after their grand opening in order to give them a chance to hit their stride. While some of the help still look a little lost, and the experience is never the same twice in a row (sometimes they offer hummus in your pita, sometimes not. Sometimes there are weird sauce flavors available for your chicken, other times not). I chalk it up to a new-ish business doing user testing, checking the public’s tolerance for fancy-fancy bbq sauce at a middle-eastern restaurant. They’ve even started to sell hot dogs and hamburgers (complete with plastic display out front). You know, everything to everyone. Myself, I go for the grilled chicken pita, which sometimes comes with hummus and sometimes not. Along with a grilled chicken patty in a pita, you get your choice of three “salads” that they stuff in there. I choose the cucumber/tomato jumble, along with the tabouli and corn salads. Top that shit with a little tahini (a kind of thin, whitish version), and throw it into a thick pita and you have a pretty damn tasty treat. I really didn’t expect much from this joint, which smacks of bad chain joint (Chicken Bar, anyone?), but they actually make a decent product. Granted, I’d rather not pay $7.50 for the thing, but schnorrers can’t be choosers. [MF]