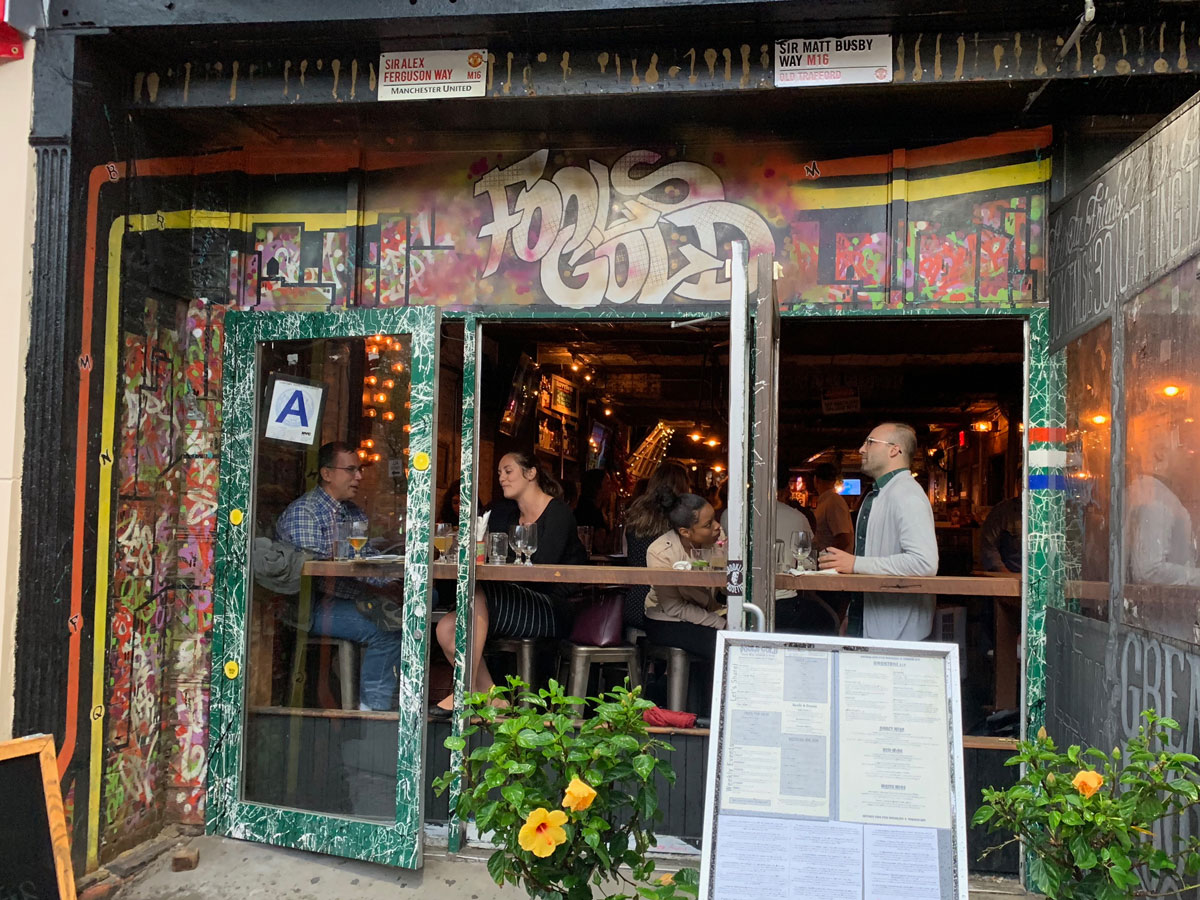 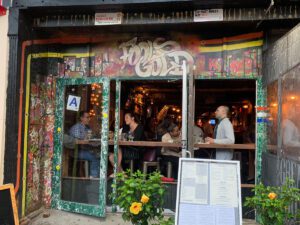 I can’t help but feel a little insulted by the name of this place. Not so much insulted, I guess, but definitely confused why you would name your bar “Fool’s Gold.” That’s like calling it “Sham.” Or “Hoax.” Or “You’re an Idiot to Come Here.” And, yes, I get it’s some sort of play off of the color of beer, maybe, but it’s still kind of a dumb-ass name for a bar. And, yes, I know I often focus on how people name their bars or restaurants or bands or whatever, but when you have like 1,000 places to choose from, or bands to listen to, why start off with the disadvantage of a stupid moniker?

And the worst part is that this is actually a very good beer bar. Sure it looks like a 70s subway car on the outside (which is actually quite cool and appropriate for the neighborhood — or was if it was like 15 years ago) but the interior looks like… well, a 70s subway car if it were bred with a 1920s mineshaft. In other words, it’s absolutely no-frills and looks like it’s been around the block a few times. Which is exactly how I like my bars, quite honestly.

Where it excels, though, is in its beer selection. There is a line of 30+ beer taps, all with hand-written labels on the taps themselves and chalkboards above them for those not sitting at the bar right in front of the taps (as we were). It has the feel of like an old pub in Belgium or something (having never been to Belgium). It can definitely be overwhelming when first sitting down. But the bartenders are total pros and will describe things and give you as many tasters as you want. The whole vibe is very laid back, friendly and inviting. I can’t say you’re going to meet your future wife (or any women per se) here, but you’ll certainly enjoy just hanging out here wondering how they got that A rating from the NYC Department of Health.

Apparently they do serve American comfort/bar food like wings and nachos and chili and stuff, but we didn’t even think to get our grub on here. It’s not about the aforementioned cleanliness factor, but would have taken away from our focus on the brews. They also plug their attention to their bourbons as well, which has definitely distracted me from beers in the past, but I didn’t let that happen this time. Granted, I ordered a couple beers that were way too orange juicy for my taste, but that’s just because that’s the fucking trend in 2019 and I went for funky names instead of just Googling the stuff or asking probing questions of the bartender. I’ll go back soon to make it up to myself.