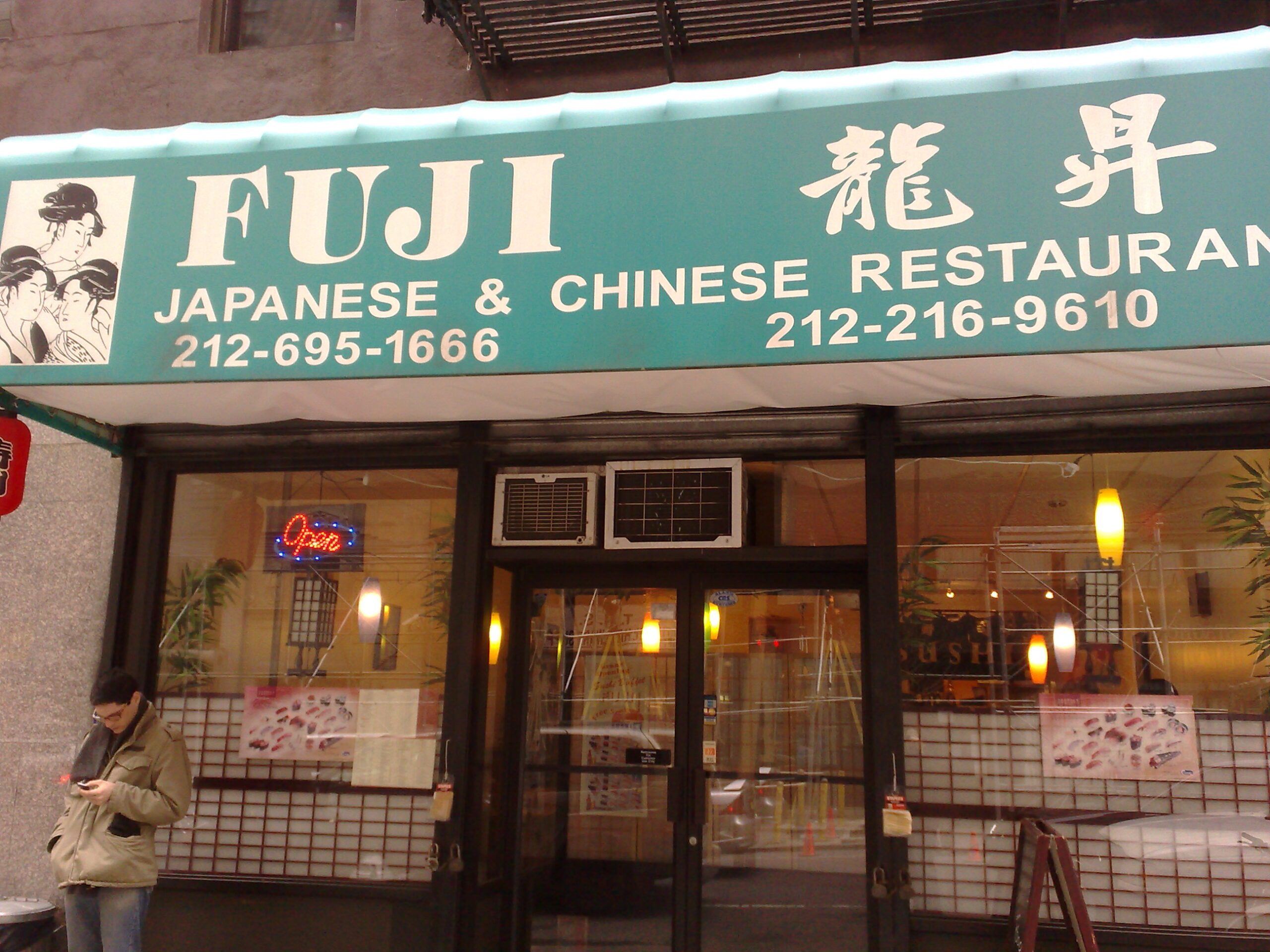 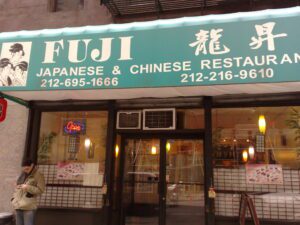 And, no, I didn’t put the wrong picture up here. I know it says ‘Fuji’ on the awning, but within this Japanese exterior is also a Chinese restaurant called Rising Dragon. No joke. I’m not really sure what the deal is, but I assume that the original Fuji had the whole space and was trying to supplement their main Japanese menu with some Chinese stuff, but couldn’t really make a go of it. So they brought in the Rising Dragon as a sort of junior partner, keeping the Fuji name on the door, but getting another owner to pay half the rent. Confusing? Yes. Even the help seemed weirded out that I wanted to order Chinese food, but they gladly (but solemnly) handed me a menu, and had no idea what I was talking about when I asked for an L5. Oy, this did not bode well. But, surprisingly, the food came out relatively quickly, was hot and not too bad. And, yes, I know sometimes it’s difficult to discern between one $5.99 lunch special and another, but this one wasn’t overly greasy or flaccid (which, of course, is the mark of good Chinese food). Of course I went for the basic chicken with broccoli, which is kind of hard to mess up, but I’ve certainly had that same meal come out somewhere between children’s paste and what I can only imagine an Alpo and pumpkin pie might taste like. So if you work in the ‘hood and are able to decipher their counterintuitive marketing approach, drop on in for some cheap, decent Chinese that won’t kill you (at least this time) or blow a hole in your wallet. [MF]