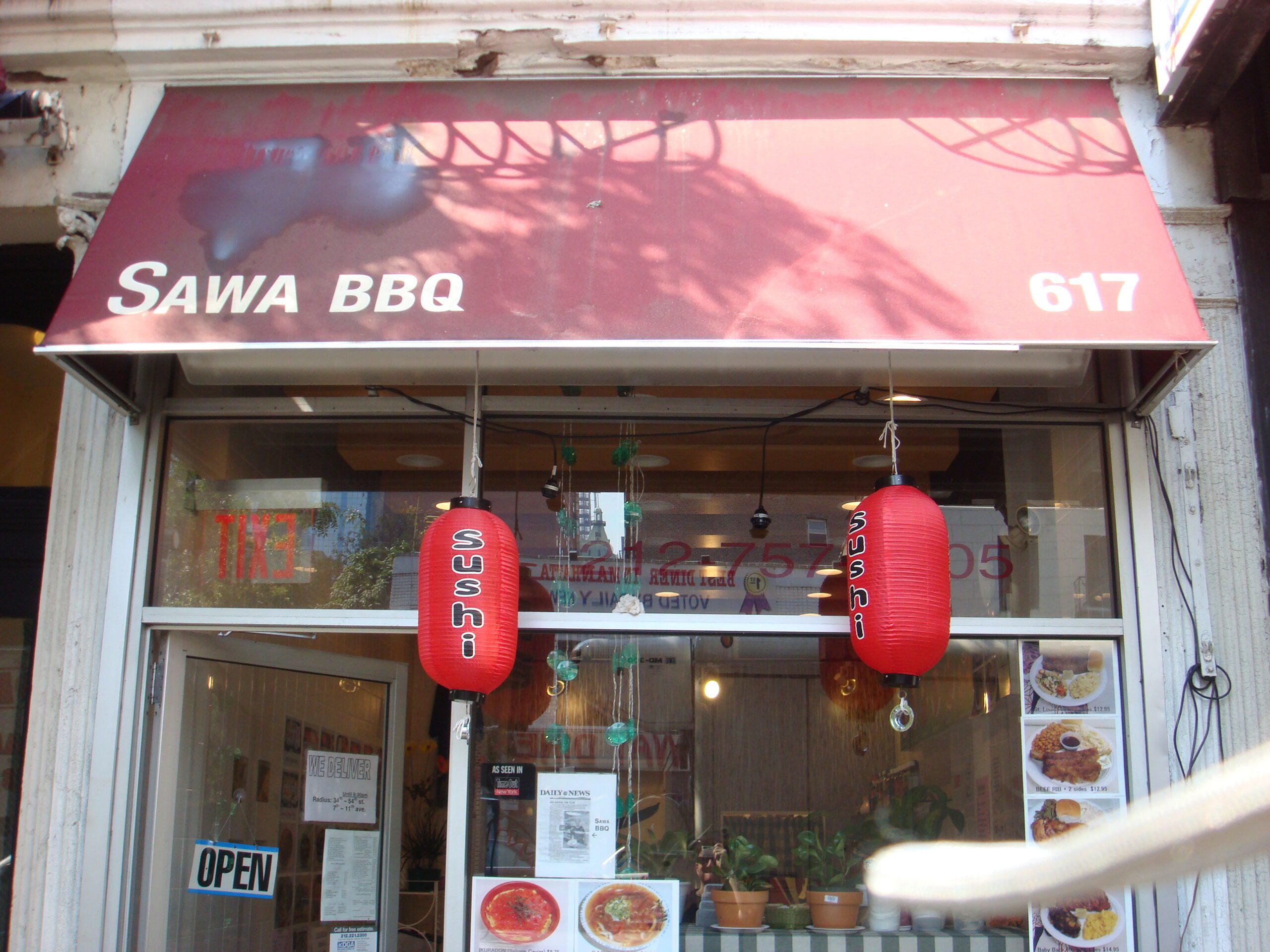 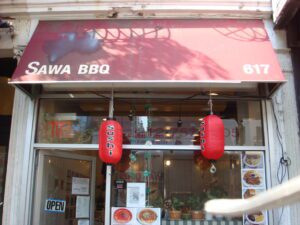 There are certainly some weird “fusion” places out there, but this is amongst the strangest. Actually fusion isn’t the correct word at all, as Sawa doesn’t mix cuisines, it just serves two as completely different entities. There’s literally like a line down the middle of the little walk-in space, Japanese on the left and BBQ on the right. It’s as if some Bobby / Peter Brady Bunch fight broke out (don’t tell me you don’t remember that episode?). I, of course, had to sample the BBQ, as it seemed much more challenging ordering Southern American food from a Japanese dude than him serving up some maki that I could get at any number of Japanese joints in the city. My legendary trouble deciphering accents really didn’t help matters much, as I had the impossible task (at least in my own head) of trying to figure out what came with my meal and what exactly he was offering me as the desert. I thought at first it was some sort of Japanese rice ball or something, but it turned out that he actually made sweet potato pie, which came as part of the lunch special. More about that later. So I ordered the chicken BBQ sandwich lunch special, and chose the mac ‘n cheese as my side (of course). I was totally fascinated as the chef/owner (?) walked through the Japanese curtain, and into the back to apparently scoop up my shredded chicken. He emerged, packaged everything up, and I was on my way. There was not another soul in the joint, and I felt somehow that there was a hidden camera lurking in a corner just waiting to capture the dumb New Yorker believing that a place so strange actually existed. It turns out, once I got my food back to the office, that the place was in fact real. Packaged in Styrofoam, the whole meal had an odd cafeteria look and taste to it. The sandwich wasn’t bad, but it certainly wasn’t what I’d call quality BBQ. The mac and cheese had that plasticy taste that melted cheese food can sometimes take on. And the pie, the weirdest part of the meal, had to be made from something out of a can. The crust was not really that cooked, and the sweet potato filling had an alluring aftertaste of saccharine that both repulsed and intrigued me. Overall, the meal was just weird. Exactly as I thought and hoped it might be. [MF]