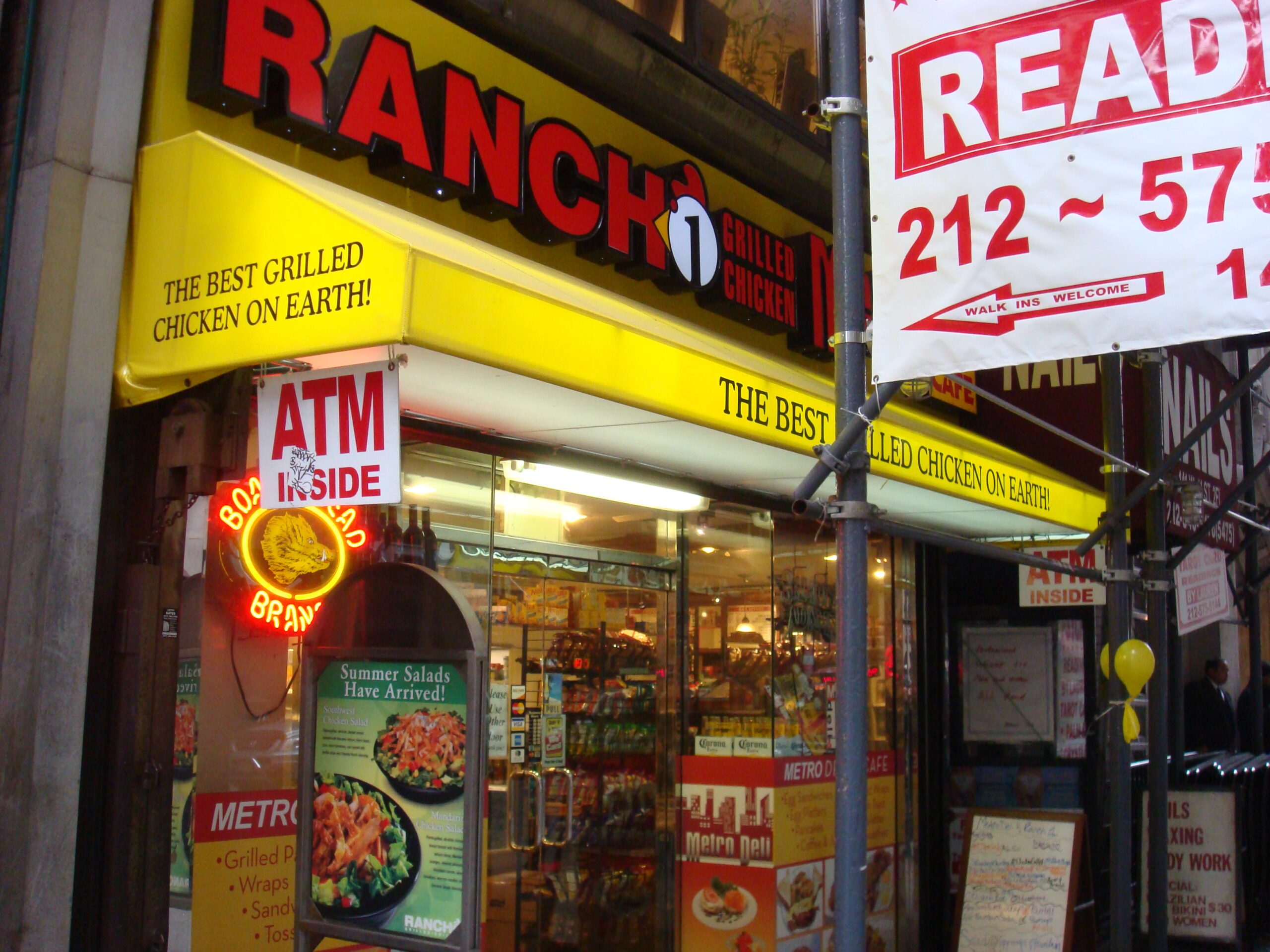 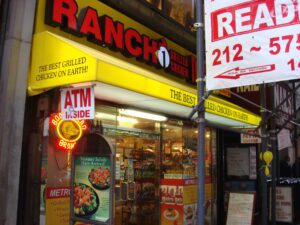 The once mighty chicken chain has been relegated to utter sadness. This particular franchise is literally stuck in the back of a bodega. I kid you not. One must walk through rows of crackers and cell phone cards in order to reach the back of the “deli” to reach the smallish seating area and Ranch 1 counter. I stood there with my mouth agape at the weirdness of the whole thing. Now I know some of the former locations had been bought out by the extremely similar Chicken Bar (awful, awful name) chain, and others had closed outright. Not having a history on this particular restaurant, I’m going to assume it’s not an original store, but some sort of bizarre agreement with the bodega owner to net more profits by sticking a completely incongruous chicken joint in the back of his place. So, enough about the space; what did the food taste like? The answer is that it tasted like Ranch 1, only worse. The chicken sandwich was lacking the telltale almond slivers, and the roll was a bit on the stale side. The meat itself had that similar tang to the old stuff, but was most likely sitting around for just a few too many minutes, and had lost some of its luster. The fries were the biggest disappointment. Whereas the old Ranch 1 fries were crisp and almost burnt in their homeemadeness, these were undercooked and virulently greasy. They tasted more like potato than fry and had a sickly pallor that smacked of disregard. The whole experience left me a little sad. It’s like seeing the once powerful homerun hitter dragging his tired ass to the plate in the twilight of his career (after being traded to the Marlins or Royals) and falling down on three consecutive swings. [MF]