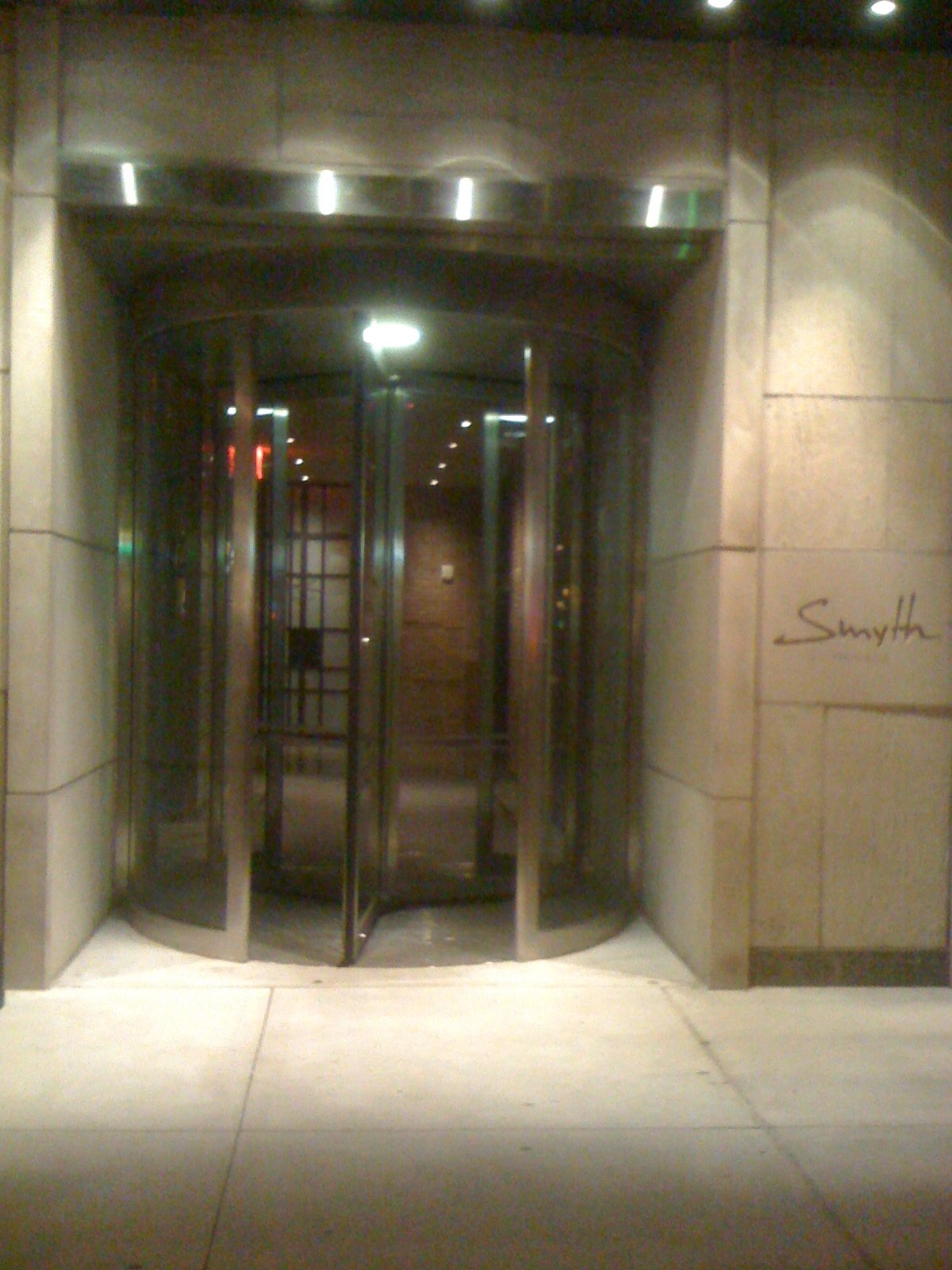 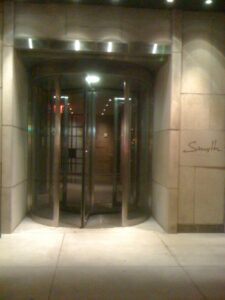 Dudes in suits: not interesting. Dudes with ponytails: not interesting (and in some instances creepy). Dudes in suits with ponytails: waaay interesting. And, as it turns out, hardly an odd specimen at the small bar at the Smyth Hotel in the TriBeCa. I walked in on a scene of said besuited pontail dude with his giant self and monogrammed cuffs chatting up Ms. Hipster from his barstool facing a wall of lit booze bottles. He had brought his lash of hair all the way from the Midwest somewhere (Chicago, Minneapolis, Indianapolis?) and was on some sort of project in NYC where he picked up hapless female victims with his lush locks and dumped their bodies from his rented Taurus in the old Freshkills landfill. Ok, maybe he was like some sort of management consultant or something, but the guy’s watch cost more than I make in a year, which is intimidating to anybody whose tiny legs don’t even reach the first rung of the barstool on which he’s perched. Plus the bar was the size if a decent GMC utility vehicle and would have felt tight if we doubled our three-person total, so I felt a little squeezed for getaway space. Honestly, I’ve been in fraternity houses with bigger bars. That’s not to say there’s not some serious mixology going on here. The lovely bartender continued to make fancy pants drink after fancy pants drink (for whom I don’t know) filled with mulled fruit, wedges of fruit and purees of fruit. Apparently people–freaks, really–like to mix their booze with crushed blackberries and weird cloudy liquid concoctions that smell of sugar and rosemary. Me? I had a vodka and soda, and then another–always keeping one eye on our chatty guest and another on the bartender to see what kind of nonsense she’d whip up next. I haven’t the foggiest what kind of hotel the Smyth is, but suffice it to say that they seem to have employed a talented drink slinger and have fascinating formally dressed dudes hanging out in their tiny excuse for a bar, to which I say, it certainly beats the Howard Johnson’s. [MF]