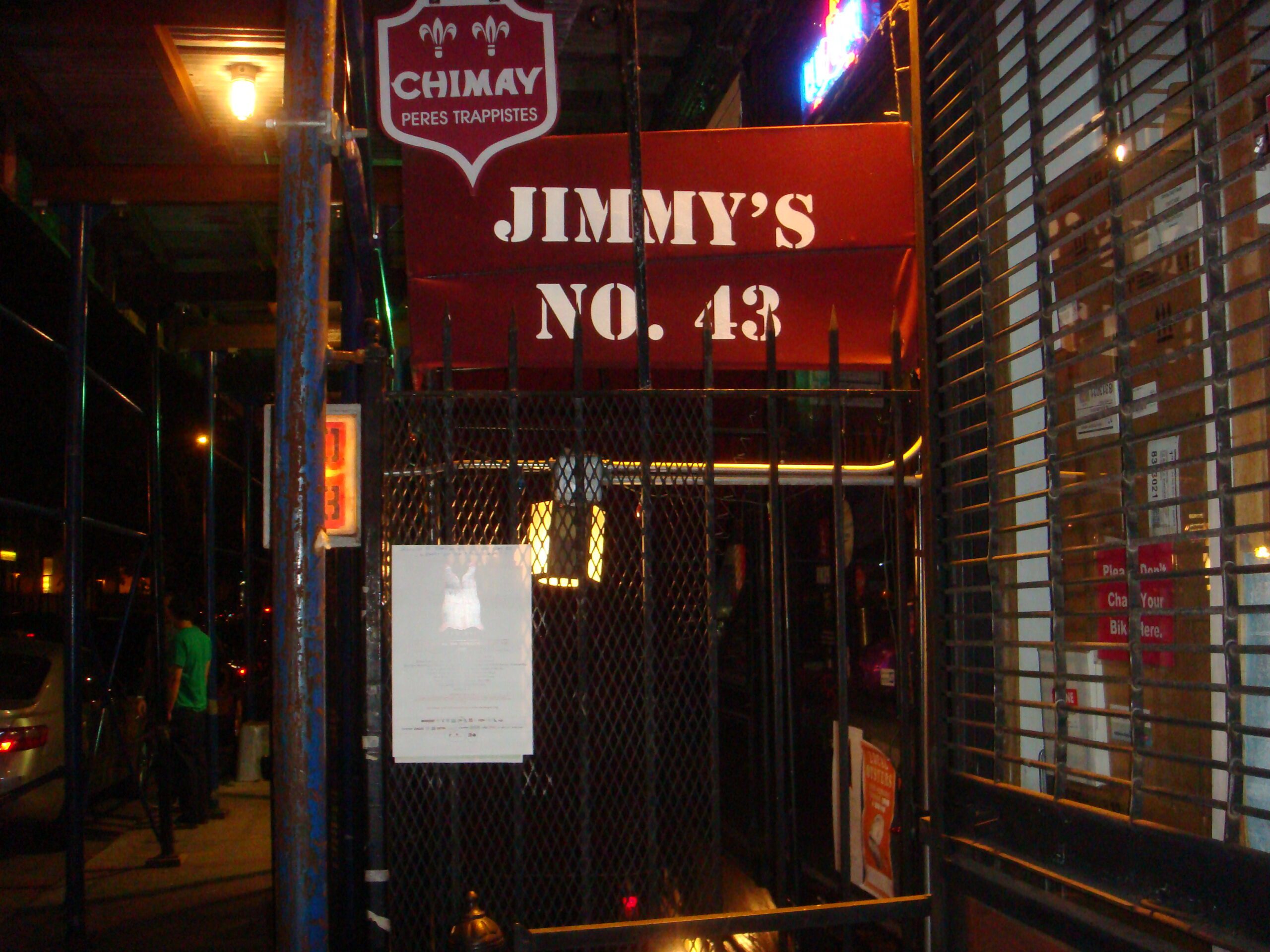 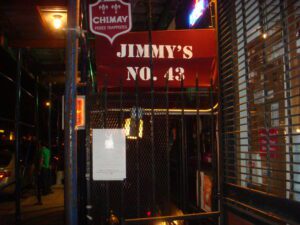 Everything at this joint screams good time. Some sort of vaguely Belgian theme combined with a kind of Arthurian rusticness and close subterranean quarters and a bizarro beer menu equals drunken camaraderie and hedonistic fantasies of giant turkey legs, pewter steins and songs about Vikings and shit. Okay, that last shit is just in my head. Anyway, we knew this joint wasn’t going to be TGI Fridays when we booked it for our large group, and we weren’t disappointed. What we were was incredibly cramped (despite actually losing people from our party from the original reservation) and mystified by our funky, Tudor-y 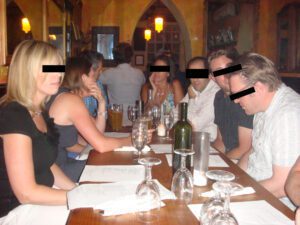 surroundings. In fact the original person I booked the reso with apparently fibbed just a bit about how many folks the table fit, so when we did show up, the hostess’ eyes bugged out of her head and we basically rearranged the joint trying to squeeze people in. Ultimately it worked out, but I know my friends much better than when I started (if you know what I’m sayin’). We were under the impression this was more of a dinner place than it is. It’s really a beer joint that happens to have some food—food cooked in a kitchen the size of a Manhattan closet. The comments on the food, which varied from skillet sausage to herring in some sort of dill something and maybe some cheese. They varied from “yummy” to “ooh, that was weird.” And then we kind of botched it and ordered entries. I had a beef Carpaccio that—and this is my fault—is apparently cold meat drowned in vinegar. Though it was the only thing I saw that seemed okay to order. We had to kind of apologize to everyone for confusing their palates and just downright missing the mark on the food front, but the beer was downright awesome and the place itself (despite the crowding) was fun and raucous. Next time, if there is a next time, we’ll go for the beers with a smaller gang and perhaps get a select one or two apps and leave the entrees for those who don’t realize there are like five quadrillion restaurants that are actually built to serve dinner. [MF]