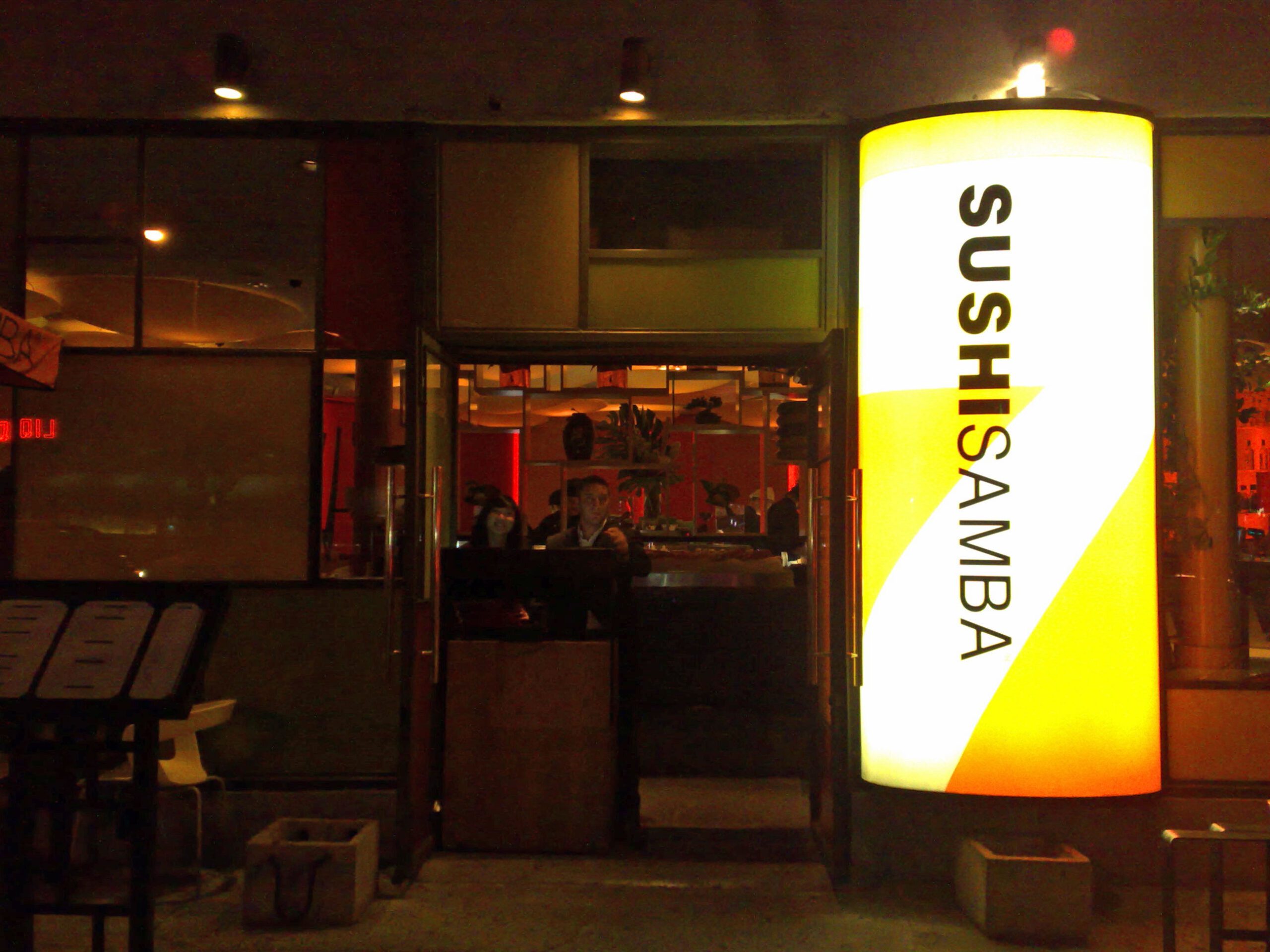 Apparently this place used to be “hot” at some point. Hell, I know so little about what’s hot that it could still be “hot” now, and I wouldn’t have the slightest idea. The night we went there, it was nothing of the sort. It could have been the fact it was a Thursday, or our Floridian dining hour, but the place was pretty much empty when we came in. I had some pretty low expectations for SushiSamba, as the whole style over substance thing seemed like it would be in play. My first surprise (because I’ve apparently been living in a cave somewhere) was that the menu had the whole sushi/Latin fusion approach. Right off the bat, several items I spied on the diverse menu intrigued me. While I love sushi, there is a limit in terms of what you can do with a plain, raw piece of fish. SushiSamba concentrates on making interesting rolls and other fusion oddities. We, for instance, had some crazy crispy yellowtail taquitos, rock shrimp and some wacky special rolls that were way outside the realm of your typical rainbow or caterpillar roll. Everything was absolutely delicious and out of the ordinary and ultimately surprising in its ability to meld the Japanese and Latin flavor in a way that tasted much better than it sounded on paper. All in all, I can see why this place is or was hot, and I have no problem plunking down some cash on a place that tries to do something with food that defies your expectations. [MF]