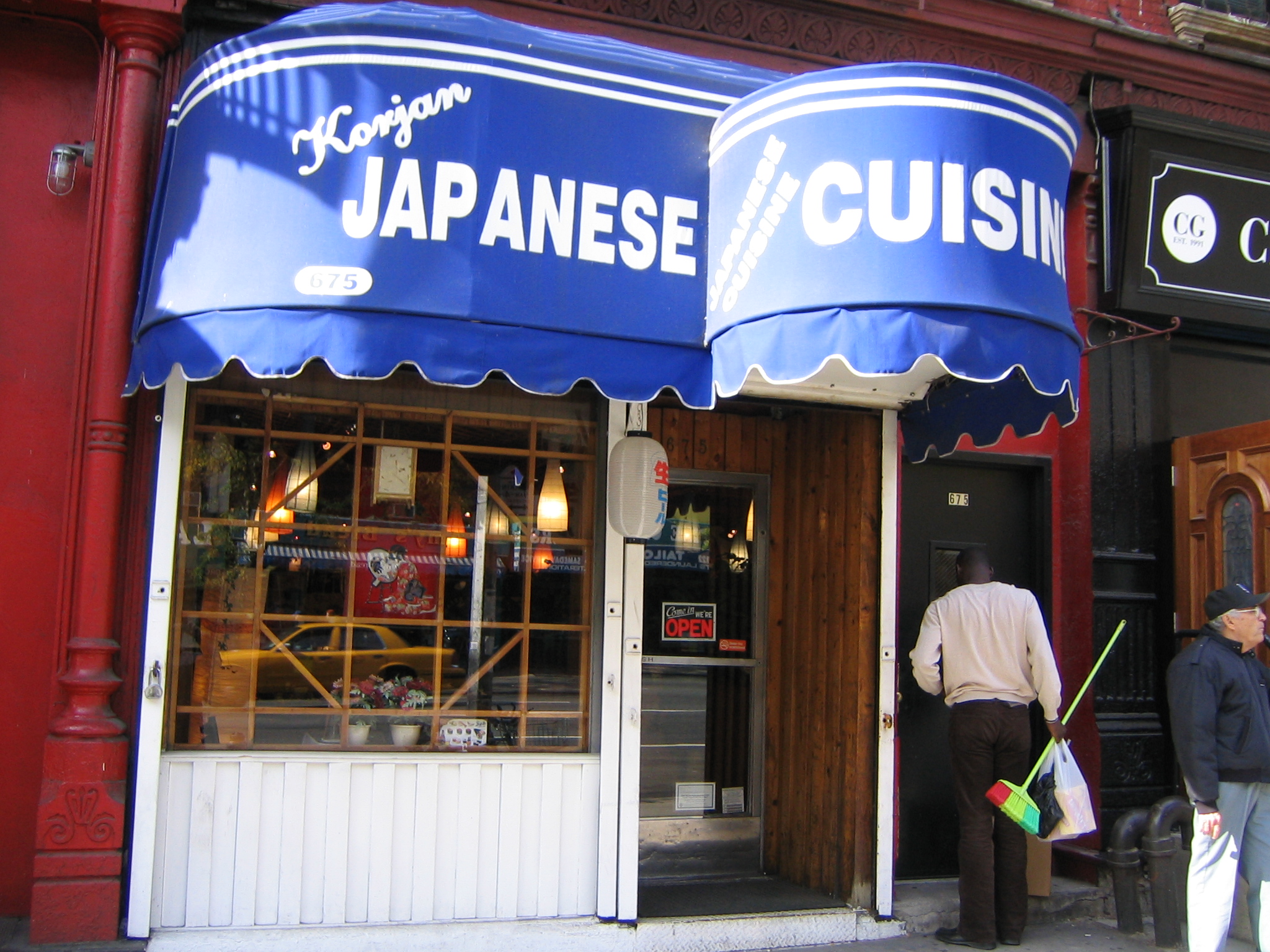 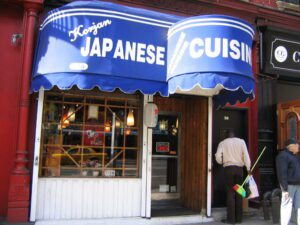 It’s Japanese. It’s Korean. It’s both, yet the Korean gets completely short-changed on the awning. It’s a shame folks walking by won’t know that there’s rotting cabbage and weird candied minnows inside. It’s not as if the Japanese food is really worth the visit either. The sushi is merely passable, and the chicken teriyaki is not even as good as the Go Sushi down the street. The Korean beef is not bad actually, but isn’t something I’d eat on a regular basis. I honestly don’t understand people who eat a lot of beef during the week–especially for lunch. Beef should be for dinners on Fridays and weekends, dammit. All of my cockamamie opinions about beef aside, I like what they’ve done with this place. It’s decorated like some sort of Japanese hut or something. Okay, it’s decorated like a half-assed Japanese hut, which means they put some bamboo and fronds on the counter and spread around some other random junk to spiff up what would otherwise be another dreadfully depressing 9th Avenue space. I can’t help but think of Kojak when I think of this place, but there certainly isn’t some giant-headed bald dude sucking on a lollipop working here that I’m aware of. They could certainly use Telly as a draw (even though he’s been dead for over ten years), as I’ve never seen more than one person in this place at one time. Always a bad sign, if you ask us. [MF]