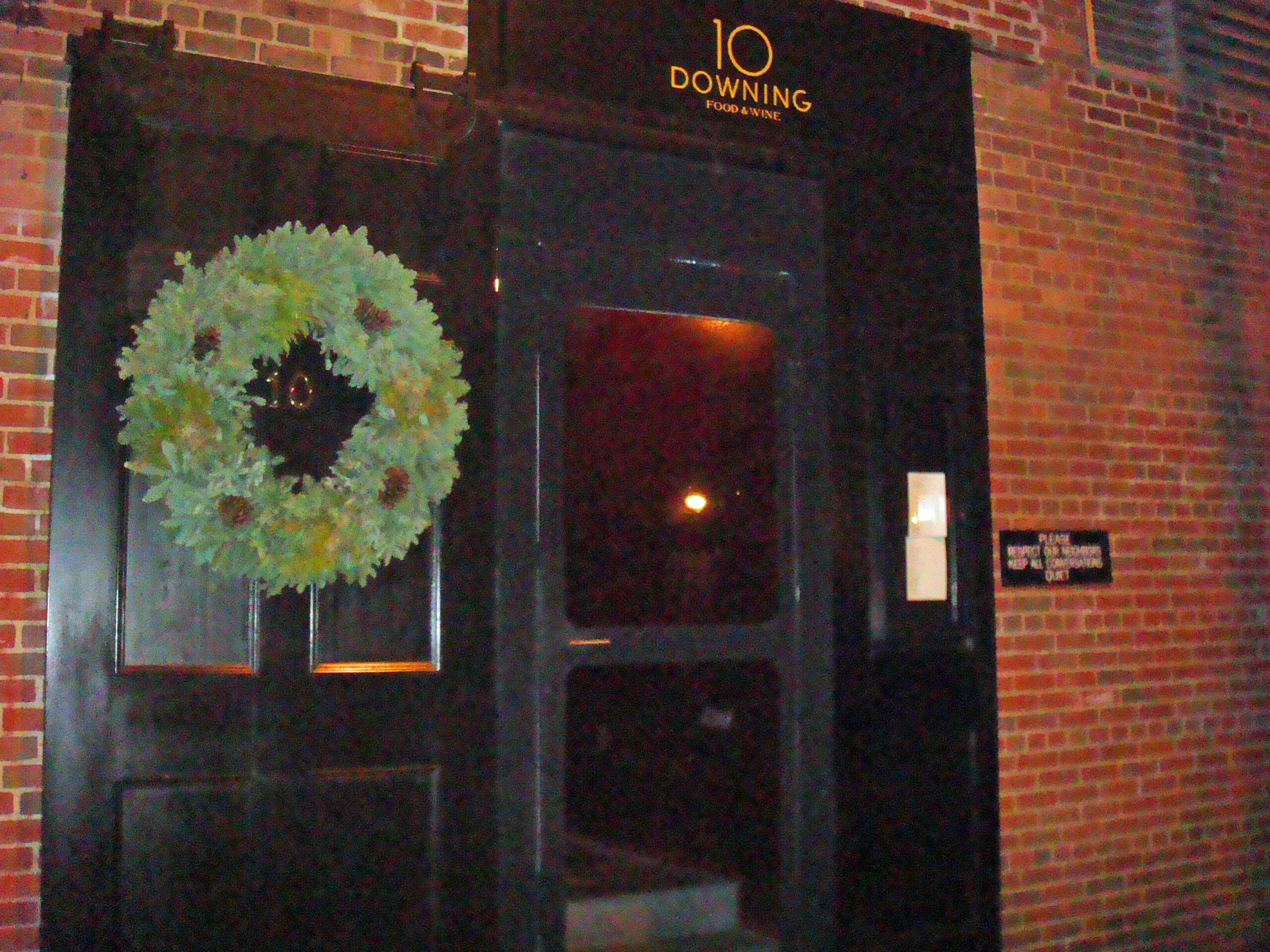 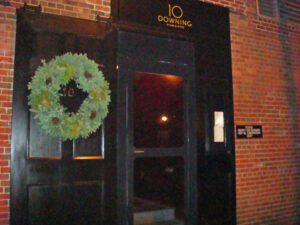 There’s something super Brit about this place. First off, the name recalls the address of like Sherlock Holmes (or the Prime Minister or something), and the restaurant’s awkward pie slice, corner-ish location created by the Y split of two streets reminds me of almost every other pub I entered in Ye Olde London. I believe they also had some wacky British brews and my short rib tasted a bit like a pair of Clarks (more on that later). Honestly beyond that, I’ve run out of Limey stuff, but it made for a nice intro, right? Beyond my Anglophobic rants, the joint was clearly thought out and designed within an inch of its trendy life. This isn’t a negative thing, mind you, but something you haters of clean lines, dark banquets against yellow walls covered in modern art and many, many windows might want to steer clear of. In fact there is a weird fish tank feeling while sitting there at the glass encased, sharp point of the pizza slice that we sat in. After getting acclimated I started off with some sort of fancy pants beer and waffled on my menu decisions. I ended up ordering a pumpkin soup for an appetizer. Let me tell you: it’s really hard to go wrong with a squash-type soup. Normally I don’t really like soup. In fact I’ve railed against it in many a review over the years. But it’s truly hard to fuck up a squash soup. Luckily these guys didn’t break my streak. I then got a flat iron steak and short rib for dinner. It came as a sort of combo-pack of meat. It turns out, though, that they spent all the time concentrating on the steak and just kind of left this poor, vestigial short rib to hang out there all flaccid, tasteless and like something one might find at a low rent wedding or corporate dinner. The steak was a little better, but still not better than something I might make on the grill on a random Wednesday night. Shame considering the cost. I had some sort of wacky butterscotch thing with cumin pecans for desert that was actually quite an interesting and tasty surprise, but the others in my party all got this bizarro spiced cake thing with what looked a dollop of ice cream to accompany it. All went first for the ice cream before forking into the cake and quickly realized that what they thought was a cold, creamy treat turned out to be a lump of sour cream instead. All simultaneously spit their mouthfuls onto their plates and looked at each other as if someone pissed in their Jell-O. Mrs. Hipster was heard to say, after she choked down a couple forkfuls, “That was interesting. I’d be okay if I never had that again.” Apt appraisal of the entire restaurant and the experience as a whole. [MF]