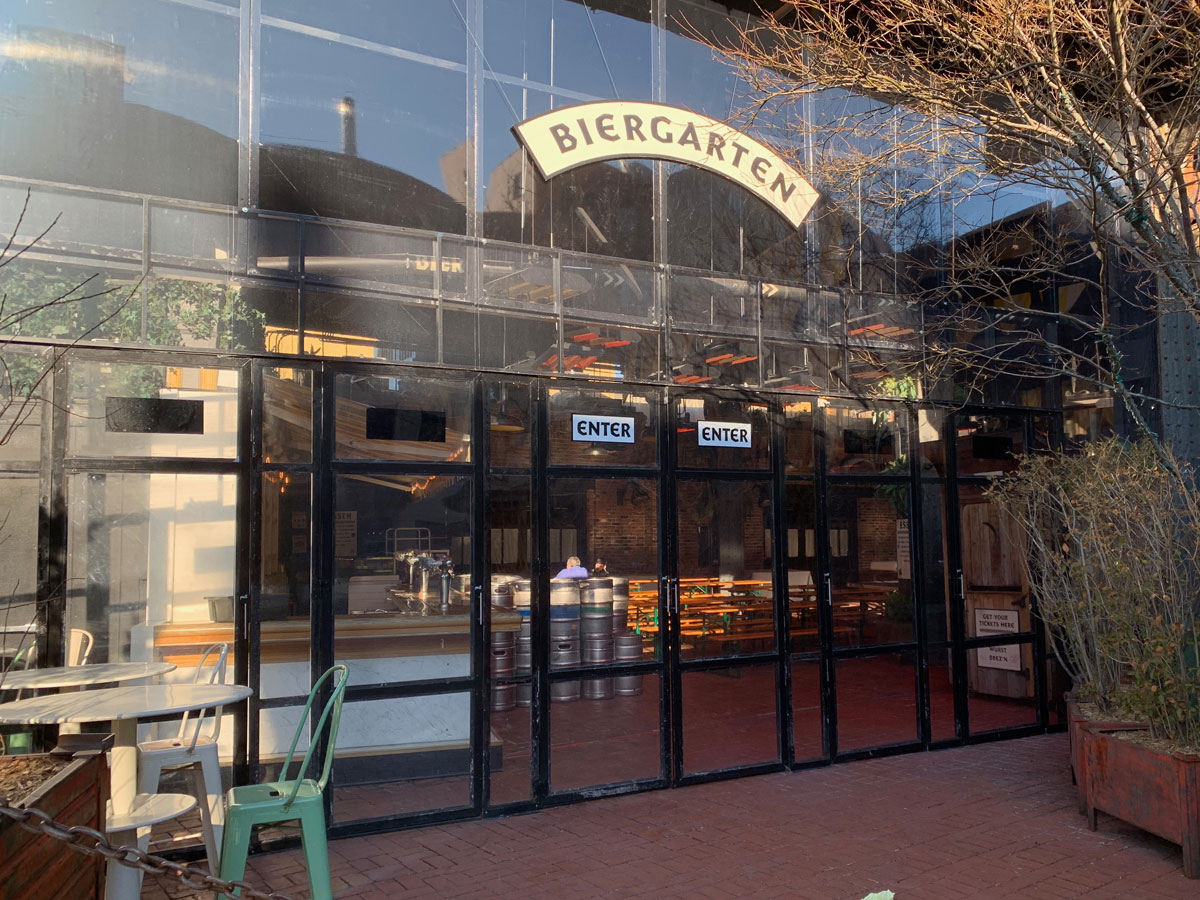 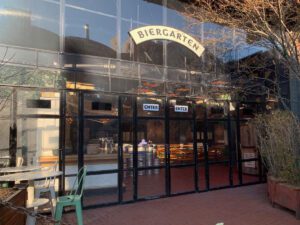 I suppose there had to be somewhere in the city where yuppies still gather to play after work. I mean besides The Ginger Man, that is. Like that throw back (but not way back), there is a decidedly 80s feel about this joint. Perhaps it’s all the dudes and their companies who skipped the work casual revolution of the late 90s. Suits and mousse win the day at this almost outdoors garden that is in no way unpleasant, but certainly is homogenized in a way that I imagine walking around Wall Street at noon also is. Not being particularly of that crowd, I felt a bit out of place, but it’s hard to argue with the rather lovely surroundings, giant beers and ultimately decent people watching (who didn’t love to watch Patrick Bateman in American Psycho?) They have this strange ticket system where you wait in line to buy tickets and then, like a carnival, you trade them in for beers. I imagine this helps to keep the lines down at the actual multiple bars, as the bartenders (who tend bar as well as I do ballet) only have to grab your ticket, throw it in a bucket and pull the tap. The help did seem a little surly and/or confounded at times, though some of them made up for it by being off the charts hot. Guys in suits will forgive anything with a white smile and boobs. The place is a bit of a zoo tucked into a corner of The Standard Hotel and under The High Line, but if you can manage to fight against the crowds to get a table, don’t mind being stared at like a poo flinging monkey if you show up in sneakers or shirtsleeves and can tolerate lots of talk about bonds and shit, then you could certainly do worse than hanging in the fresh air with a big brew and a clientele who smell decidedly better than the ones you’re used to in your local LES or Williamsburg bar. [MF]