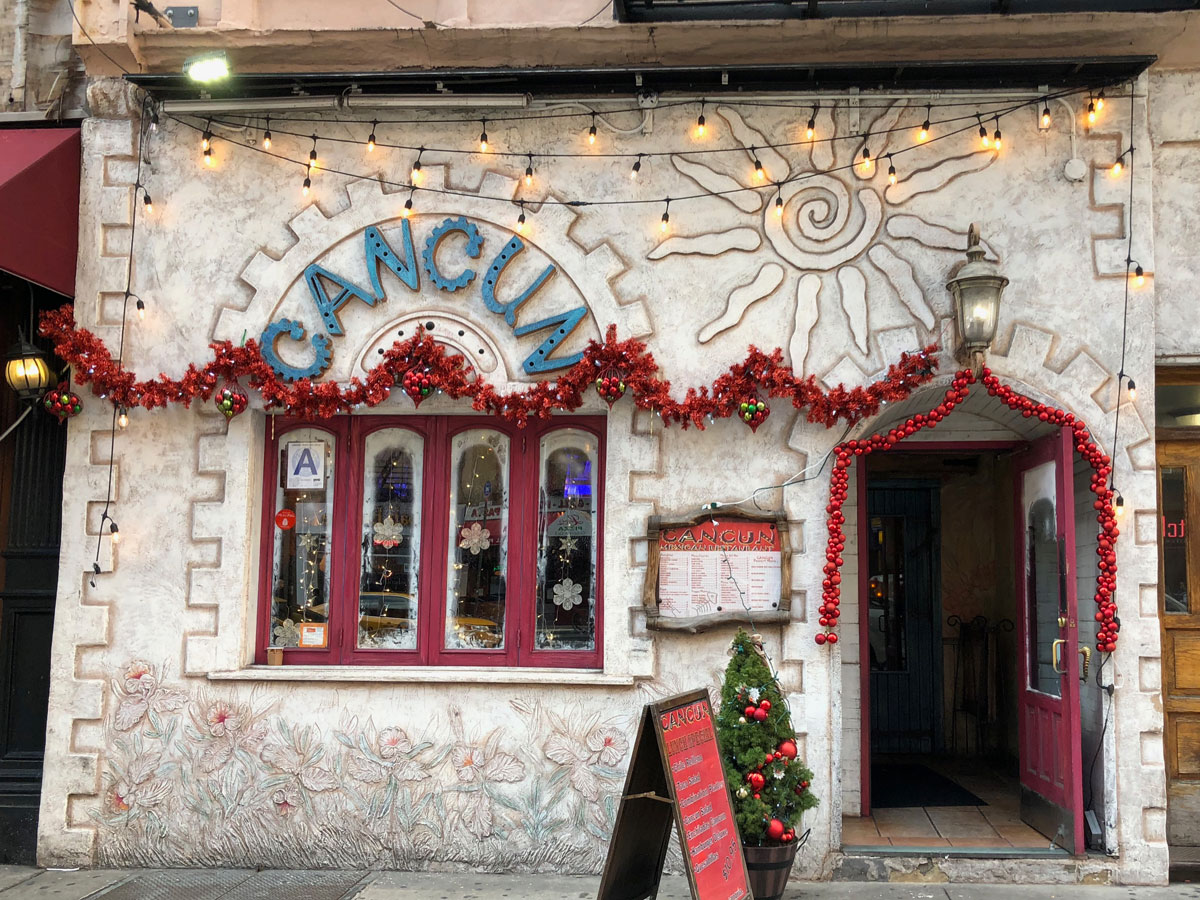 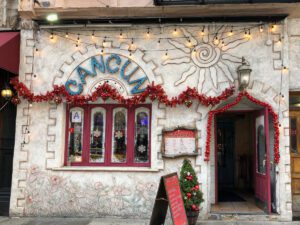 Well, they have the authentic Mexico smell down. If you’ve ever been there, you know what I mean. It’s that mildew smell that inhabits everything down there–that earthy, moist stink. A couple OTB drunks sat at the bar at lunchtime chatting about how bad the Mets suck. It seemed like a weird place to hang out, given the fact the bar itself is about six feet long, but these guys gave the impression that they were regulars. The interior mimics the typical adobe-walled Mexican style, while the servers move like they’d rather be anywhere else but in this faux sample of their homeland architecture. Were they rude? It depends on what your definition of “is” is–know what I’m sayin’? I ordered some sort of garlic chicken special that was supposed to come with beans and rice and something else I can’t remember. When I asked for it to go, they looked at me as if I had requested Vicente Fox’s head in a styrofoam container. After huffing and puffing, they left and kept me waiting for quite a while before handing me a bag of stuff. I got it back to the office, opened it up and realized that they had gypped me on the side dishes, and had apparently filled my aluminum take out tray with random chunks of boiled chicken in some sort of mildly viscous, yellowy sauce. Needless to say, it wasn’t exactly what I was expecting. So I ate it. I can’t say if it was the severe hunger or what, but the stuff was actually pretty tasty. Completely devoid of adornment and garlicky to the point of almost being too garlicky, the stuff wasn’t too bad. It wasn’t pretty (which means it was authentic), and it wasn’t easy to get, but all in all I’d try it again for no other reason than to avoid my Burritoville yearnings for a couple weeks. [MF]