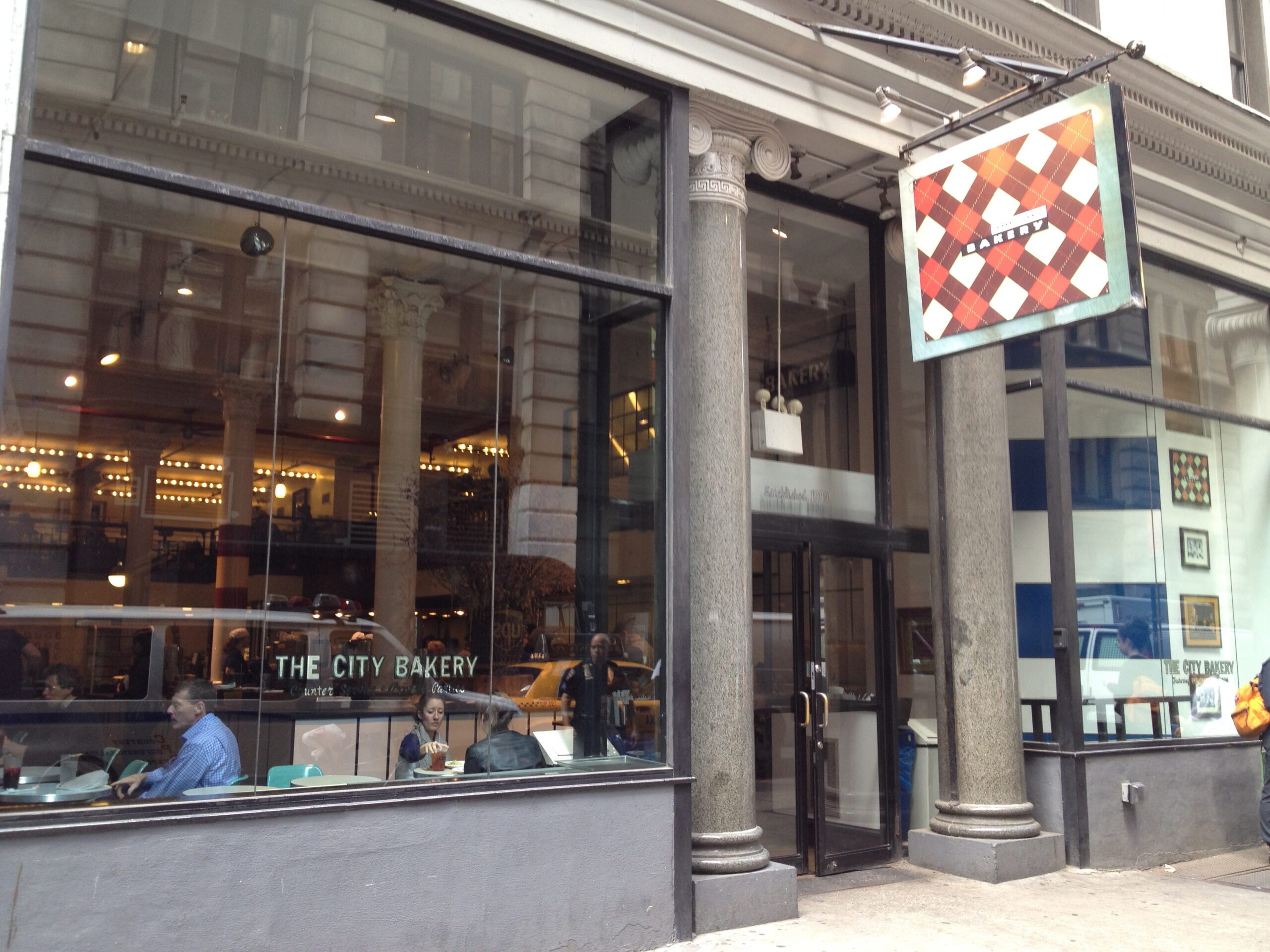 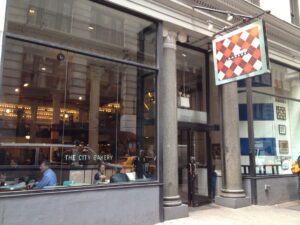 I was a little early for an afternoon meeting with a client, and hadn’t eaten a damn thing all day. Not a good thing when you’re heading in to present work to a conference room full of folks who are giving you gobs of money not to be a drooling, anemic crapface. The only joint I spied that filled my three prerequisites of speed, nourishment and palmability was City Bakery. I waited in line behind a bunch of coffee and snack junkies who were clearly out for their post-lunch sugar and caffeine rush, and they wanted it bad. Bad enough to get completely abused by the bitchy man making the coffee that they were paying their hard-earned money to guzzle. The guy had more attitude than a rabid Chihuahua, sneering and snarkily rolling his eyes, shaking his head and snapping at orderers who didn’t follow procedure to a T. Surprisingly, not a single person seemed to mind this craptastic display of assholery. Maybe people in NYC like getting abused, or perhaps these people, like crackheads, just wanted their caffeine fix so badly, they would put up with any debasement just to get that sweet, sweet hit of the brown stuff. I skipped the drink and got a chocolate chip cookie that looked awesome but was cloyingly sweet, and terribly overpriced. I’m always shocked when places that purport to be bakeries don’t actually make decent baked things. It seems kind of like a no-brainer, right? In any case, the space is still as cool as it was back in the day when I used to sit and drink beers at Zip City Brewery and its horrible follow up, the Tap Room. Shame most people are in and out, and mostly locked in diabetic stupors, and probably don’t see a thing beyond the croissants and attitude. [MF]