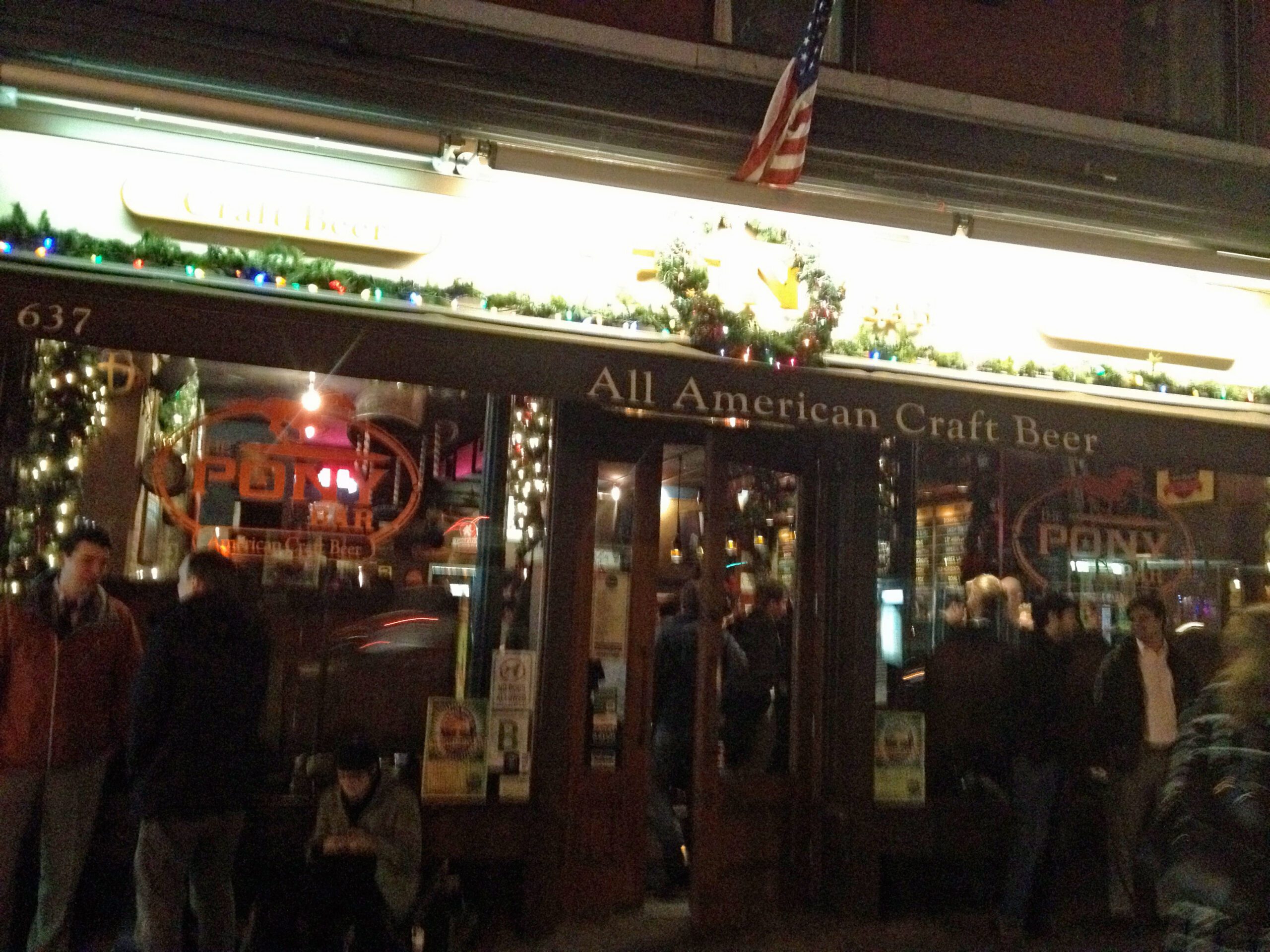 This joint has a seriously classic look. A long wooden bar with wooden bar stools lines one side of the narrow space, with low tables on the other. The floors are worn barn wood of some sort and the walls are exposed brick and a couple worn barrels sit smack dab in the middle of the space–adding to the quite real possibility of getting unintentionally smacked in the nuts. There’s a vague camp theme or something going on here, as a canoe hangs from the ceiling and an oar sits on one wall. Like Blind Tiger and other beer joints of their ilk, a beer menu written on chalkboards behind the bar advertise their funky mix of flowery and wheaty and lemony beers. The interesting part? They’re all brewed in the US and all beers cost $5. The uninteresting part was the crowd the night we were there. It was packed to the rafters (literally and figuratively) with kids. Loud ass kids. I mean kids of the drinking variety, not the milk-drinking ones, but still annoying to see a college crowd in midtown at what should be an adult-ish establishment. Every two seconds or so there was a bell ringing and people cheering and beer sloshing and jostling. Had I been in a different mood, and willing to let go of my general disdain for gen z (or whatever they’re called), I probably would have realized what a great time everyone was having, but my days of having to constantly step aside as patrons make their way to the door, and being assaulted by the cacophony of bells and hoots are well behind me. Granted, this joint does seem to have a lot going for it and presents as a perfect bar to patronize after work with some beer lovers when the kids and their love of noise are studying whatever it is kids study these days. [MF]