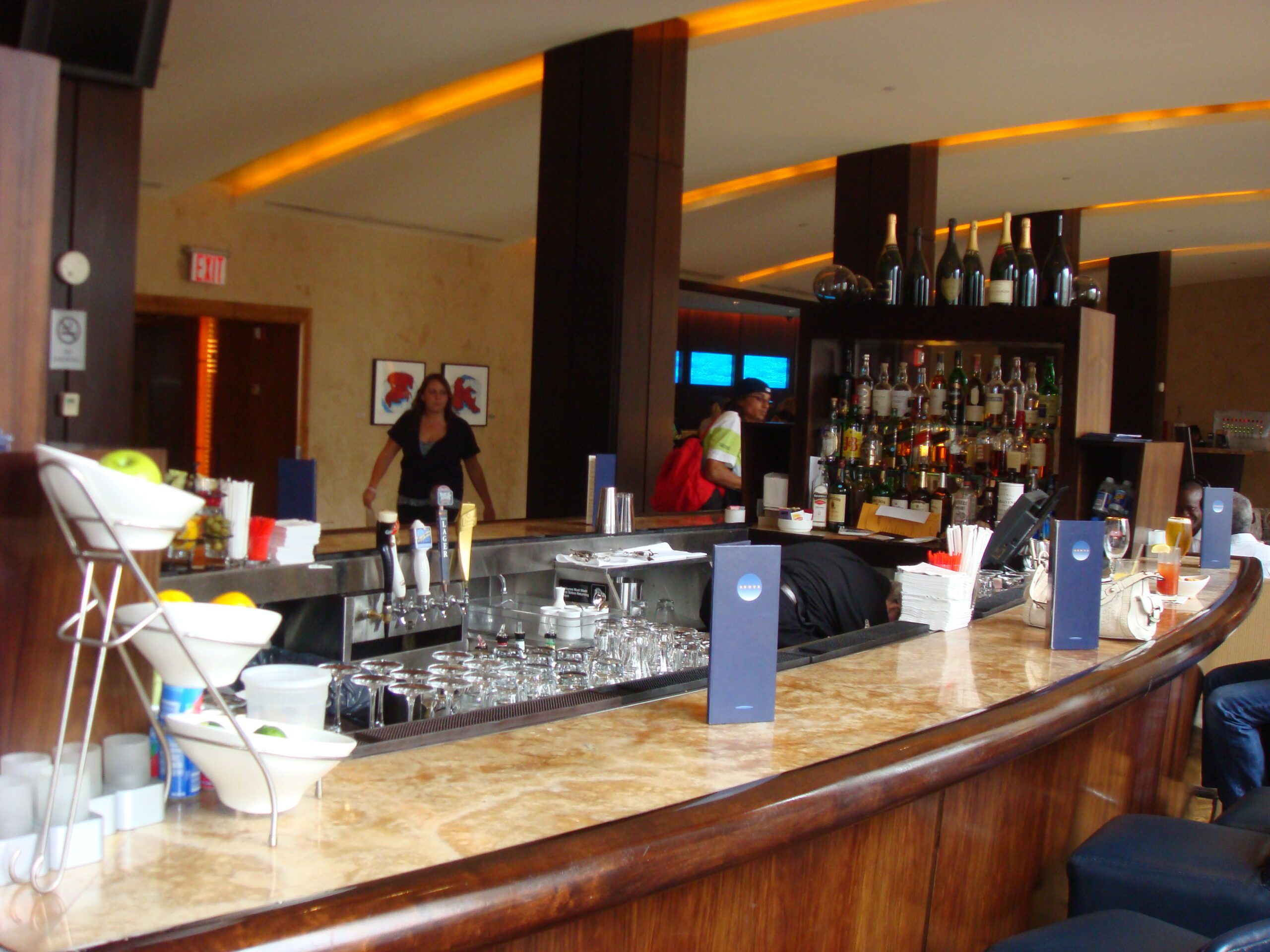 I’m not one to frequent Times Square hotel bars, but one could certainly find himself in worse places than 25 stories up, overlooking the tourists, peddlers and Scientologists on 42nd Street. To pretend I was here for any other reason than forced work camaraderie would be doing a disservice to The Survey and all three folks who might see this review. It’s not to say the camaraderie was forced, but the situation that put us all there certainly was. Why else, then, would a bunch of advertising hipsters be sharing space at a hotel bar with Crystal from Orlando and Chuck and his fannypack from Des Moines? This is not the W Hotel crowd, folks. While the large windows and relatively well stocked bar (in terms of booze and not beer) make for pleasant surroundings, the bar itself is rather awkwardly placed, making terrible use of the space on the floor. The area in between the bar and the windows would seem to be the place you’d want the most square footage, but the architects have, for some reason, given barely enough room for four co-workers to stand two abreast while facing one another. Awkward, to say the least. The overall boundaries on the other side of the bar are also strange, as they’re completely undefined. The bar just kind of sits there in space, inviting anyone going to use the main elevators to just kind of walk out and bump into it. Perhaps the whole thing was just built as an afterthought–which is the most likely scenario. I doubt that I will ever find myself in the Hilton again (until next year’s meeting), but if I do, I’ll be sure to tell Chuck or Larry or Kelly you said hi. [MF]