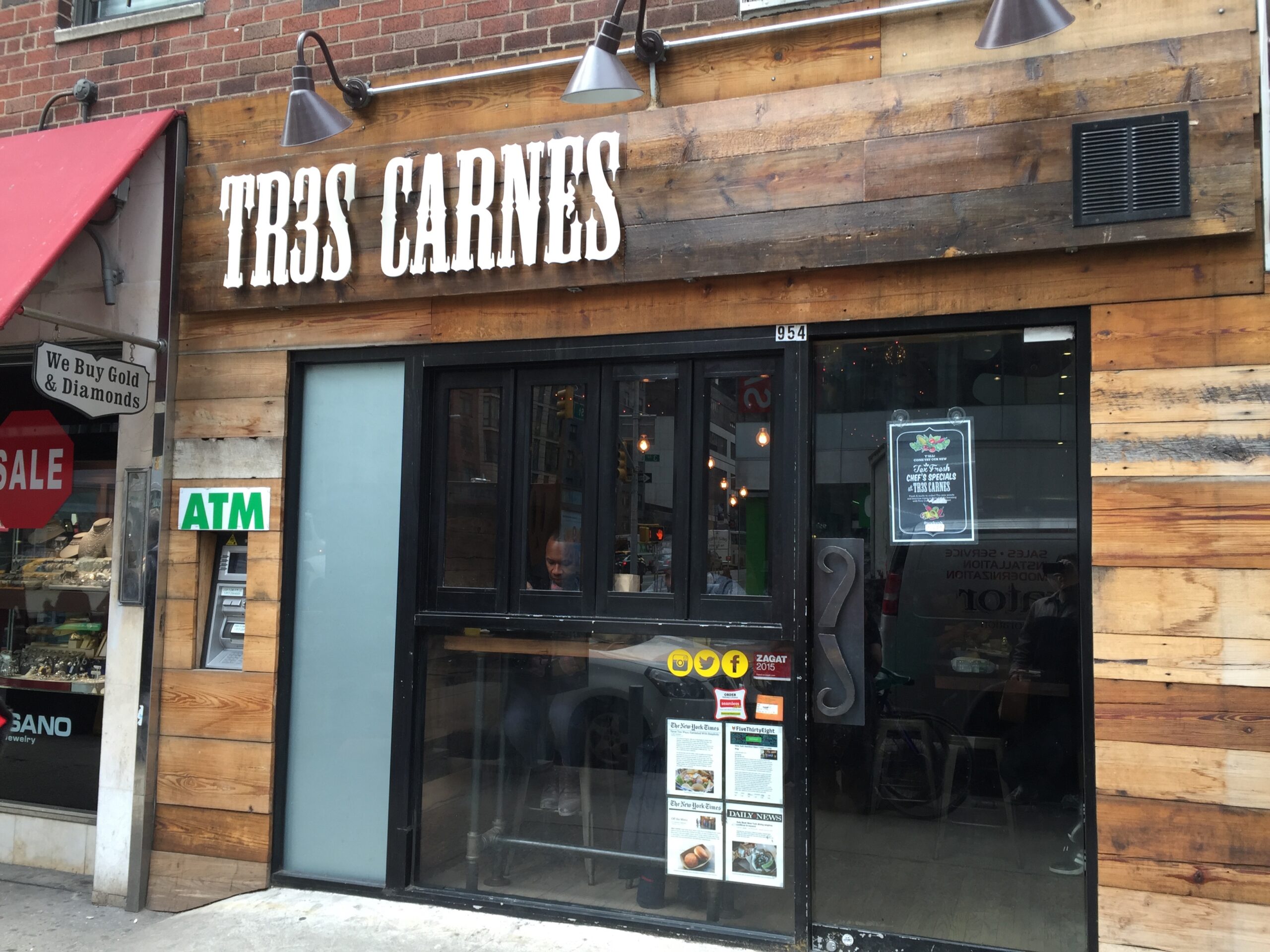 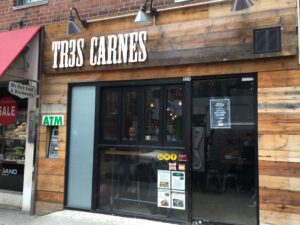 I’m always a little skeptical of chain restaurants that claim to have this crazy process that makes their food unique. Tres Carnes claims slow-smoke awesomeness on their Tex-Mex-inspired barbecue grub. But, really, how can one do this en mass? The answer is that there is probably some unevenness in the process. Maybe some batches are better than others. Maybe the quality control as more and more locations open is compromised. Whatever the case, the sound of the product turns out to be better than the result.

I came across this joint quite by accident. I was wandering the neighborhood around my new office and just walked un because their wood exterior, funky interior and the allure of smoked Tex-Mex seemed too good to be true. Besides, I know what Chipotle tastes like, and could use a break from their pretty consistent okay-ness. They had some bizarre pork special that sounded like something I might only eat if trapped on a desert island in the middle of a desert, but went conservative with a smoked chicken bowl. It was almost to set it up as a direct comparison to that other chain, as that’s essentially what I order when I go there. The ordering process at this joint isn’t unlike the other, but the help there was less than helpful when it came to moving through the line. No bother; most people are used to the whole choose a meat, choose a rice, choose a bean, do you want guac and other random corn stuff thing.

So I finally got the thing back to my office and while I know dry-rubbed shouldn’t mean the meat is actually dry, I’ve found that it often is. As was the case with their chicken. Perhaps it was this quality control thing I mentioned and the meat was just over-cooked, or perhaps that was intentional, with some hope that all the crap they pile on top would moisten the whole pile. Who knows? The smokiness was there. The beans and rice were fine, but the star just didn’t show up to the big dance. That said, I am willing to give most anything a second try and will go for the brisket the next time in the hopes that my first experience was an anomaly.