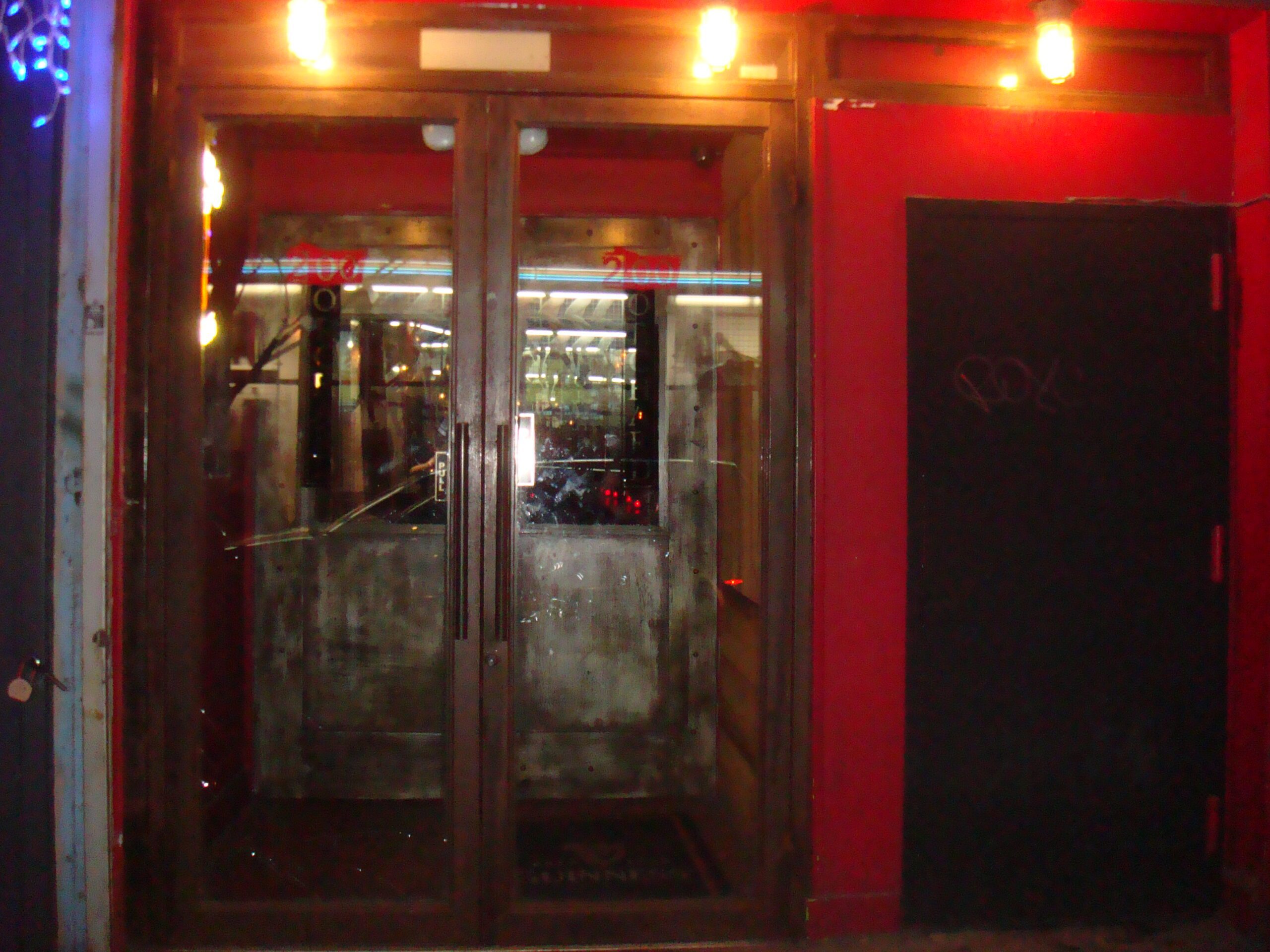 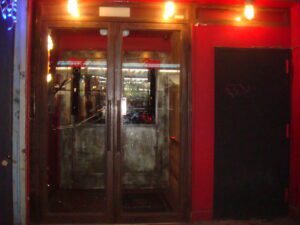 I remember back in the day when this was Orchard Bar. To me it represented everything that was hip and groovy. It was the Lower East Side and this joint had bouncers and models (whom I realized later were just skinny chicks–or at least skinnier chicks than those in the scummy Irish college bars on the UES) and ambient whatever music and a fish tank that wasn’t really a fish tank! It was so fuckin’ cool, I, as a fresh-faced jean-wearin’ pipsqueak, dared not besmirch its name or else be cast into an indeterminate pit of lameness. I’m can’t recall how long ago Orchard Bar met its demise, but flash forward to 2010 and I’m sitting in 200 Orchard surrounded by the ghosts of my insecurity-addled past. On this evening, though, it was just me and my ghosts–literally, just us. Well, ok, there was a bartender there, but I sat there solo slowly coming to the realization, as the bar’s blood red walls morphed back into the old fish tanks and then back to blood red, that I was where I was. The skinny, cramped entryway was unrecognizable while not crammed with dudes, and the former shabby chic lounge in the back had been transformed into something that didn’t look like a health code violation in the making but rather an eco-friendly wooden Downtown fantasy. They had made of it a proper bar with Guinness on tap! It’s a shame really that I was alone, as the vibe and bartender and it’s mixture of red lighting, exposed brick and what could only be a dance floor(!?) all seemed like it had potential. Granted, had I come back several hours later, that potential might have been fulfilled but also may have been killed by some douche with one too many fancy pants drinks under his belt. What’s old is new again I always say, so next time I’m in the neighborhood I just might (just might) raise my sword to slay that dragon once again. [MF]