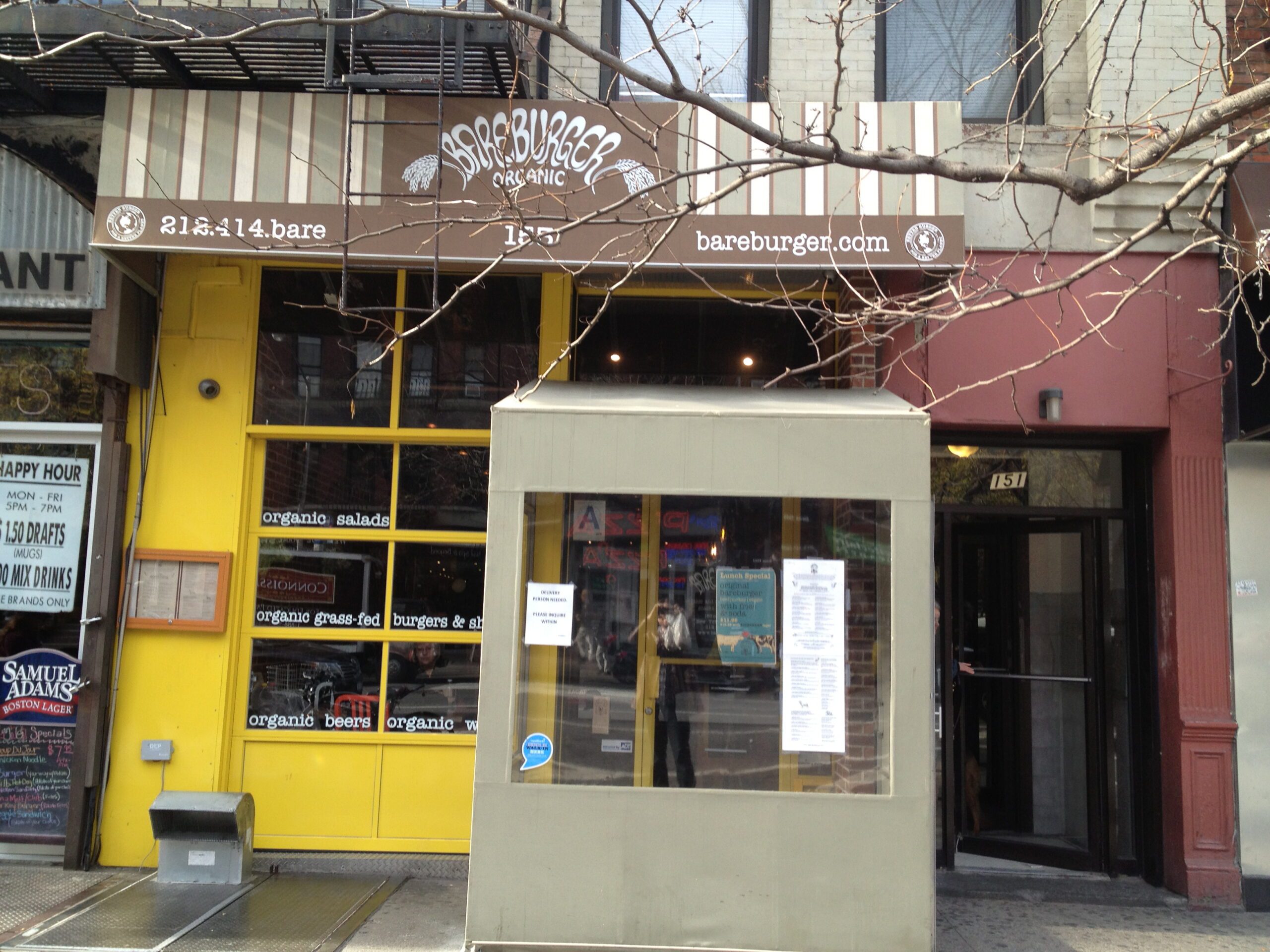 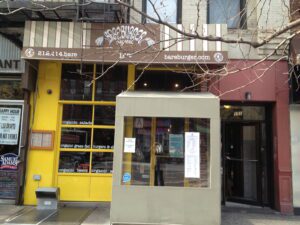 When someone suggested Bareburger as a good place to score a burger, I had no idea it existed. I had even less of an idea that it was a chain with six or so restaurants in Manhattan and even more in the surrounding boroughs. I also thought it as called “Bearburger,” as would make sense considering its whole bear theme and preponderance of bear imagery and iconography all over the place. Though, funny enough, I think bear is the only meat they don’t serve in this organic meatery. They have chicken, turkey, cow, bison, elk, wild boar, ostrich and all sorts of hippy shit that doesn’t come from a mammal or fowl like black bean, mushroom and quinoa. I’ve eaten all of those animals before, save elk and boar. And, as you must know by now, I don’t dig on swine, so I went with good old-fashioned cow. Though my burger itself was wrapped in lettuce instead of sitting on a delicious bun because of this damned gluten-free diet I promised Ms. Hipster I’d do with her to get in fighting shape for a beach vacation. So I figured if I had to basically eat a giant wad of ground beef, I should at least eat it from a place that claims superior quality meat and not some dirty deli patty filled with sawdust and bug wings. Now, after sloppily chowing down what amounted to a medium rare meatball in a watery shell, I can’t necessarily recommend doing exactly that, but the burger — despite its general lack of supporting material — was fresh-tasting and cooked perfectly bloody and two seconds past mooing, just like I like it. This Chelsea location is a little on the dark side because of its long, mostly interior setup, but the decor is like early funky Russian barn style, which is actually much better than it sounds. It seems, unlike most of the burger joints in town, they didn’t go for the modern slant and instead tried to remind you where your food comes from — and even threw in a bizarre Soviet circus bear theme just for shits and giggles. [MF]