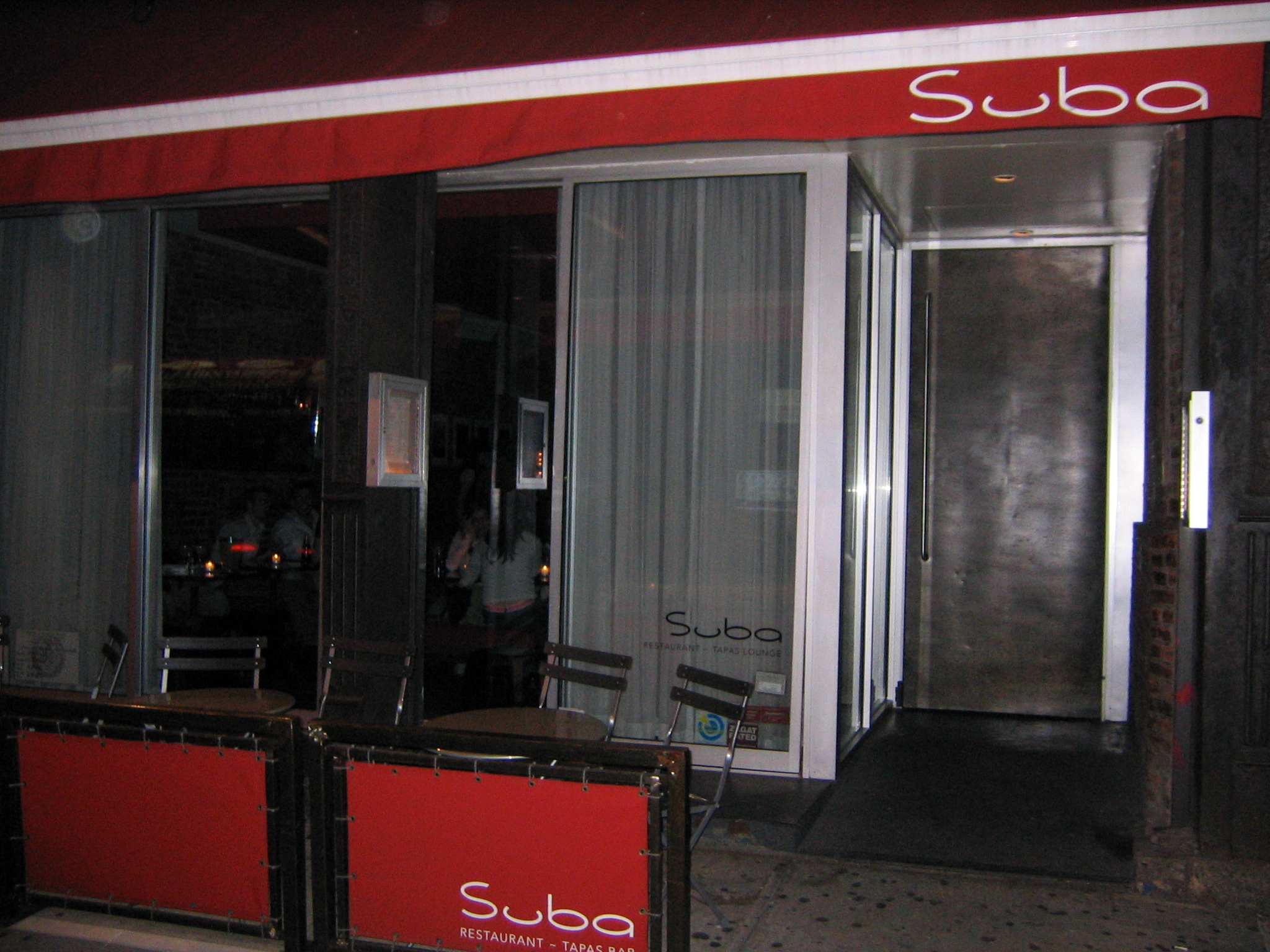 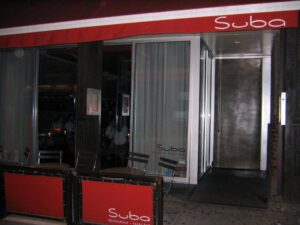 Generally eating dinner in a dungeon would be an unpleasant experience. You have the rats and the dripping water and the whole screams-of-agony thing (which can be wholly unpleasant if you’ve ever experienced it first hand). It can really put a damper on the mood as you munch your tilapia and frijoles. While Suba may in fact be dungeonous, it is the furthest thing from a medieval death sentence. The majority of the restaurant is housed in a brick basement space with metal catwalks on which you, uh, walk and sit about a foot or so above a floor covered with an indeterminate depth of water. To call it a moat would imply there was some sort of drawbridge and a bunch of pukies in NASCAR hats eating giant shank bones while screaming at knights making $5.25 an hour. It’s just not that kind of joint. What it is is a total deathtrap for drunkards like me. There were several times during the evening that I swore I’d just keel over into the pool. The reflections of the water on the unadorned masonry walls just added to my feeling of euphoria (along with the strong-as-hell mojitos), and I felt myself being lulled into a sense of safety and calm that I haven’t felt since I don’t know when … With death by drowning only a stray footfall away, it was a false sense, but what do I know? I was at a point where they could have thrown a half-chewed sack of gummy worms in front of my gaping yaw and I would have gladly chowed down and enjoyed those sugar-infused horse hooves right down to the last segment. Just my luck; the sevrer was nice enough to skip the kiddie treats and bring me a nice seafood lasagna appetizer and an awesome Lubina Asada entree that loosely translates to “sea bass covered and/or floating in tasty stuff.” As it turns out, I didn’t fall into the water, and actually managed to not return my fish to the sea. What a feat. What a night. [MF]