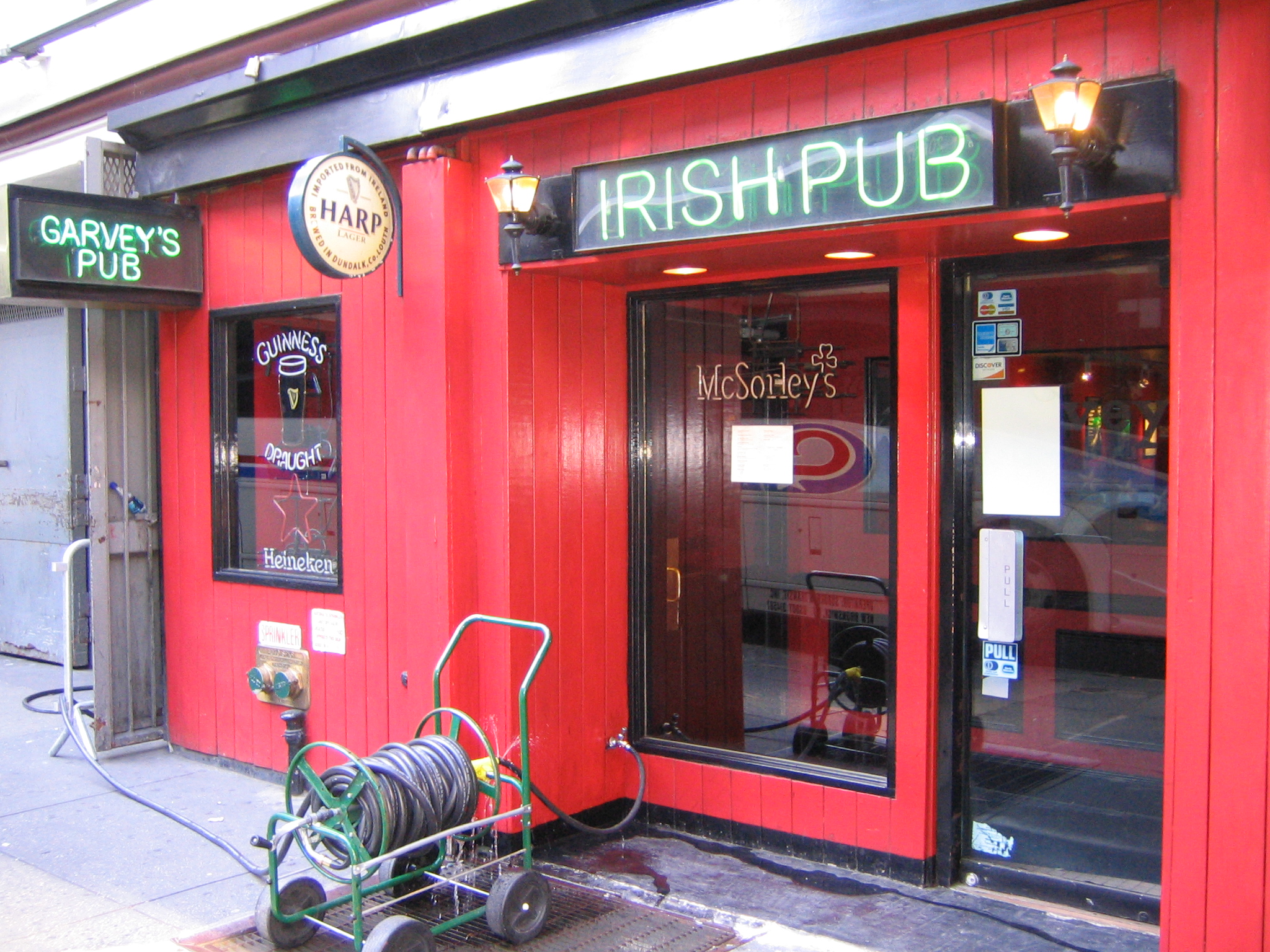 Steve Garvey was my favorite baseball player growing up. His Ken Doll good looks (which I learned later were more Republican congressman than Mattel dreamboat) gave him the air of authority at the plate that those other 70s scumbags, with their walrus mustaches, muttonchops and afros, couldn’t even touch. It turns out he was also using those looks and charm to bed groupies–and probably through some Christian trickery avoiding those pesky condoms, leaving baby Garveys from coast to coast. Because of these missteps (which are like now required by NBA players) he botched a career in broadcasting and/or politics and has slowly slipped into obscurity–popping up occasionally to throw garage sales at his Santa Monica home, or be pestered by Ms. Hipster Mother at the local post office for an autograph for her ”young son.” what does this all have to do with a crappy bar in Times Square? Think of it as an allegory, or metaphor or whatever. Here’s this bar, right? Some guy was pretty excited at some point to open this dump. He planned and planned and probably had big dreams for the place. Granted if it’s been in this location for any amount of time, it was probably surrounded by gay porn stores and dildo displays, but let’s move forward. We enter here however many years later, and the place is just plain sad. The bartender, so used to clueless tourists, asks our obvious group of co-workers where we were visiting from. I believe I answered, “52nd Street.” He didn’t get it until I told him it was a joke and that in fact we, with our messenger bags and casual business sloppy attire, were in fact not visiting from anywhere. I understand his confusion, though, as why would anyone come this shithole under the whatever hotel unless they were staying there or were completely devoid of taste an decorum the ceiling was low, the bar set up poorly and the jukebox one of those damn video things. Why go on? [MF]