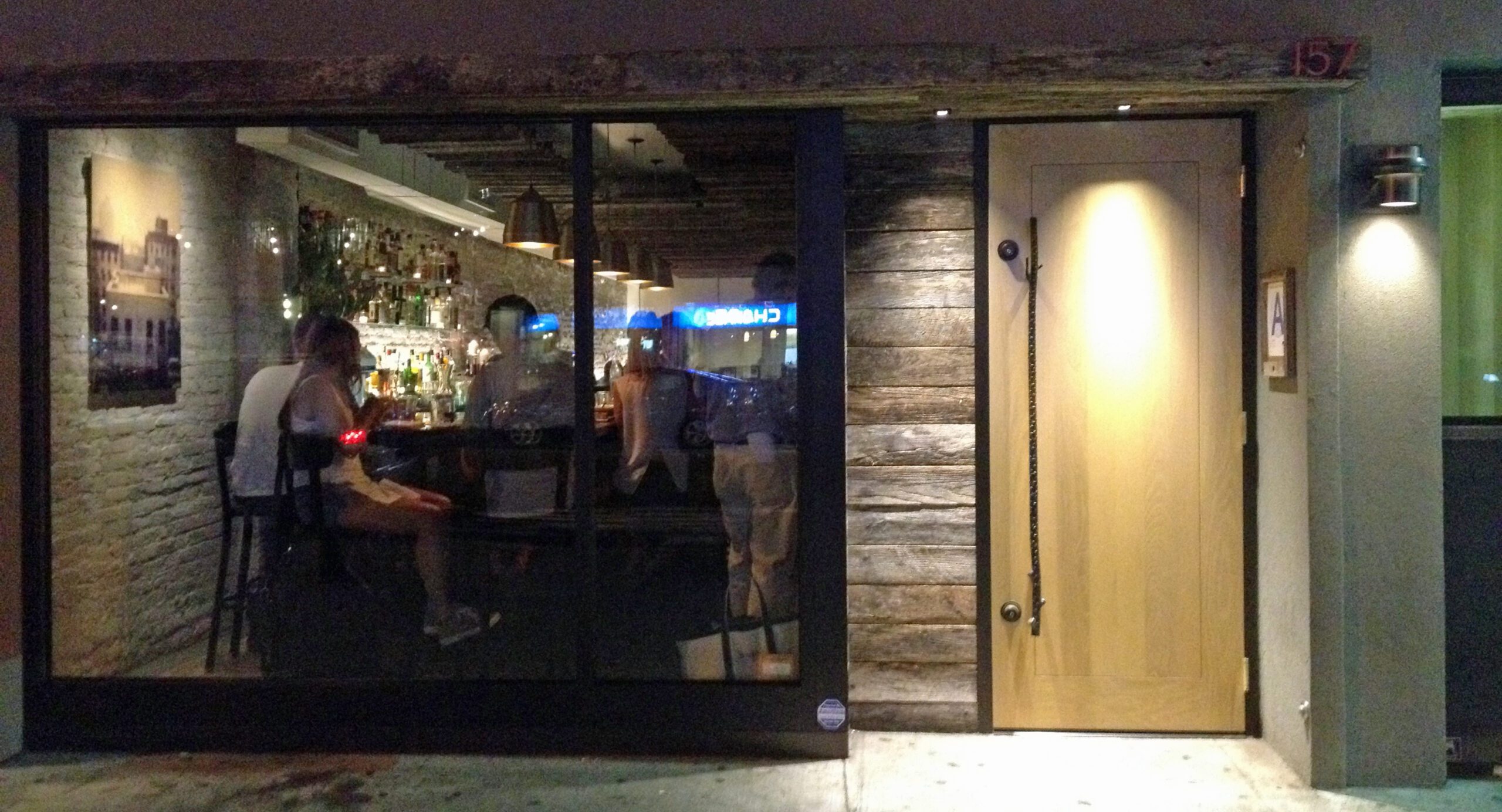 Never having the balls to go to Dufresne’s real restaurent, wd~50, I jumped at the chance to go to this, his low-rent eatery. Ok, not low-rent, but certainly not the super-expensive joint where you get like a cup full of whale sperm foam in a ladybug saliva bath for $45 and a chilled moose mouse in a terrine of zero-gravity rendered dodo chop for $75. Instead it’s what he calls a gastropub. I mean, he can call it whatever he wants, but this is a gastropub the way 2 Chainz is a poet — you gotta just look at it from the right angle. The first sign that maybe this is misclassified is the “cocktail” I ordered, which was honestly one of the lamest things I’ve ever had served to me in a glass. It turned out to be like a melted snow cone in an orange juice glass with a few pours of cantaloupe liquor and water. Whoops. Luckily that was the low point of the evening, as we and not a whole lot of folks in the small space got drunker and louder and ate some stuff that I can only really classify as “precious.” Precious not a cuisine, of course, but things were finicky and while not as weird as his normal fare, were certainly unique. Including some Chinese pigs in a blanket, which were like fancy, smoky bundles of Sunday football joy, but obviously way less pedestrian. That was the third best thing, I think. The second best was the rye pasta with the shaved pastrami. It was nuts. It tasted just like a pastrami sandwich, but in pasta form. Pretty damn cool. But then there was the root beer pudding with cashews. Who knew that shit would be absolutely awesome? I mean I’m not a huge desert guy, but I could have just had that a couple more times and been pretty damn happy. So, yeah, being in Alder feels like being in the know somehow — exclusive in a hip kind of way. It’s not going to satisfy you in the way perhaps a trip to Minetta Tavern might, but it’s like the complicated indie movie of restaurants, in that you may not understand everything that’s gone on, but there’s a lot to talk about afterward. [MF]