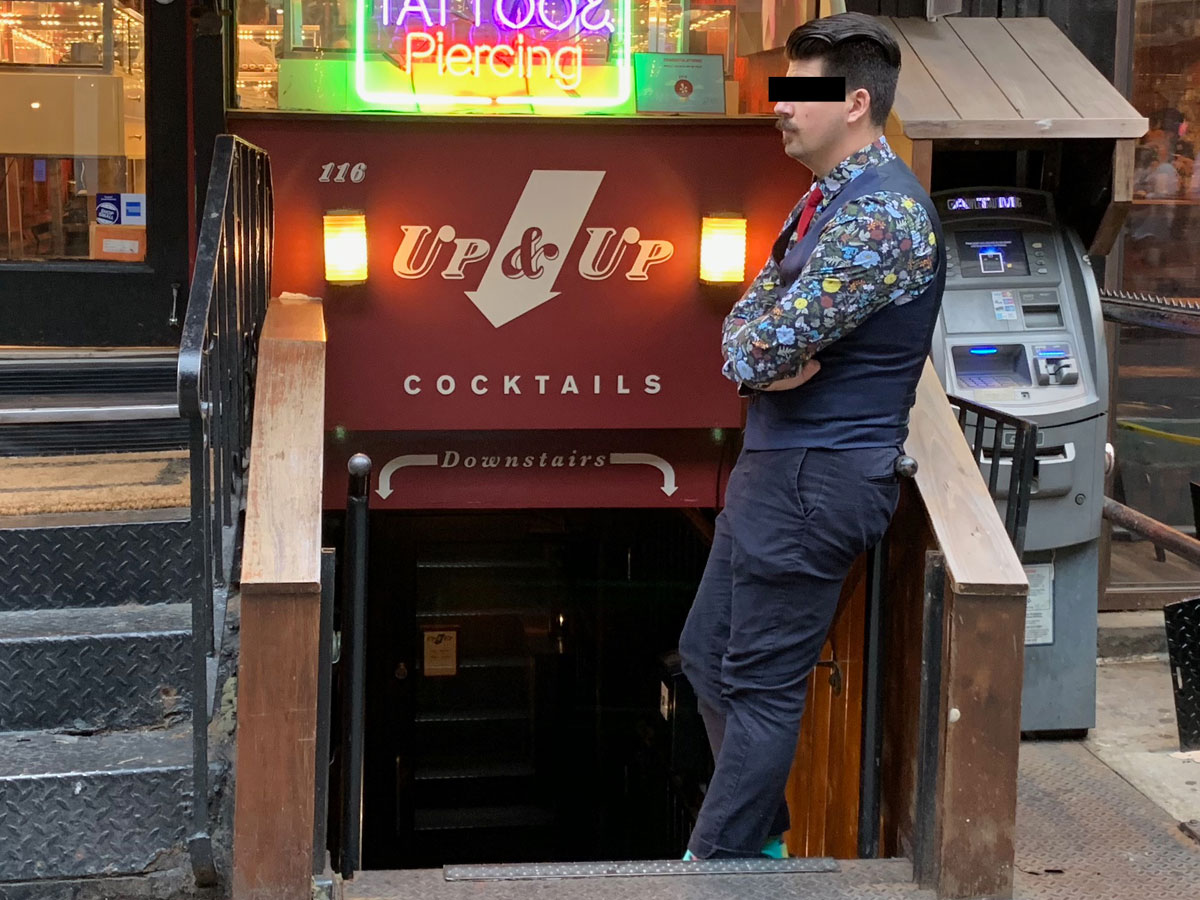 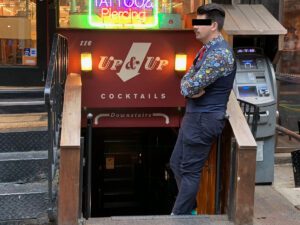 It’s an ironic name (kind of like the mustache on that dude hanging in the doorway), but also a pun. Get it? It’s a subterranean bar (the first “up) and “up” is also a way you can order a cocktail. It’s quite brilliant. But also bad. So, ironic.

What isn’t bad or ironic is the joint itself. It’s a straight-up cocktail bar in the 50s and 60s tradition of cocktail bars. Dark as all hell (because, again, it’s underground) but pooled in table-by-table mood lighting, it doesn’t even try to be remotely light and breezy. It’s an old-school cave where the drinks are as hard as the surfaces on which they’re served. It oozes classic. From the red booths, white tabletops and vintage alcohol ads framed on the walls, it feels like that speakeasy your very cool grandfather might have frequented. Assuming your grandfather was a Mad Man or an upscale gangster.

My Old Fashioned was also super professionally crafted and served. None of that sweet fruit garbage that you’ll get at your average Irish pub. Of course that’s the expectation these days, but sipping an expertly made cocktail in a spot that feels like you couldn’t be drinking anything else other than an Old Fashioned or a Manhattan (or maybe a martini if you have that proclivity) makes it all that much better. I’m still shocked at how much “craft” cocktails cost these days, but the prices here aren’t anything out of the ordinary. And they do have a really creative list of signature cocktails that I’m not adventurous enough to try, but sound good if you like things that are in French and have tea and whatnot in them.

I wouldn’t advise coming here while the sun is out, as emerging after a couple glasses of booze might be too much of a shock to the system, but it makes for a pretty cool late-night stop for a cocktail or two.