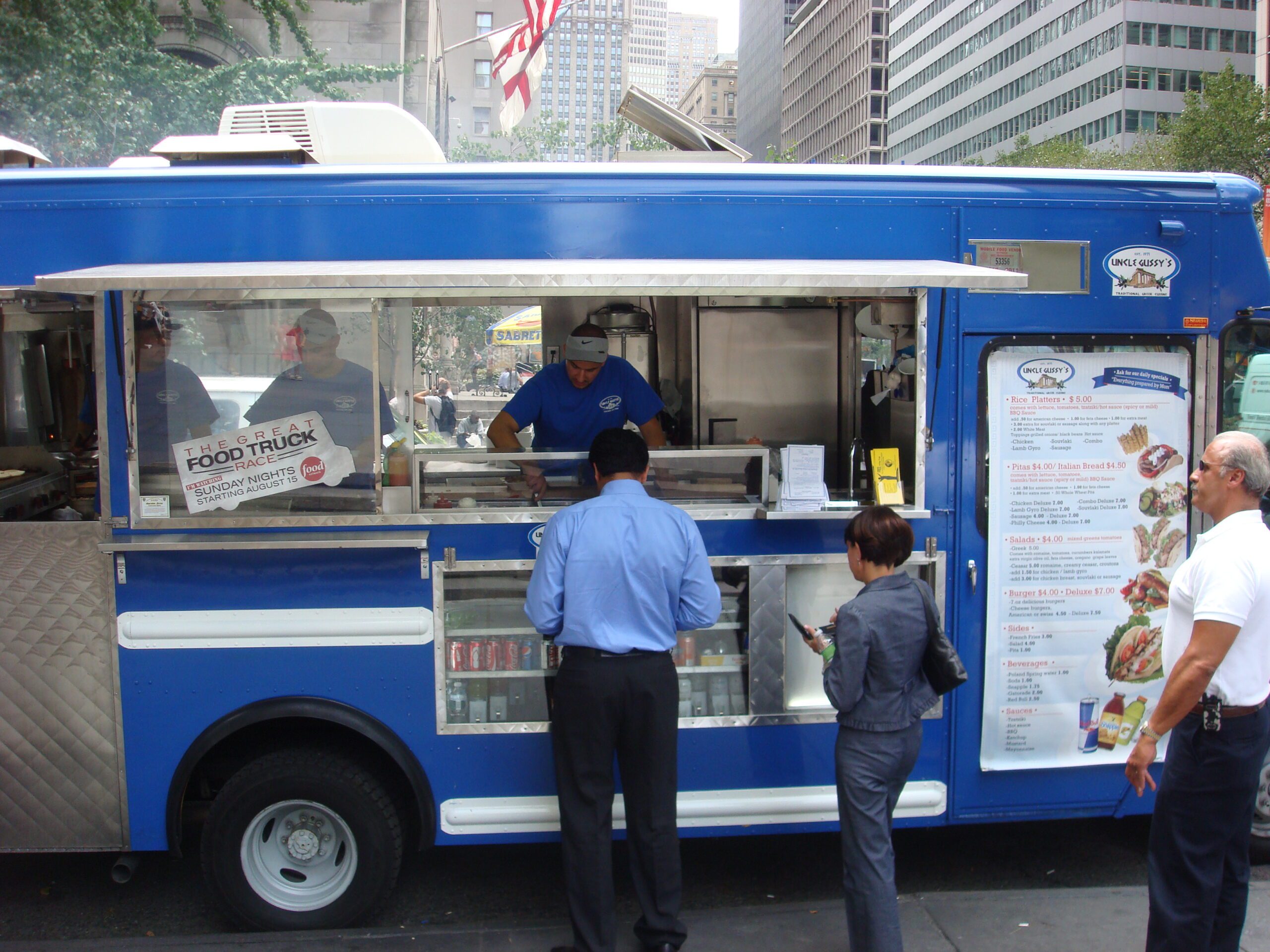 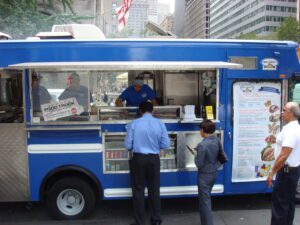 I’m not sure what’s up with Greeks and their Uncles. In fact the whole uncle concept is kind of creepy. There was a time when I thought eating food that was cooked in a truck was creepy too, but I’ve gotten over it. And while most of the stuff I tend to order from street meat carts and trucks is Mediterranean in nature, it ‘s almost exclusively from the other side of the Mediterranean. So I was excited to see that they had Greek out there for our Midtown consumption, and shouldn’t have been surprised to find out that Greek chicken over rice is almost exactly the same as Halal chicken over rice. Granted these guys tend to salt their chicken a bit more, add a little more char and cut them in larger chunks, but when it’s all thrown together it had a very similar feel. The thing I do like over its competitors is that nice black that coats 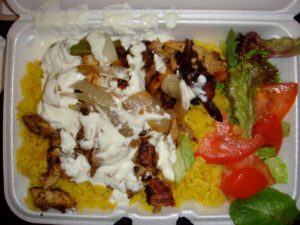 the chicken and the thickness of the sauce that is less sauce and more tzatziki (which is, for all my clueless friends, a yogurt-based topping with cucumber and garlic and whatnot). Of course they don’t use authentic tzatziki, as it would be tough to suit that shit out of the old-fashioned ketchup bottle that all street vendors tend to use. That all said, I wasn’t as thrilled with the outcome of the platter as I had hope, as it looked like it was gonna really kick ass, but it was certainly tasty enough (and cheap enough at $5) to make me want to go back to the islands for another go ’round with somebody’s uncle. [MF]