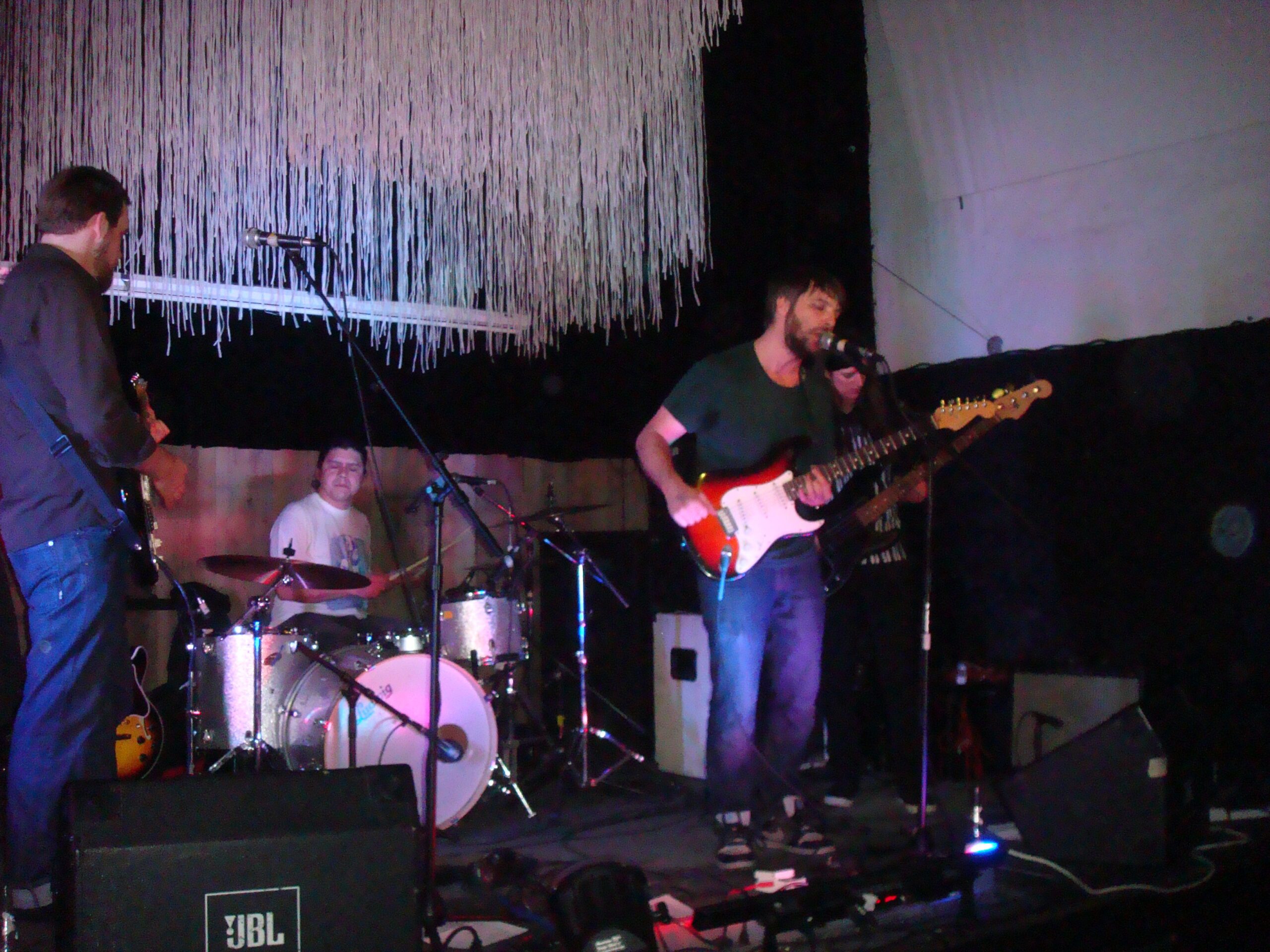 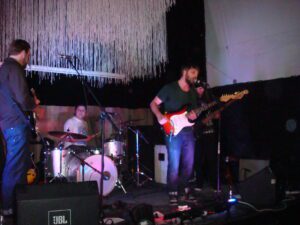 There are more music spaces these days in Williamsburg than there are ironic mustaches on the M train. Even semi-hidden ones like this one. Squirrelled away in the back of The Lovin’ Cup Cafe — a small joint in its own right — it’s almost shocking that someone gave the okay to let bands rock out in what amounts to a the back room of a local gourmet pub and grub. It’s not as if the route to the space is even clear. I mean it’s not like you have to pull the red leather bound version of The Sign of Four in order to swing open the hidden book case and then say abracadabra to a mechanical owl in order to gain access, but you do have to wend your way past the kitchen and the bathroom, down a hallway and through an unmarked door. And this is what makes Williamsburg Williamsburg, I suppose. Hip means not giving a shit that your joint is casually inconvenient. Of course once in the space, it’s a pleasure. There’s a small bar near the entrance serving Miller High Life the night I was there, along with some other beers, all of which were super-cheap during happy hour and not completely gouge-y afterwards, and the venue (so to speak) itself is remarkably spacious considering its hidey-hole persona. It’s not like Hammerstein or anything, but my co-worker’s band, Dirt Bikes, packed in a cozy crowd, all of whom had good, unobstructed spots to stand, easy access to booze, and sound that neither disappointed, nor made ones eardrums drip anvil juice (if such a thing existed). They, of course, rocked, but the place itself was up to the challenge as well, even with the bizarro origami/paper squid monstrosity hanging over the small stage area that continually drew my attention away from the performers as I wondered how something made from bright white paper was expected to withstand a room full of people just aching to chuck beer or something wet at it and watch it molder. The high-ceilinged room was also decent for drunkenly hanging out after the gig, trying to get my hipster card punched. [MF]