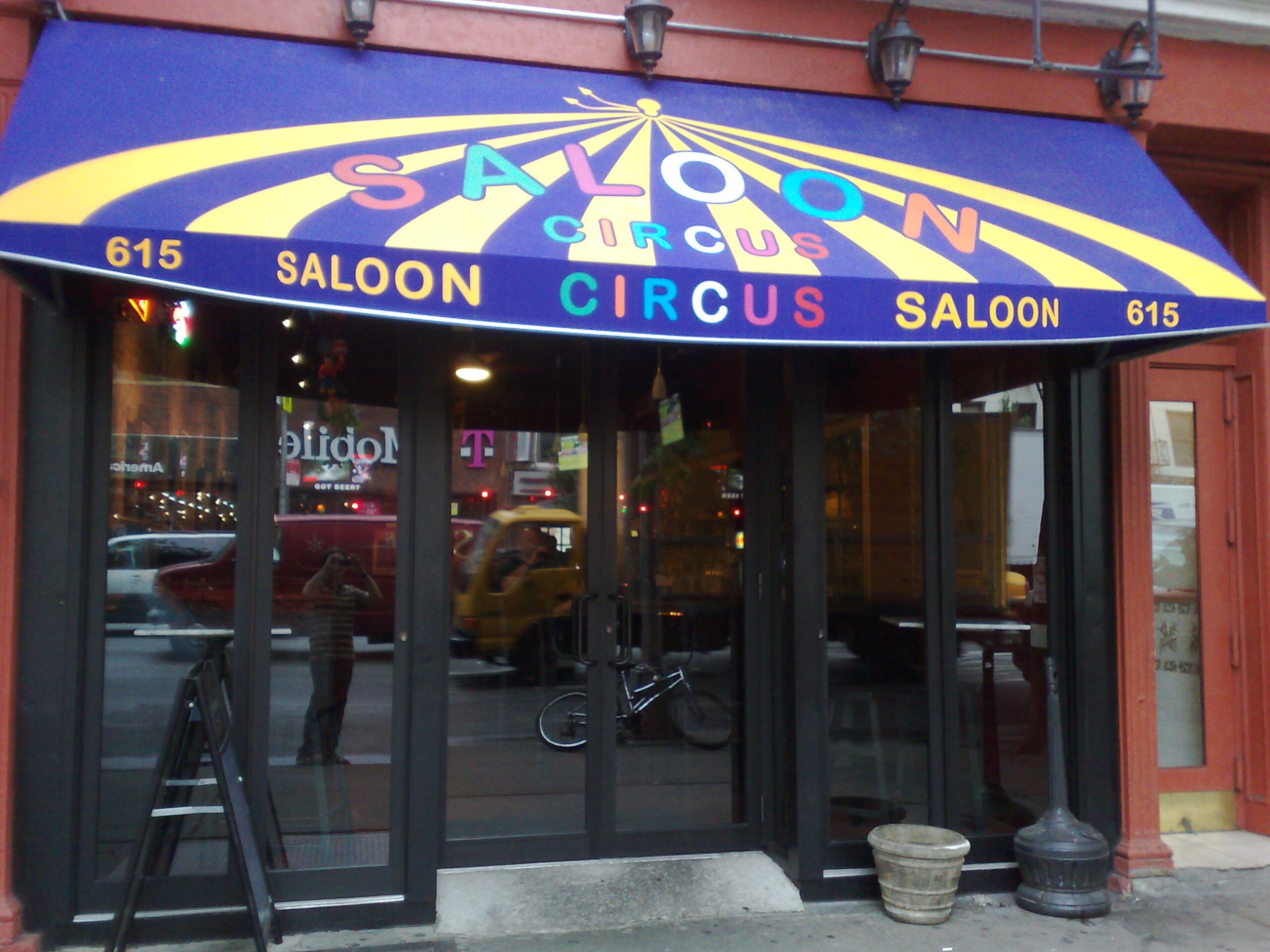 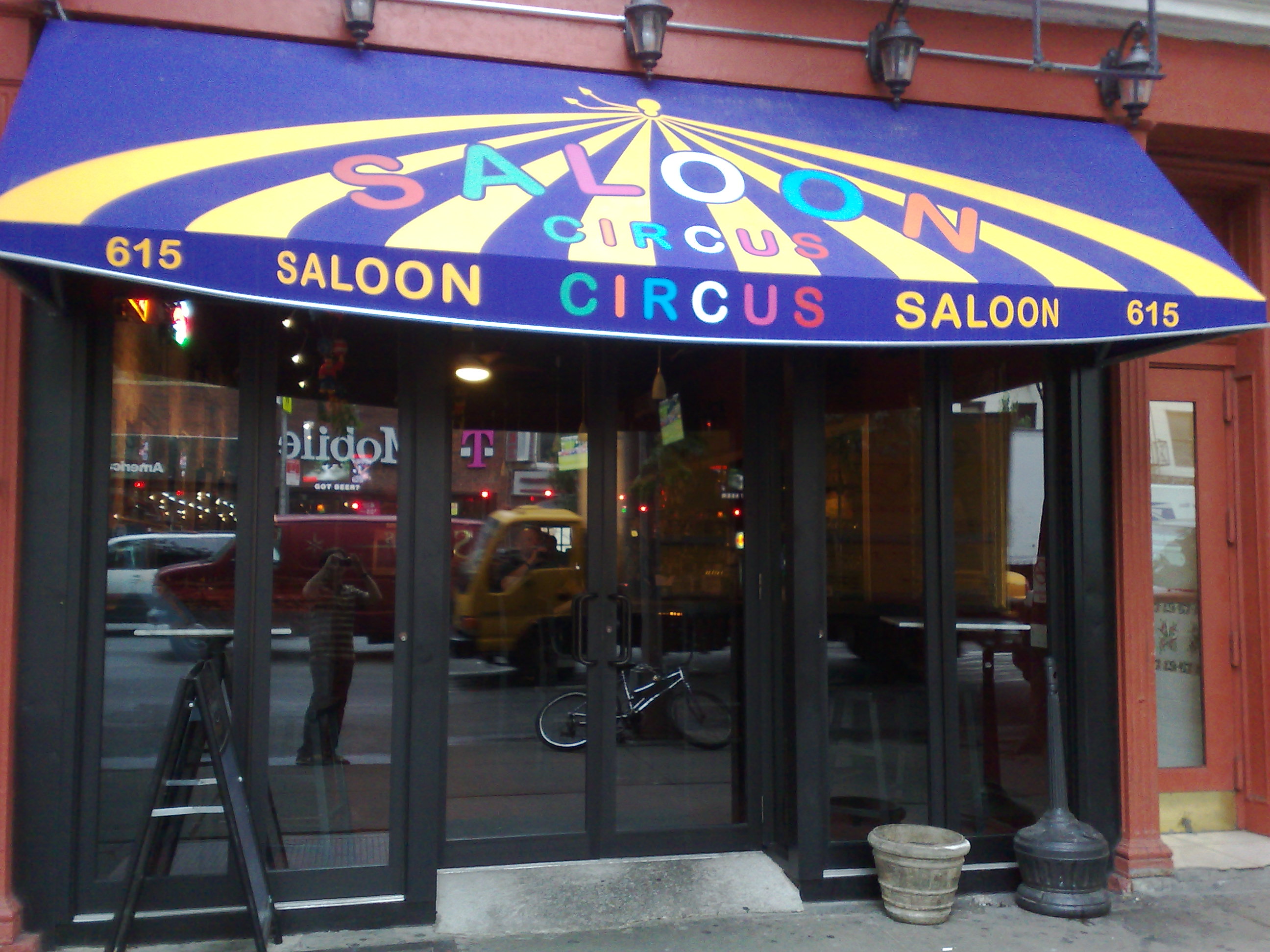 When somebody suggested going here after a night of bowling debauchery all I could think about were those horrible scenes of horrifically skinny concentration camp inductees standing naked and being deloused with a giant puff of white powder. The drunk, frightened mind will conjure all sorts of things when faced with an almost certain bad time. I had walked by Circus on several occasions pinching my nose to stanch the oozing stink of stale booze and old man parts. The ragged awning with its big top colors and goofy carnival shit belied the sad clowns dotting the bar inside this wreck of human flotsam. Well, it seems they’ve cleared out most of the vagrant population and updated the joint, making it inhabitable for homo sapiens, and not just rattus disgustingus. Now, instead of feeling like a dumping ground for OTB and soup kitchen rejects, it’s more of a rapist on parole, one drunken swing at a cop from strike-three kind of joint. You can put lipstick on a shithole but… We bunkered in a back room and enjoyed the relative peace of any generic bar in any generic neighborhood. Would I ever enter a clown-themed bar on purpose, or without the pressure of a larger group? It’s up there on my list with setting fire to a puppy and performing an endoscopy examination on Rush Limbaugh (numbers 3,045 and 667 respectively). [MF]