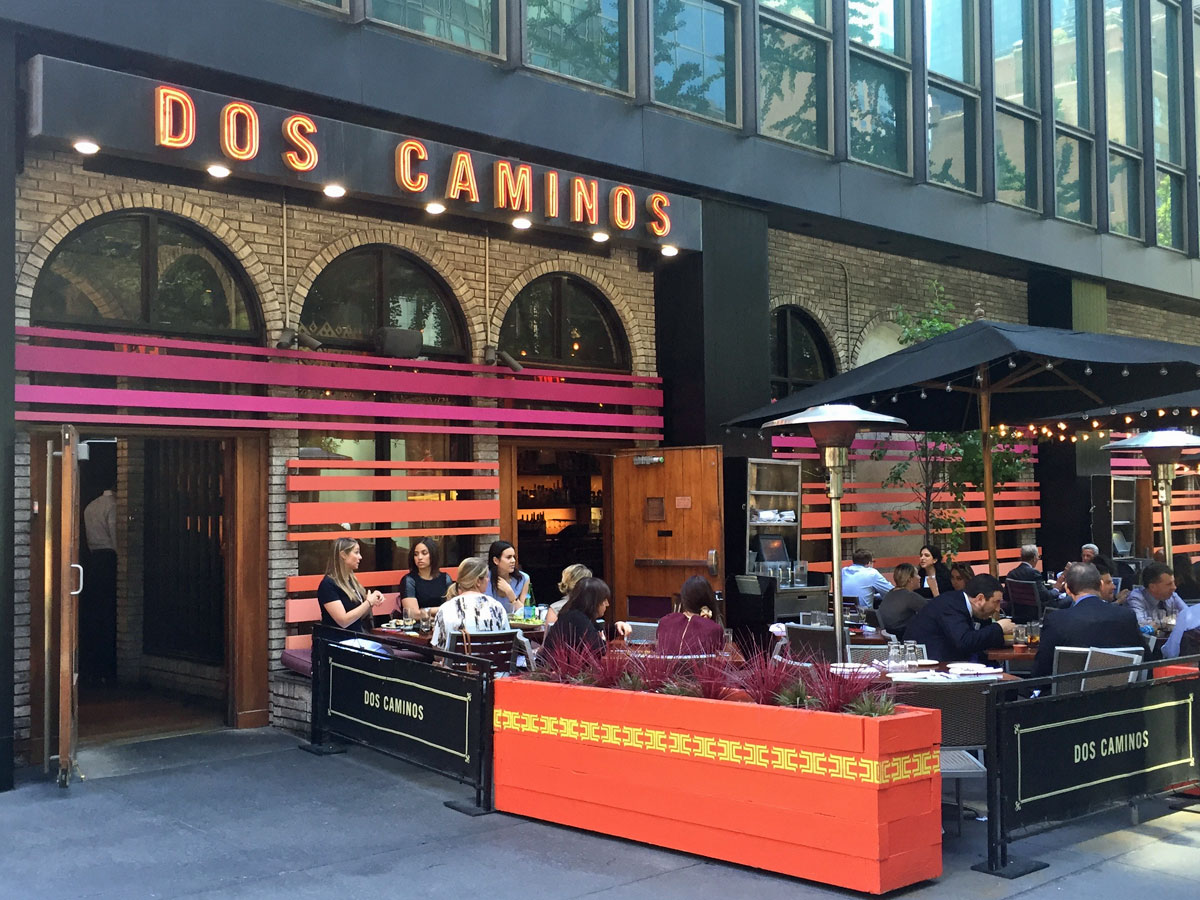 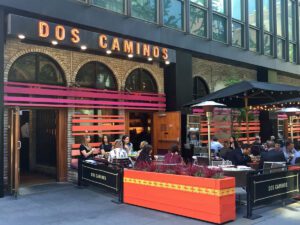 Not to be confused with Dos Toros, or even Tres Carnes, Dos Caminos is Spanish for “Two Sweatsocks.” Wait, what? Sorry, Google translate fail. Apparently it’s Spanish for “Two Roads.” Well, these roads don’t diverge in a yellow wood, but rather at the awful Midtown-East corner of Third Avenue and 50th Street. Awful in the sense that Midtown East itself is like the worst the city has to offer in terms of culture, beauty and class of any kind — or at least anything remotely identifiable as interesting. Dos Caminos itself kind of mirrors the neighborhood itself, bringing with it a kind of Houlihan’s or maybe the Houston’s of chain Mexican grub. It’s not that the food is bad — and some of it is actually semi-tasty — but it’s like the weird corporatized version of Mexican food that seems like it should always be served with a side of artichoke dip and parmesan bread.

There’s also the matter of the space itself. It is insanely cavernous. I went there with some folks from work and were seated downstairs in what felt like the basement housewares floor of a Macy’s. It wasn’t decorated as such, but it was equally as meandering and subterranean. Finding the bathroom required a map, a compass and a divining rod. We also did one of those things groups do when ordering on someone else’s dime and when nobody really has an opinion in terms of what they’re eating: we way over-ordered. We ordered like 27 street corns and were lousy with this skillet corn bread stuff and I think there were some plantain empanadas and perhaps some ceviche of some sort. The food was rich and cheesy and creamy and burnt in all the right places. And by the time we scooped the last glop of guac and hoisted the last tortilla filled with queso fundido, we wondered why we bothered ordering main courses at all. Because, like its American brethren, the food is more about group-pig-outs than it is about enjoying authentic and gourmet eats made with nuance and panache. And, don’t get me wrong, this type of thing has its place in the world, but by the time my burrito rolled around, I might as well have been eating a rolled-up towel smothered in sour cream and mole. I recall my stomach seizing at the site of it. In fact, I think most of my crew moaned at the thought of eating anything more. It’s our own fault, after all, but I’d say Dos Caminos shares some of the blame in pushing those apps and drinks above and beyond what should be the main-course star — even if we all know the waiters get bonuses for nailing the upsell at chain joints like this.