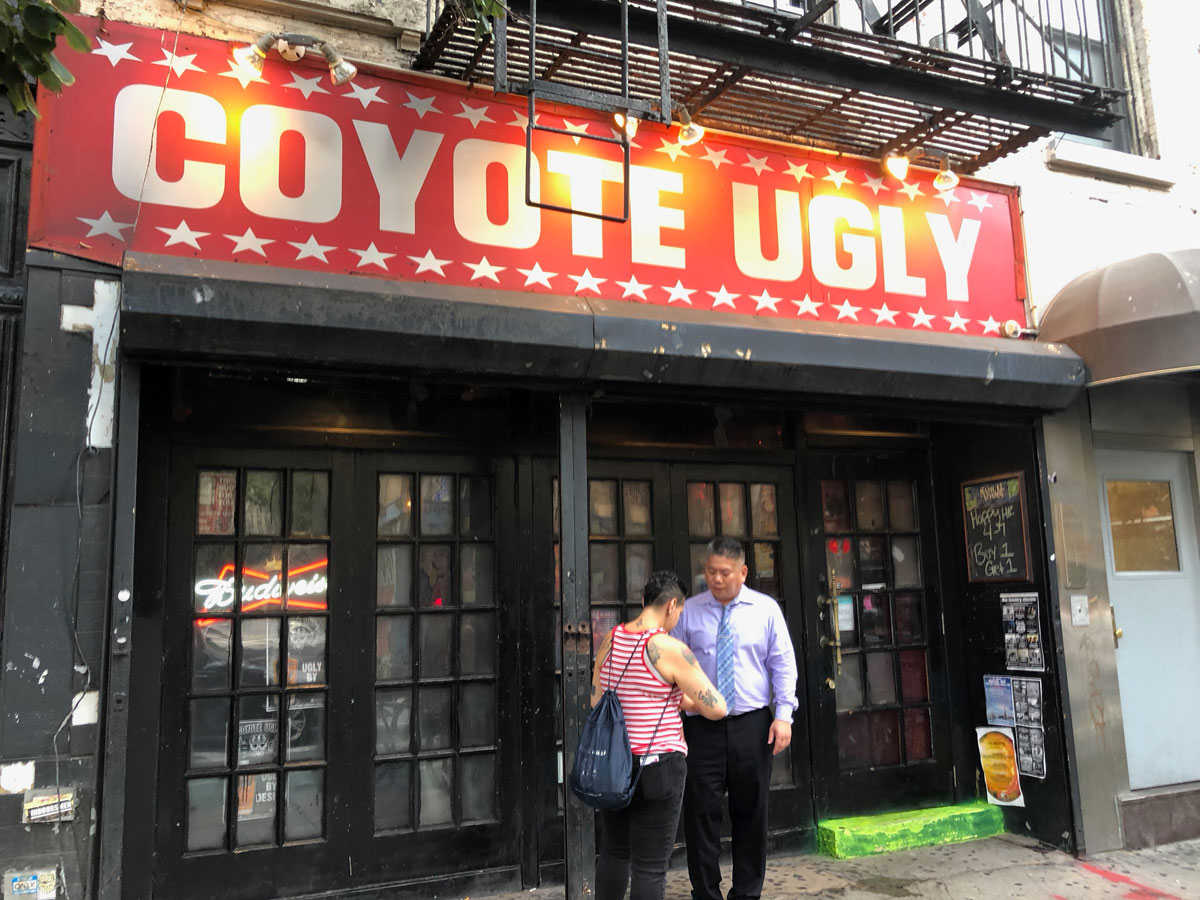 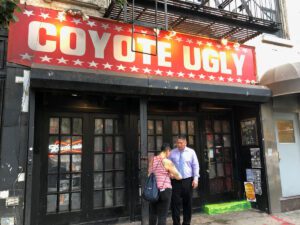 Let me start off by saying that those of you going here expecting to see Tyra Banks (or even Piper Perabo) are in for a rude awakening. Those women make a living by working out, eating right, conditioning and moisturizing. The real women of Coyote Ugly make a living by drinking vast quantities of caloric booze and staying out until 4 am every night. Alas, like most real-life stories turned Hollywood fiction, the actors playing the rolls of real people are far more palatable than the real people themselves (otherwise, somebody like Larry Drake [Benny] from L.A. Lawwould have played John Nash in A Beautiful Mind.) Granted, we’re not saying the ladies here are by any means mentally challenged, but they are certainly not going to be walking away with any seven-figure Revlon contracts in the near future. Don’t get me wrong, I don’t really mean this as a slight against the women working here (despite how it sounds); they are perfectly lovely, but I’m just trying to separate fact from fiction. Let’s move on… This is one of those bars that feels as though you ought to bring a stack of twenties with you, as you have more of a chance of seeing naked boobs here than you do on your average late-night flip through on Cinemax. Unfortunately, all the twenties in the world won’t get you a beer while the ladies behind the bar are on top of it dancing. Yup, no service while the entertainment is going on. After their third time dancing to that dreadful Sexbomb song, I thought I might track down the DJ and slit him ear to ear with the sharp edge of my torn PBR can. I don’t know about the rest of you out there, but frustration is not a big aphrodisiac for me. When I go to a bar, I want to hang out and drink. If I want to go to a show to watch people dance (not that this would ever happen), I’ll put on a pair of my better jeans, sit in my seat and shut the hell up. I don’t know, the whole premise of dancing on the damn bar just seems contrived and tired. There’s no feeling of spontaneity, just the feeling that these bartenders are trying to milk the mostly male crowd for bigger tips. The patrons who get up there seem to be doing it out a sense of drunken mischief and/or blind intoxication. To illustrate this point, we saw three heavy, middle-aged women climb on the bar and gyrate in unsavory ways that made me embarrassed for my parents’ whole generation. This isn’t a condemnation of these places as a whole, only a matter of preference. There is certainly something to be said for these country western, chicks on the bar, hootin’ and hollerin’ kind of joints. They cater to the base creature in all of us that wants so badly to be able to let go of our inhibitions and pretend for a night we don’t work behind a desk ten hours a day, shower every morning and obey the law to the best of our abilities. It’s just a shame this reckless abandon couldn’t be more organic. [MF]