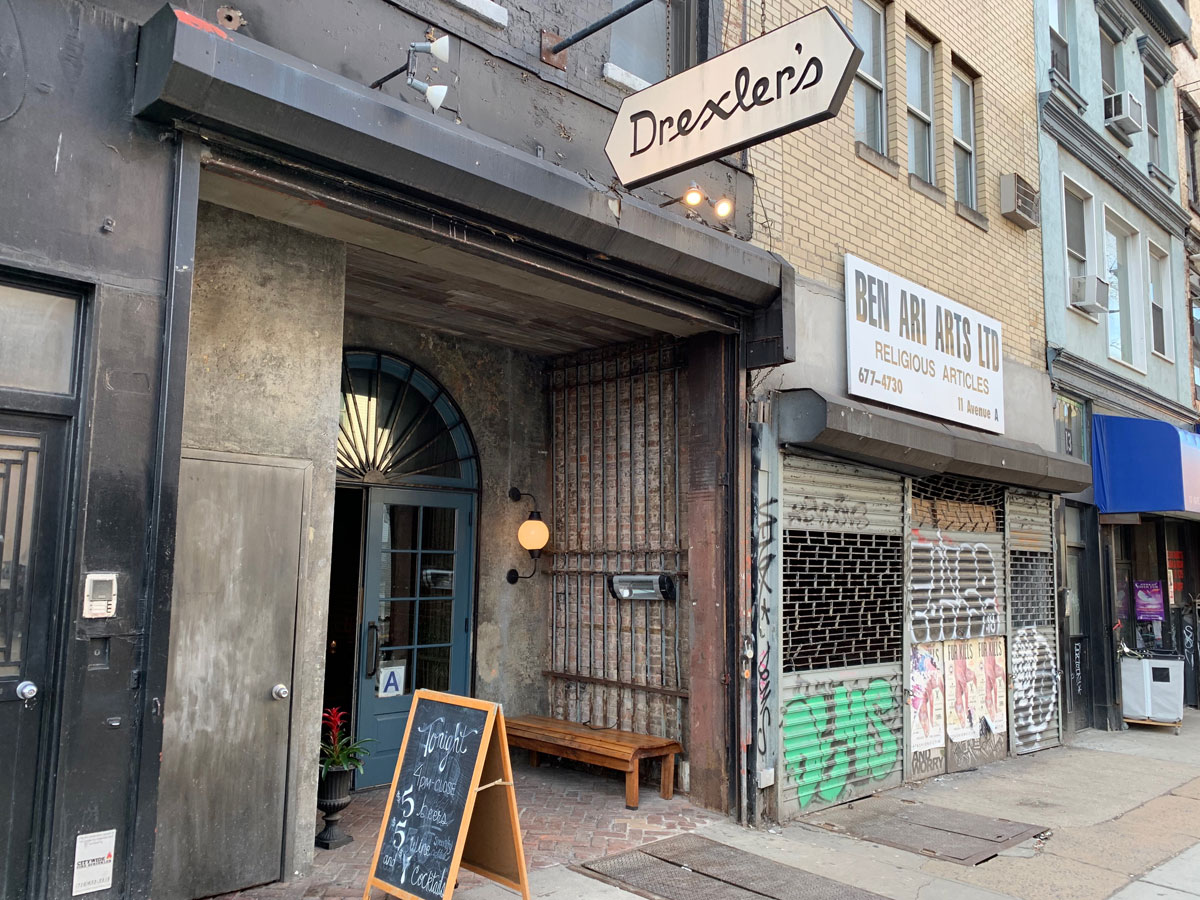 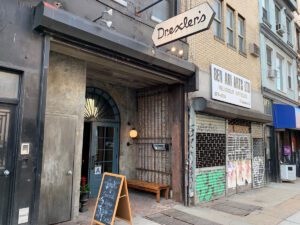 Fancy doesn’t usually fly in the East Village. Or maybe that’s my 1995 brain talking. But, as it stands, Drexler’s is certainly more on the fancy side than it is the dumpy and/or divey side. Granted, I don’t think you’ll find any dukes or duchesses squatting at the wood-laden bar, but the zinc accents, considered lighting and matching bar stools puts it a cut above your average East Village shitshow. Also its focus on cocktails makes it unique amongst the shot-and-a-beer or PBR joints that market to the local youngsters. Granted, this bar definitely had its share of young people in it, but they were like paycheck-earning types with disposable cash and something less transient than a Paypal or Venmo account.

I’m not really sure what you’d call the style/decor here. It’s like a mashup of some of the classier New Orleans bars I went to and like a prohibition-era, bathtub gin joint? There is exposed brick and wood and octagonal tile floors. They could have gone the McNally route, but it’s a little too dark and incorporates too much wood, both bleached and otherwise. It’s honestly a little confusing, but I’m sure someone had a vision that wasn’t quite as Ethan Allen as it comes off. Whatever the case, I sat at the ground-floor bar, which is comfortable, but cozy, watching a couple young ladies working on a PowerPoint presentation of some sort at one of the tables. It seemed an odd place to conduct any kind of business that involved a Microsoft product, but I suppose it’s more charming than a Starbucks.

My interior decorating quibbles aside, the bartender was a cool guy who I believe had a waxed mustache or lots of tattoos. Or both. Or maybe I just assumed a mustache because that’s what mixologists have these days — and everyone but me is covered with tattoos. Like a stupid amount of meaningless tattoos. But he did make a mean Manhattan and served it with aplomb, so he could have had “tramp” tattooed across his forehead and I would have been okay with it. Mostly because my ire for millennials is tempered by well-made booze concoctions. Anyhow, this joint makes for a decent pop-in for one of their $13 cocktails. Or, even better, come for happy hour, where the booze looks to be half price. Just watch out for the PowerPoint twins; they’ll bore you to death with synergy and their agile approach.