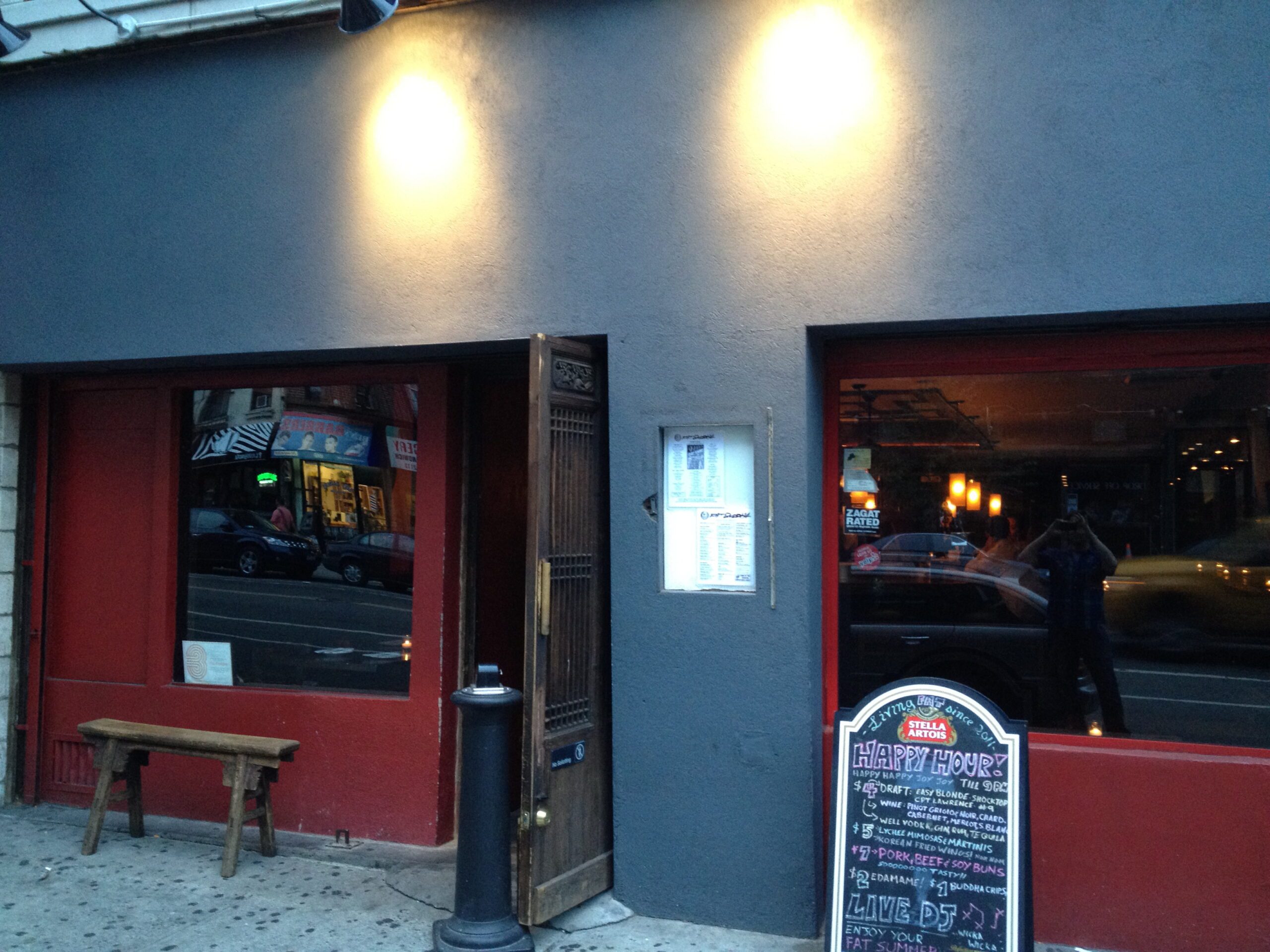 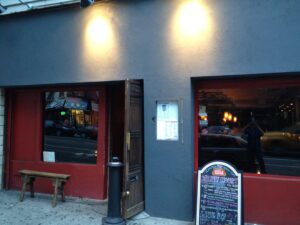 I walked in this joint wondering almost out loud why the hell I was doing it. “Self,” I said, “There are like three zillion cool bars in this city and this sure as shit doesn’t seem to be one of ’em.” I had to literally will my feet, one in front of the other, to carry me into this non-descript gray block of a restaurant. My fears were immediately confirmed when some dude called me ‘sir’ after I sat at the ginormous centrally-placed bar and he wanted to see if I’d move over so he could sit with his bros. That enormous bar takes up literally 80% of the whole space like some 1980s Spring Break spaceship that landed like a fat man’s ass on a French commode. The decor is a hodgepodge of a kitschy pop Chinese minimalism and whatever tile was on sale at the Lumber Liquidator that week. The space certainly doesn’t inspire, and neither does the ceiling and recessed lighting, which look as if they both survived the upstairs neighbor’s assault by overfilled bathtub. That all said, they were playing old De La Soul, which always makes me happy. So I can forgive a half-assed, cockamamie bar setup every time if there’s cold beer and old-school hip-hop. I’m such a softie. [MF]