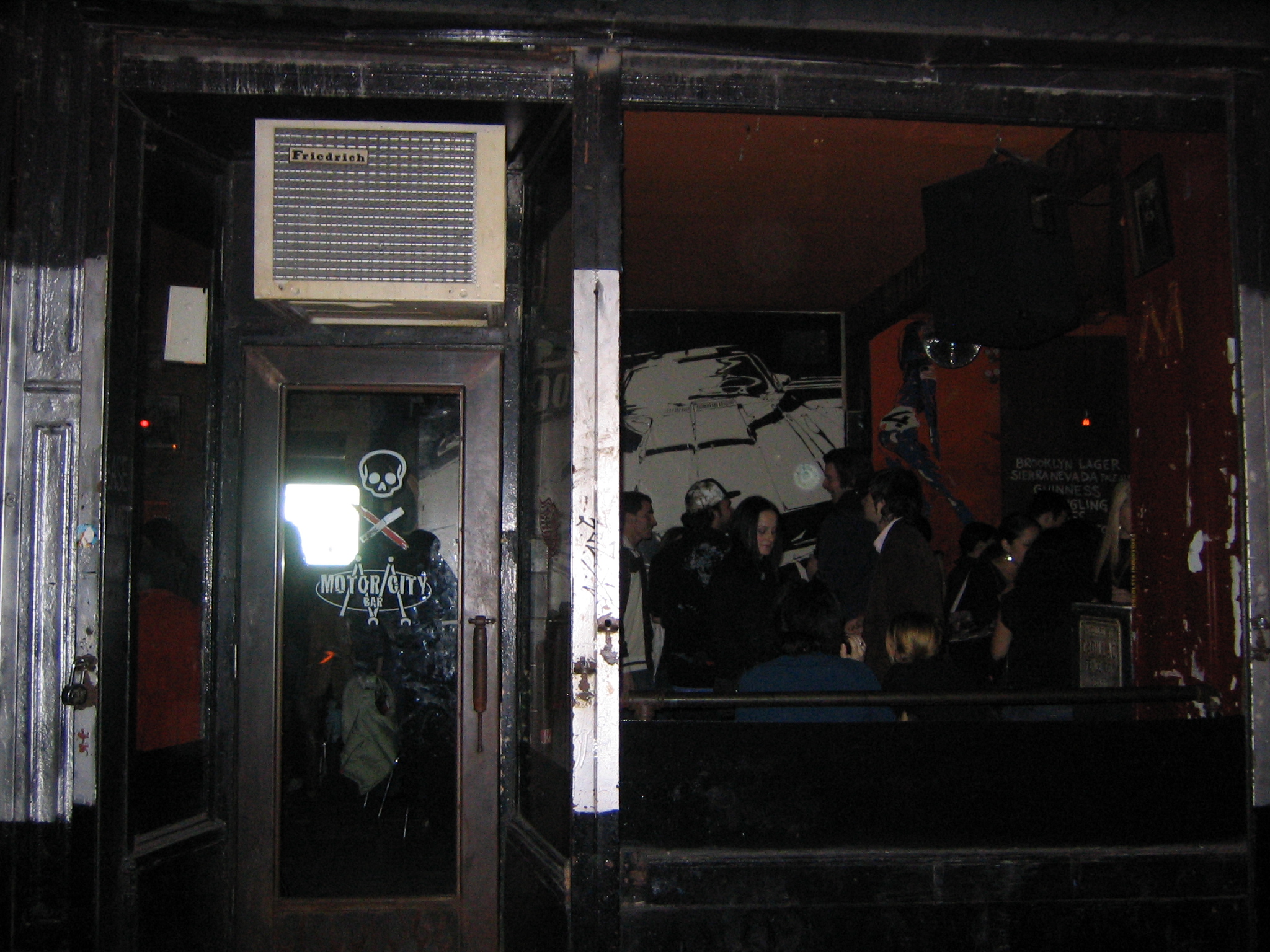 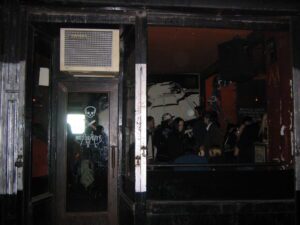 I could just as soon fix a space shuttle as I could an automobile. Lifting the hood of my car does nothing but point to my ignorance and make me feel like a six-year-old girl on her first day of ballet class. I’ve owned a car for two years whose engine has seen the light of day a total of twice–once on the dealer’s lot when the salesman wanted to point out the sparkplugs or whatever and the second when my father-in-law further pansified me by asking that horrible question: “what’s this baby got under the hood?” It turns out the answer to that question is not much but a black monolithic looking thing that must be the engine. Point being is that I belong in a place called Motor City as much as I belong in a place called Dykes-a-Drinkin’. To carry the illusion of Detroit and the automotive theme even further, the bartender has her bottle openers hanging from those coily air hose things that you’d see in a garage. The place itself feels like what I imagine the backstage of an old-time Social Distortion show might feel like. All the characters are present, including a couple pompadour dudes with the compulsory skull tattoos. There was also an insane middle-aged Russian dude with breathe that could smelt iron girders who had me and the Mrs. on the long sell. He told us about the screenplay he had and how people stole his money and that ugly dudes with beards like him get no breaks, and that some guy at the YMCA stole his good shoes, etc. And then came the pitch … Which I was drunk enough to laugh at and send him on his way. Despite the general annoyance, he was slightly entertaining, and the bar itself was enjoyable and really up my alley. I’m still having a little trouble getting the Vaseline out of my hair, but I still probably had the cleanest do in the joint. [MF]